A History Lesson From Ukraine

This was cross-posted at another website and I am sharing here.

It has been a couple of months now since the Russian government decided to launch a major military invasion operation against the former Soviet “Republic” of Ukraine. The explanation offered by Russian officials–not just Russian Overlord Vlad Putin–is that Ukraine, as a potential member of NATO, became a security threat because that situation would afford Western countries the opportunity to deploy first-strike nuclear weapons right on the border with Russia. Taken at face value, such rationalizations seem legitimate. After all, such rationale is very similar to the rationale used by the Bush administration to attack Iraq in 2003–a perceived threat taken out before the perception became reality. In one instance, many citizens of the several states of the United States support(ed) the actions taken by the Bush administration (even to this day), while with the other, Russia’s actions are lambasted and the rationale ridiculed as disingenuous.

As a philosophical exercise, it is important to step back and assess the situation as it was in January of 2022. After years of back and forth between Russian, Ukrainian, and Western diplomats about the prospects of Ukrainian admittance into NATO and protecting the interests of Russian-speaking Ukrainians in the eastern provinces, Russia claims to have been painted into a corner with no other option than to launch this military operation currently unfolding. Whether one thinks Russia justified or not, no one can objectively deny or ignore the fact that there was a credible attempt to admit Ukraine into NATO and that such an act would be followed by Western militaries deploying forces to that country. One also cannot deny that Ukraine very visibly invited such a depiction of events. Putting yourself in the shoes of Zalinsky, and knowing that you would not receive any of the blame from the Western media, and further knowing that the Western media would keep 90 percent of the actual information away from Western news consumers, would you not invite such a perception to be formed by Putin thereby goading him into a military operation that you can then turn around into a huge PR coup? In essence, is encouraging your targeted enemy to take the first shot not an act of war in and of itself? Is an objective analysis of the situation that does not take into account Russia’s claims make the analysis incomplete? If your answers to these questions “yes,” then you must also conclude that Zalinsky, at the very least, is a co-belligerent along with Putin, and, at the very most, Zalinsky and the West are THE belligerents in this episode.

Part of that history lesson must include the name Kievan Rus, (in most of the rest of the world outside the US and its vassals, words/names still have etymologies and clear meanings) from which both countries (and Belarus) are descended. Their connection predates the USSR by around 10 centuries. I take Russia’s side in this one. NATO (the US) provoked it, knowingly.

Okay, let me hint to all of you that the history lesson has nothing to do with Russia or Ukraine.

There is a lot of history to choose. Maybe all history of war could be used to look for justification on both sides. Since war is really most often State action with little or no legitimate input from the people, determining the belligerents is impossible. We have to come up with a moral justification.

This isn’t to say that there is never a justification for war. The people impacted have little or no say and are often propagandized into thinking they have a moral justification.

It can be argued that Japan was pushed to attack because of sanctions of oil, steel, etc. This isn’t a justification to attack the US, but does anyone believe the people of the US demanded that Japan be sanctioned?

Civilization should advance to have some new rules. Right now NATO’s leaders and Russia’s leaders should be locked in a cage match and the person that walks out alive wins the war. That would put an end to war and having geriatric leaders.

I would pay double taxes to have Lindsey Graham, Schumer, McConnell, Biden and Pelosi have to back up their big mouths by serving in the front line in any of the various nations we have ongoing combat.

Real easy to send other people to die. Too easy. I can’t think of a thing I despise more than big talkers that back up their big mouths with the lives of others. I think this would be the correct definition of politician. 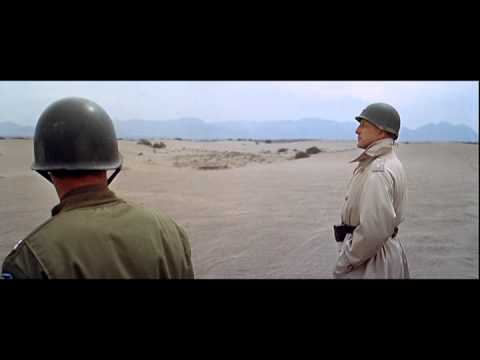 As has often been pointed out, the Ukrainian element of the NATO provocation of Russia started in 2014 with a coup which probably had US involvement and was followed by the kind of killing that Lefties would usually describe as “genocide” against Ukrainians who happened to speak Russian. After 8 years of war on its border, it is hardly surprising that Russia decided to pre-empt apparently planned further Kiev regime assaults.

How would the US have acted if French Canadians had been killing English-speaking Canadians for the last 8 years (with not too subtle support from France) and now were openly planning a major progrom?

We can look back to World War I, and the now clear illegal provocations the US Administration arranged with the Lusitania to make sure it was torpedoed by Germany, thereby giving the US a casus belli to enter the European war. FDR did something similar in WWII to provoke the Japanese to attack – and the US responded to Japan’s attack on Hawaii by first invading … North Africa?

We like the other guy to throw the first punch, so that we can adopt the position of the morally pure injured party. The Russian approach appears to be that – if you can see trouble is unavoidable – take the advantage of getting in the first blow. Just another one of those cases where the US/EU/NATO drives on one side of the road while Russia/China/India/Brazil/Rest of the World drives on the other – just different, not better or worse.