I am liking the new Chinese aircraft carrier 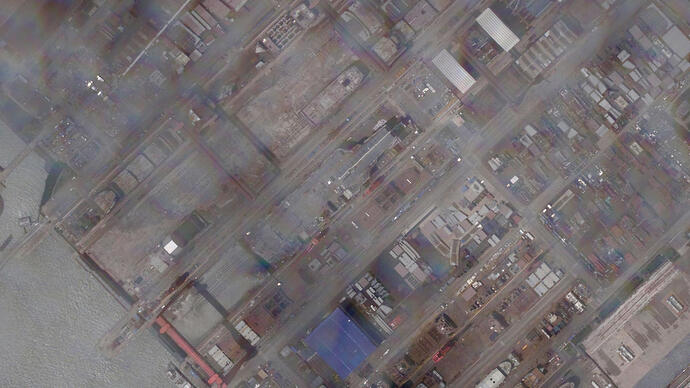 China’s most advanced aircraft carrier to date appears to be nearing completion, satellite photos analyzed by The Associated Press showed Friday, as experts suggested the vessel could be launched soon. The newly developed Type 003 carrier has been...

It will be the only non-US, non-French CATOBAR carrier in service.

Amazingly, they are using electromagnetic catapults a la the new USS Ford without ever building a steam catapult carrier.* If it works, it will be a feat.

Another interesting feature is the three catapult system. That’s highly sensible. The two waist catapults on US carriers are often of limited use due to occupying the same space that aircraft need to land (and due to deck clearance issues for heavily laden aircraft on the Nimitz class). Getting rid of one saves weight.

Over a number of years, I have read about Chinese anti-carrier weapons - including ballistic missiles. They also surprised a carrier task force about 10 years ago when an undetected Chinese sub surfaced within easy striking range of one of the US carriers. I wonder what (if anything) their launching such a large capital ship says about their assessment of carrier survivability.

They know that their adversaries (including the US) do not have long range anti-ship missiles. So that’s one thing they do not have to worry about.

Also, a big use for them is to project force against second and third world countries who act against China’s mercantile interests. So attack by advanced submarines is not an issue for that.

As CTLaw points out, an aircraft carrier might be very useful to keep in line some of the less technically advanced nations in Africa & South America where China has growing commercial interests.

Another factor in choosing to invest in aircraft carriers could be simply the learning experience. One of the best ways of learning the strengths & weaknesses of the enemy’s (our!) ships could be for China to build and operate one itself. An analog might be the USSR’s construction of a space shuttle – which convinced them that the US was barking mad in claiming that a shuttle was a cheaper way into space.

To cover the pessimistic view, perhaps the analog to China building the largest navy on the planet, complete with the most advanced capital ships such as aircraft carriers, would be the Kaiser’s Germany building a navy which potentially threatened the supremacy of England’s pre-WWI Royal Navy. That did not work out well for Germany – or really for England either. Will history rhyme?

That may very well be, but do they have Drag Queen Story Times at 1030? 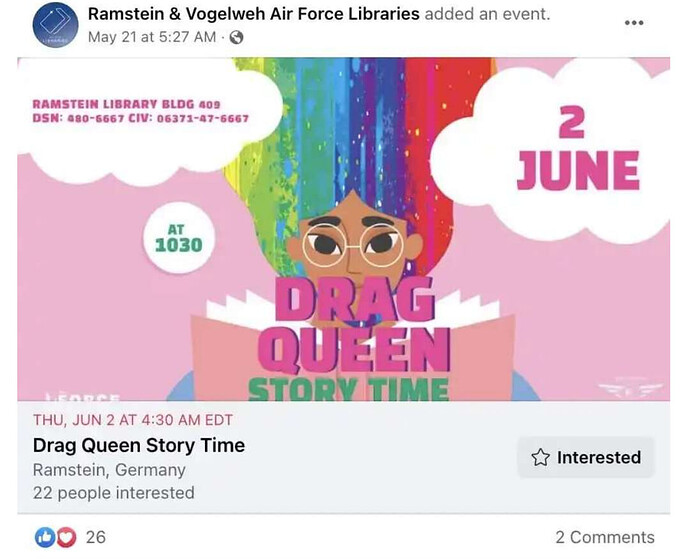 An analog might be the USSR’s construction of a space shuttle – which convinced them that the US was barking mad in claiming that a shuttle was a cheaper way into space.

The real advantage of a shuttle is bringing things back from space. And there the Ruskies had us beat because their Buran shuttles would not carry main engines back. Plus, we never got the degree of reusability predicted. So the return of the engines was not worth as much as it should have been.

But most missions do not require payload return. So it only made sense as a smaller part of a larger program; not as the main delivery system. And there the Ruskies got a twofer: The Energia that carried the Buran shuttle could serve a s a heavy lift vehicle without the shuttle.

A single Type 003 carrier plus the STOBAR Type 002 plus some of their numerous advanced destroyers would make a formidable strike force against a country with a small modern military.

Conflict conventionally is thought of in military terms – but there is the standard danger of preparing to fight the last war. I suspect that much of China’s impressive military advances are really their Back Up plan; their Prime Plan is to win without fighting, through control of trade.

Without Chinese imports, much of the Western world would grind to a halt. China has gone from effectively a nonentity to the world leader in the manufacture of steel, ships, trains, automobiles in about a quarter of a century. China is competitive in space and in R&D.

The key areas where China currently lags are aircraft (they are working on that) and high-end computer chips (they are working on that too). It is a reasonable guess that within a decade, Airbus & Boeing will have to offshore much of their aircraft manufacturing to China in order to remain price-competitive, and that either Taiwan will have joined the Mainland or that Chinese advances in high-end chip manufacturing will have caused Taiwanese companies to move their production to China to remain price competitive.

At that point, it is Game Over … without a single shot having been fired. The rest of the world will do what China tells it to do, rather than risk being embargoed.

Since we are on the topic of the Chinese military, please let me link to this China Army Day video again. Not a single transgendered person with two mothers in sight. General Milley would not approve.
New Chinese military video brimming with its latest weapons - YouTube

Given TSMC’s close collaboration with ASML in designing and deploying photolithography equipment, I presume they are bringing the required technology with them to China, just as they do with their fabs in the U.S.

My take is their ambitions may be much larger and they have the benefit of preparation and patience. Two data points for discussion: first, let’s see whether China will exit Swift voluntarily - as a proactive preventive measure in anticipation of Western sanctions. They had already been building their local alternative called CIPS starting some time in 2015, with India and now Russia on board (source, source)

Separately, the WSJ reported recently on how (another link via Washington Free Beacon)

China’s Communist Party will block promotions for senior cadres whose spouses or children hold significant assets abroad, people familiar with the matter said, as Beijing seeks to insulate its top officials from the types of sanctions now being directed at Russia.

I wrote earlier on one possible outcome of the conflict in Ukraine being a new geopolitical split between two blocks that will align on opposite sides of almost every single possible topic, from finance to energy, and from climate change to social policy. It’s possible they are further keeping options open to allow them to split away from clown world cleanly and with minimal headaches.

Russia’s natural resources nicely complement China’s technological prowess. And when you consider the gigantic sparsely populated landmass that is literally bordering China, it’s possible the Russia-India-China block would have a dominant position that signif

The rest of the world will do what China tells it to do, rather than risk being embargoed.

The rest of the world may choose to not do what China tells it to do, but rather isolate and nurse growing resentments at the broadening gaps between the two new blocks.

Short term, the rest of the world may not have much choice unless we want to collapse the standard of living. Longer term, who knows?

My guess is that, if we in the West really committed to rebuilding our productive capacity (mines, factories, infrastructure), it would take us at least a quarter of a century, based on the Japanese/German rate of progress after WWII. It might take us longer because of the human side – the need to rebuild the dysfunctional educational system. And obviously we are currently nowhere close to unifying behind that kind of an effort.

In a quarter century plus, demographic changes begin to be important. China will then be suffering from the long term effects of the One Child policy, with an aging population. The US will then be suffering from the consequences of massive uncontrolled illegal immigration of unskilled people with little interest in integrating. Maybe Brazil will end up running the world?

Maybe Brazil will end up running the world?

The problem with that is Brazil can be Brazil only because there is a US. We prop up their industries and Brazilian immigrants to the US send back a lot of money. Take those two things away and they do not have an economy. The same goes for pretty much every country south of the Rio Grande.

We prop up their [Brazil’s] industries

Or, to restate that, we import products from Brazil that we can no longer make for ourselves, and pay in freshly-printed Bidenbucks. To use the Lefties favorite word, that is not sustainable.

Let’s not fall into the trap of short-term thinking. In the two decades since China was allowed into the World Trade Organization, look at how much China has developed … and how much Western productive capacities have regressed. Brazil could look very different in a quarter of a century – or not! Time will tell.

The one thing that is absolutely obvious is that the West is heading for Third World status unless we do a 180, and do it soon.

It was way longer than ten years ago. That was a scandal when I was in the Navy and I got out in 2010. The real scandalous part of the story was that the sub surfaced that close and was undetected by the carrier’s anti-sub networks.

What people don’t understand is that surface ships make so much noise on their own that you will never hear a sub. That was one of the things my ship’s Chief Sonar Tech told me. Surface ships are nothing but targets.