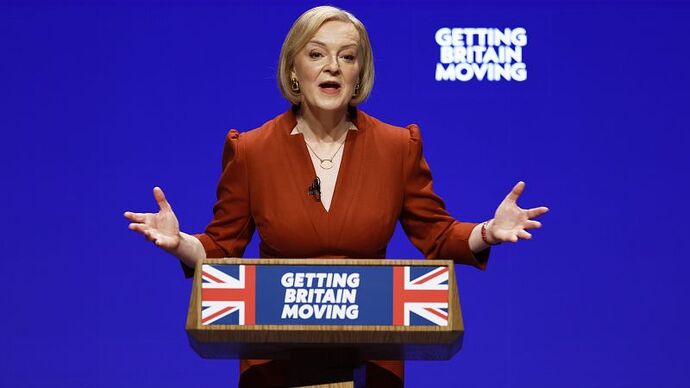 A statement is about to made in Downing Street amid calls for Liz Truss to resign as Britain's prime minister after a disastrous six-week tenure. Get live updates here. 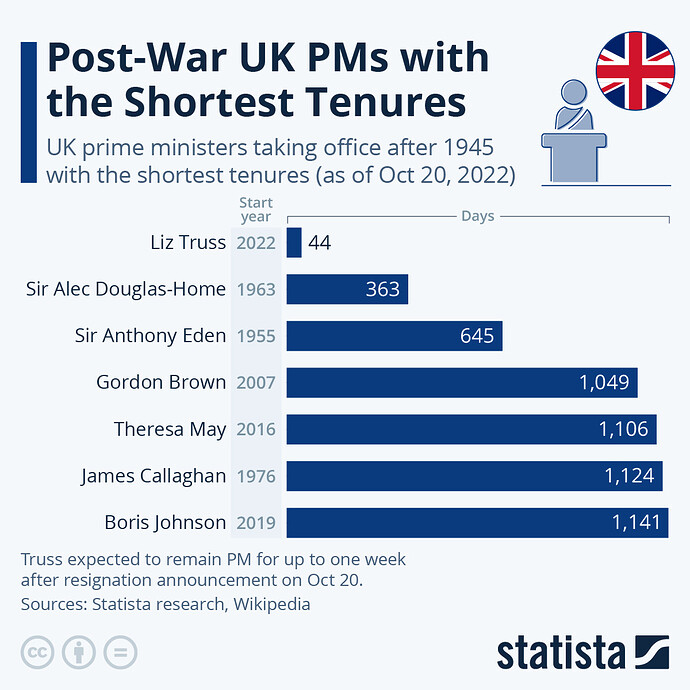 60 days to select someone who lasts 44 days? That sounds rather inefficient!

Ms. Truss clearly was as stupid as she was uncharismatic. But we she felled by her own incompetence? Or was she a victim of manipulation by London’s version of the Deep State?

She does seem stupid, but if announcing a tax cut causes your economic collapse it isn’t due to the person that announced the tax cut. We are so close to economic collapse, but it isn’t due to the overspending, not due to our reaction to COVID, not due to our sanctions on Russia. No none of the past matters. It is just this tax cut that is the problem. I guess people in the West are just that stupid. 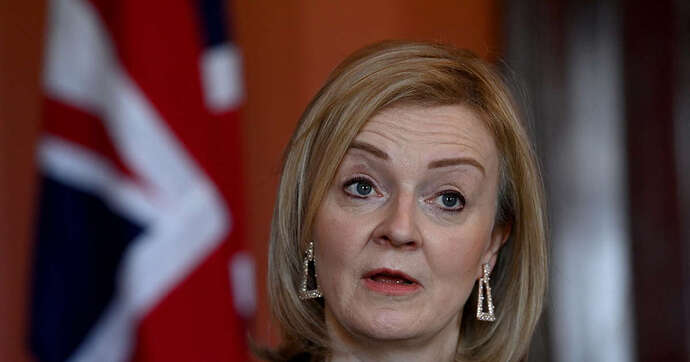 if announcing a tax cut causes your economic collapse it isn’t due to the person that announced the tax cut.

Objectively, tax cuts are to be welcomed. However, the rather stupid Ms. Truss proposed to pay for her tax cut by borrowing and printing even more money – with the UK already deeply encumbered and no plan for how the additional borrowing was ever to be paid back.

If Ms Truss had proposed tax cuts to be paid for by immediate cuts in government expenditures (and perhaps rolling back excessive economy-restricting regulations at the same time), she would probably still have been shown the door – but at least she would have gone down in a noble cause. 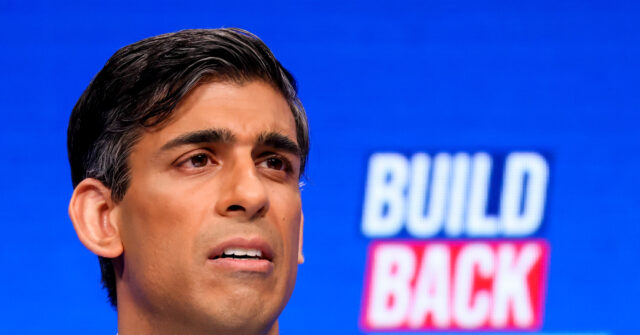 For her tenure as Prime Minister, Liz Truss is entitled to a “Public Duty Costs Allowance” pension of £115,000 per year for the rest of her life. 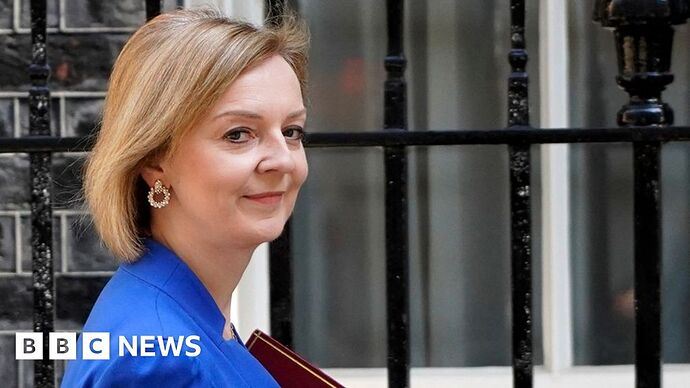 Calls for Liz Truss not to take yearly £115,000 as ex-prime minister

As a former prime minister, Ms Truss would be able to claim the money for expenses for public duties.

And yet that’s exactly what we’re doing.

The FT jumped in, as expected… The piece on Boris’ potential return to #10 scored 3,000 comments - I’ve never seen that before. 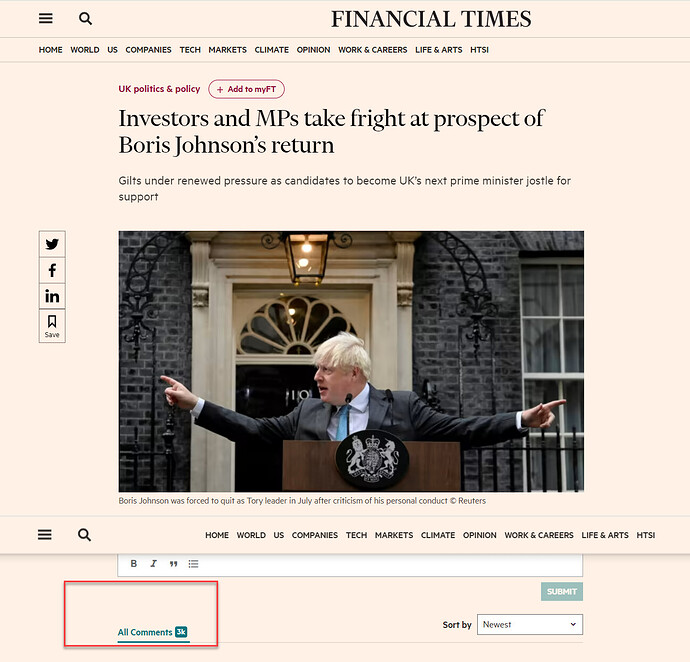 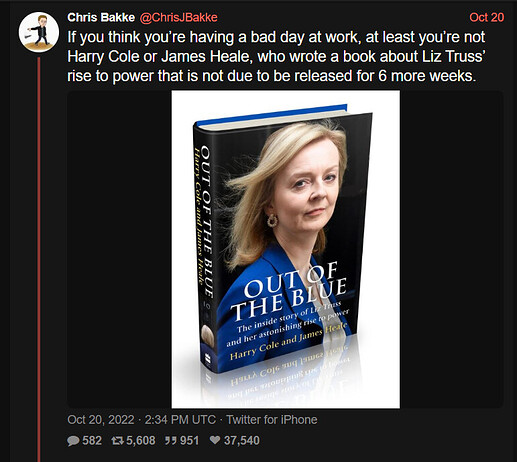 But there is a simple fix… 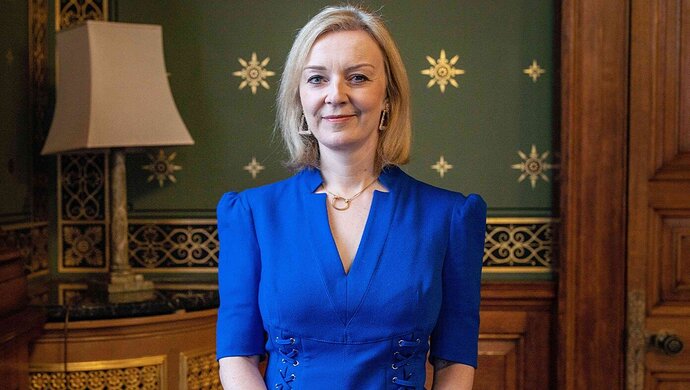 LONDON — Feminists worldwide touted another feather in their caps today as Liz Truss's resignation meant the all-time record for the shortest term by a UK Prime Minister is now held by a woman.

A House built on sand……

My local radio news station is WDEL in Wilmington, Delaware. It is a CBS affiliate. When they reported Truss was quitting they said it was due to backlash from her plan to cut taxes and cut social programs. It’s interesting yours is a different take.