Most of World's Population In the Light

EarthSky observes “July 8: 99% of the world’s population gets some degree of sunlight". 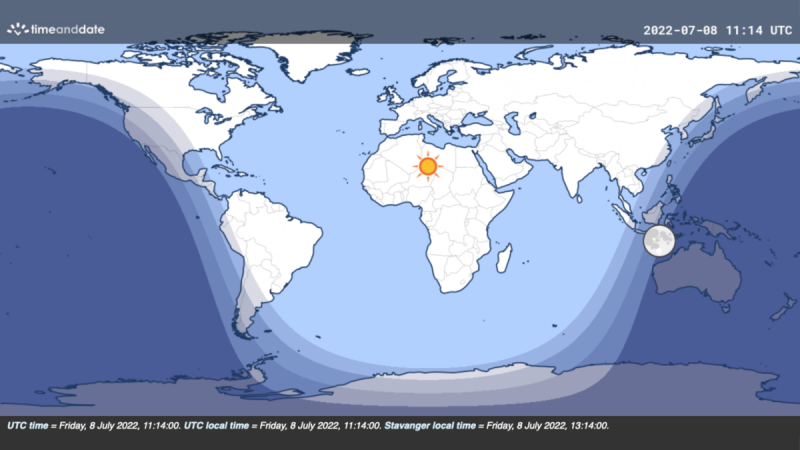 Combining Timeanddate’s sun data with 2022 population data from the Center for International Earth Science Information Network at Columbia University, we found that it’s nighttime for just under 80 million people on July 8 at 11:15 UTC.

That leaves about 7.7 billion people — roughly 99% of us — on the side of the planet illuminated by the sun. Over 6.4 billion of them are in the daytime, while more than 1.2 billion people experience the twilight.

There are many details and quibbles in the article, most about the various definitions of “twilight”, with many people considering “astronomical twilight” indistinguishable from night.

Australians, New Zealanders, and Pacific islanders are in the dark.

It is interesting how the majority of the world’s population found its way on the Northern Hemisphere.

Nothing to do with most of the land mass being in the north and most of the sea in the other half.

No that is part of what I am commenting on. It’s just neat and interesting that is how it broke out in the end.

Well, it would be much harder to have Santa Claus if you lived in the Southern half of the globe. Must be what makes the Aussies so crazy.