On Power, Europe, and the Way Forward

The Great Courses series of lectures can be quite interesting. Prof. Richard Wolfson has a series entitled “Physics in Your Life” which included a demonstration I had never seen before. It should not have been a surprise, but the effect was quite dramatic.

Prof. Wolfson had assembled a simple piece of apparatus – a hand-cranked electric generator with a voltmeter and ammeter connected to a 100 Watt electric bulb. This was a 12 Volt bulb intended for use in a Recreational Vehicle. Normal operation of the bulb would be 12 Volts with a current of about 8 Amperes.

A fit healthy young lady was charged with cranking the generator to produce 12 Volts while the 100 Watt light bulb was turned off. She hit the 12 Volt level with no problem – there was no electrical load on the generator, and all she had to do was overcome various frictional forces.

Then the prof switched on the bulb. Immediately, the young lady was struggling to turn the crank. She could barely turn it fast enough to hit 8 Volts, and it was clear she would have been exhausted within a few minutes. This fit healthy person could barely produce about 60 Watts of power (less than a tenth of a horsepower), and that not for long. And this was a single 100 Watt bulb – not the 200 Watts required to operate a garage door or the 1,000+ Watts for a refrigerator or washing machine.

It was a dramatic demonstration of just how much energy has to be expended to support modern life. What is Europe to do in the coming winter when a high pressure zone settles over the territory, bringing bitterly cold windless conditions along with dense clouds? When the solar panels are useless and the wind turbines are hanging motionless, is Europe going to compel all its young women to take turns hand-cranking electric generators?

Europe, like the rest of the world, needs huge quantities of reliable power. Optimistically, after the coming catastrophe coming this winter, perhaps enough Europeans will wake up to the reality that they need large-scale nuclear power. Europe will have to pay Russia & China to build those plants since Europe long since demolished its own capabilities. But that will definitely beat the alternative of exhausted hand-cranking young women.

David MacKay, one of the geniuses of our time, after major contributions to statistical machine learning, wrote this book more than a decade ago, arguing for the same. If only his advice was heeded:
https://www.withouthotair.com/ 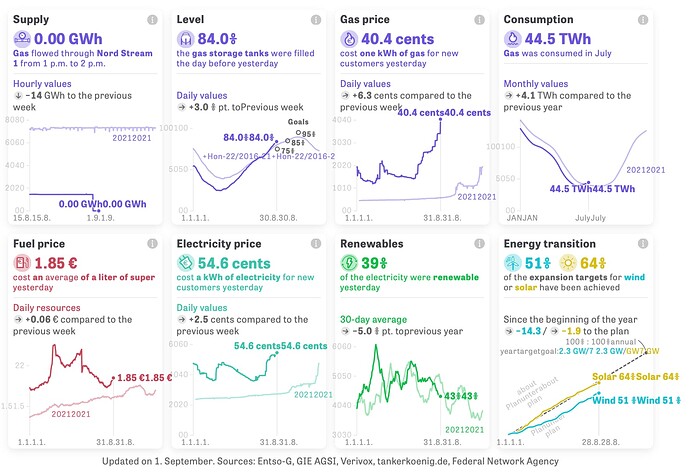 Thanks for the reference to David MacKay, eggspurt. Looks to be highly informative.

In case anyone has missed it, here is the M. King Hubbert 1956 paper in which he discussed Peak Oil and went on to breathe a sigh of relief that nuclear energy could supply the world with power for a millennium, giving the human race plenty of time to work on its successors. The way forward has been obvious for over half a century.
1956.pdf (energycrisis.com)