Does anyone remember pocket phones in the 60’s? I’m a bit shocked to discover that pocket phones were around before I was. Facebook post

[I tried to embed the post, but it didn’t work.]

1963, heck…here is a painting titled Mr. Pynchon and the Settling of Springfield, currently on display at the Massachusetts State Office Building in Springfield, Massachusetts. This mural, in the former post office for the city, was painted in 1933 by Italian muralist Umberto Romano and depicts William Pynchon, founder of Springfield, settling a dispute with two local Indian tribes around 1636. 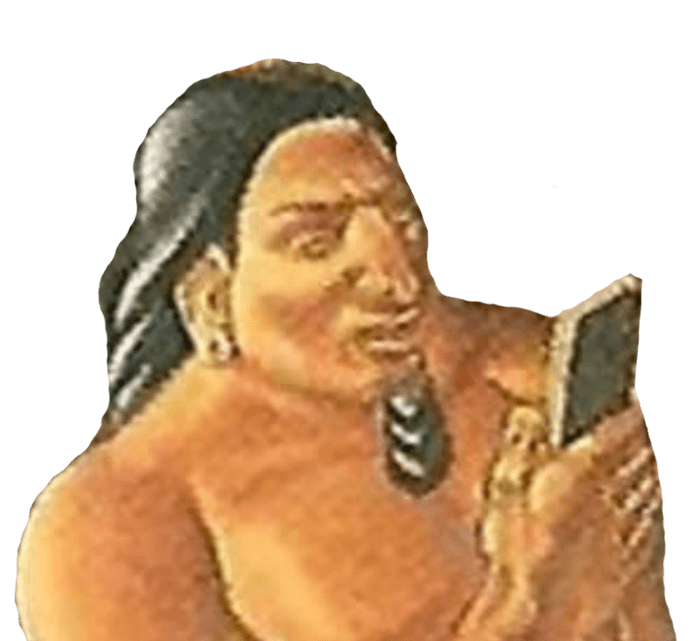 The Indian in the foreground appears to be looking up something on his smartphone, perhaps “firearms manufacturing”.

There’s also a witch flying on a broomstick in the painting—can you find it?

From the ad copy:

Right now, It’s a laboratory development and it’s workable, allowing the carrier to make and answer calls wherever he may be.

Other telephones of the future includes a kitchen loudspeaking telephone, and a visual Image telephone.

The kitchen instrument can busy preparing a meal, or use as an intercom station for the home.
The visual image telephone allows the parties to converse by way of a microphone and loud spenker while a miniature television camern transmits the image. The "TV phone* also will have a writer signature transmission system and a conversation tape

Further proof we are living in a simulation?