This launch will pioneer a new trajectory for a Starlink mission, flying southward from Florida through the Bahamas, avoiding the dog-leg maneuver performed by previous Starlink launches to the south which were done in winter months to avoid difficult sea conditions for booster landing in the north Atlantic. This trajectory allows launching a full payload of 53 satellites rather than the 49 permitted by the previous southerly trajectory. The booster landing will be on a drone ship located near the Bahamas, where sea conditions are expected to be calm. Here is Scott Manley discussing the new trajectory.

Correction: The launch did not use the southbound trajectory over Bermuda as originally announced, but rather the usual northeast trajectory for non-winter Starlink launches. 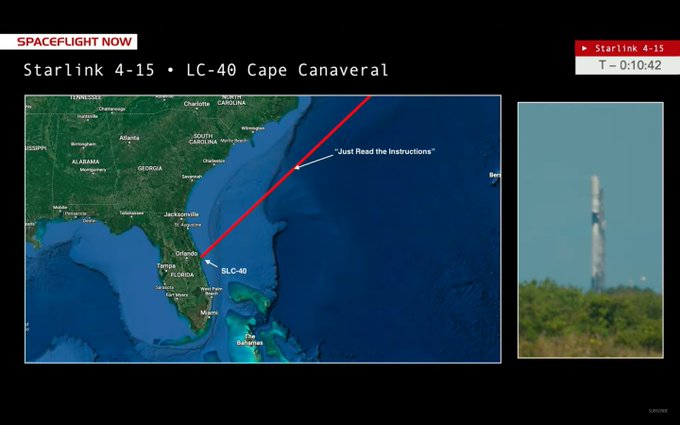 I do not know the reason for the change.

The flight was a complete success: launch, booster recovery, and deployment of the satellites. I have cued the replay in the main post to start one minute before launch.