The mission was a complete success. SpaceX has announced, “Deployment of 53 Starlink satellites confirmed”. The video from the booster of the approach to the drone ship and landing was uninterrupted, clear, and absolutely spectacular. I have cued the replay video to start one minute before launch.

Space photographer Michael Cain caught this image of the Falcon 9 transiting the Sun during its ascent to orbit.

@mdcainjr
#SpaceX launches just after sunrise setting up this gorgeous transit shot. Just over 12 miles away we got this lifer shot of the Falcon 9. 📸 by me for @SpaceflightNow #Starlink #SolarTransit 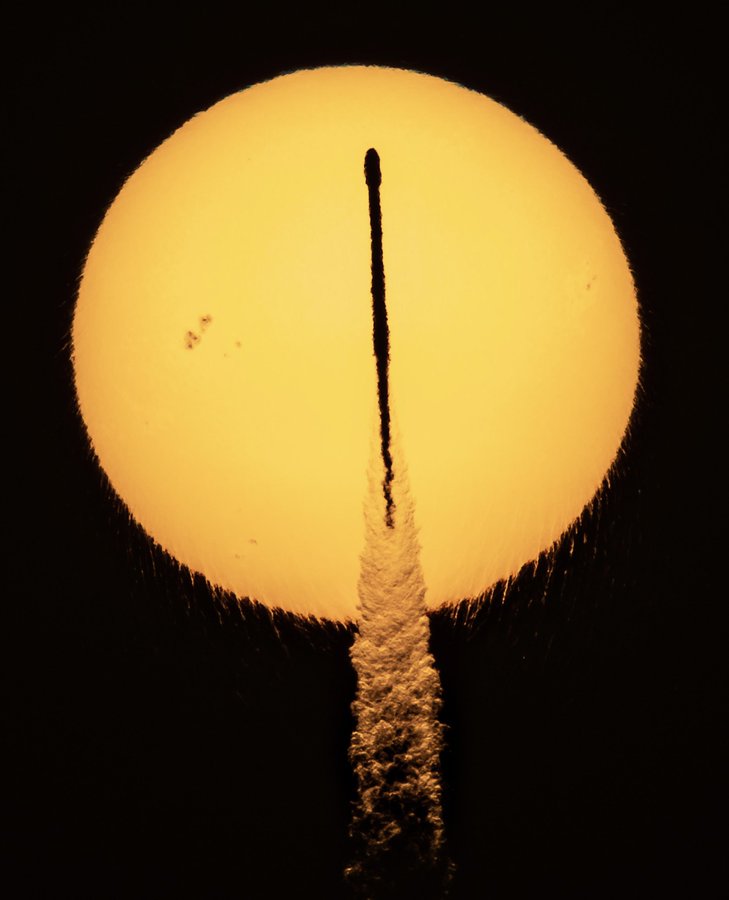