Everybody’s talkin’ about the article in the Atlantic where some Karen pleads eloquently for clemency for the Pandemic Potentates, now that they’ve been proven glaringly wrong about everything and did immeasurable harm with their mandates.
Oh but “we” (“we” who?) didn’t know, we tried to do the right thing, so please don’t turn on us and try to persecute and mock us and fine us or kill us! “We” ( which morphs into meaning “our democracy” as the article meanders,on) should declare amnesty for the Covid fanatics and move on.

Funny thing is, the rest of us HAVE moved on, and who cares about the Karen’s and Faucis now that they have been stripped of their power,over us? All we EVER wanted was to be left alone. If we’re getting back to that, we’re good.

It’s because that’s what they do, would do, and have done themselves .

So now, they wanna call KINGS X before anybody has even laid a pen on ‘em.

On the playground we used to call those people. Crybabies.

It’s going to be difficult to convince people to “forgive and forget” the cruelty of the lockdowns and poison shot mandates. People’s livelihoods were destroyed and families were torn apart. Those unfortunate enough to be injured by the shot have no recourse. The damage is already done and cannot be undone. The only way for the perpetrators of these crimes and their accomplices to have a chance at forgiveness would be to admit responsibility and provide reparations to those who were harmed.

The article reminded me of this quote:

He looked at the approaching Frenchmen, and although only a moment before he had been galloping after these Frenchmen in order to hack them down, their closeness now seemed so terrible to him that he could not believe his eyes. ‘Who are they? Why are they running? Could it be after me? Are they running after me? Why? To kill me? Me, whom everybody loves?’
– Leo Tolstoy, War and Peace

Life is a learning experience. We can only hope that “Fauci” becomes a four-letter word, and that we never forget (or forgive) the harm done to individuals & society by those “experts”. And we can hope that, next time Our Betters try to frighten us into submission, more of us use our intelligence. If enough of us can learn that, then perhaps some good will come out of this sorry affair.

It was obvious from very early on in the CovidScam that this fearsome disease was not much worse that the annual flu, and mainly put at risk the same people as the flu (the very old & the already sick). Lots of data showed that at the time. Lots of people pointed out the facts. And yet most of us got down on our knees and complied with the nonsense harmful directives. Let’s promise ourselves that we will never again let ourselves be railroaded like that by Our Betters.

Easy to say, but we all DID comply. We couldn’t go to the supermarket without a mask. All our occupations, it turned out, were licensed by the state, we could lose everything if we defied lockdown orders. We complied. And we’d probably do it again.

Interestingly enough, medical researchers who have been proven right about Covid are also irked by this particular Karen: 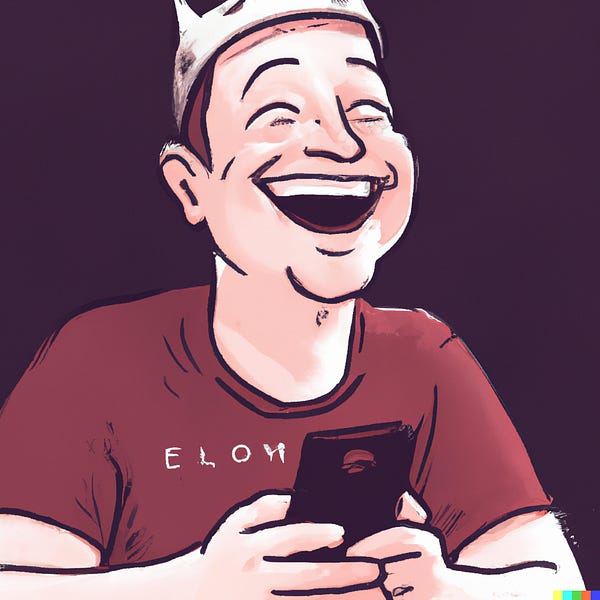 The author reports that in 2020 she and her family resorted to hiking (outside!) all face-swaddled with homemade masks (y’know, pieces of cotton with a loose weave, I reckon; so the teensy Covid mites could get in and out with ease) and had a family handsignal to let each other know when A Stranger was approaching. And that at one point when they had to pass another family her 10 year old son screamed at them, “Social distancing!” Ei-yii-yii. If there ever was a case for post-birth abortion……

First of all, we did NOT all comply. I for one never got ANY jab, and advised my kids not to either. The “vaccine” was ALWAYS a dangerous proposition, and ESPECIALLY for the younger crowd.

NO WHERE in here do I hear the word “justice”. I can grasp and understand a mistake; what I cannot understand OR ACCEPT were the lies, subterfuges, bullying, maltreatment - of physicians or anyone with a contrary opinion.

The people who did this should be hounded past the boundaries of hell, if for no other reason than to make an example that generations will remember and not wish to cross.

Easy to say, but we all DID comply.

Not so. Refusing to do something unnecessary & stupid (and potentially self-harmful, as we are now seeing from the incidents of cardiac problems in younger people who took the experimental gene therapy shot) carried different consequences for different people. I lost business because I was not prepared to knuckle under to what was required to get on an airplane. It is not quite pledging our lives, our fortunes, and our sacred honor … but we each have to decide where to draw the line. For me, getting down on my knees and submitting to dangerous dictates was definitely over that line.

I have no problem with wearing a mask in a hospital environment, Covid or no Covid. On the other hand, most supermarkets I went to during Lockdowns had no interest in enforcing silly government rules. In all the Lockdown times, there were only two places I went to that were full on nasty nazi about the silly rules – both outdoor plant nurseries, strange as that may seem. It goes without saying that those two places have lost my business in perpetuity!

Well then, bravi, Dev and Gavin!

This is not a case of “bravery”. This is simply a case of being stubborn enough not to let the government mindf**k you, just because. I still have my supply of Ivermectin, gotten through European friends where the government was less “authoritarian”.

I am not willing to forget, and not in the mood to forgive without remorse, repentance and repair on the Covidians. The disease was not particularly dangerous and the measures taken were an overreaction that ruined more lives than the disease killed.

I got it a month before the shots came out. For me it was a moderate chest cold. After that I skipped vaccination because I had natural immunity. But my company insisted I get it or I’d get fired. I told them to fire me because I did not wish to work for superstitious twits. They backed down. Eventually.

We had to cancel my mon’s 90th birthday party because of the madness, and she died before her 91st, The state forbade a large gathering after the funeral and burial and we ignored them and had one anyway.

So, no. No forgiveness without remorse, repentance, and reparation. on their part.

Forgiveness now almost guarantees the next iteration will push this kind of nonsense harder. It won’t necessarily be face rags and jabs. It might be what governments did in Australia and Canada and further limiting your personal liberty, not letting you drive your car or speak in the name of another vague safety-ism. The so-called climate emergency is the next logical candidate.

The pandemic response did a number on everyone’s mind. It also destroyed the credibility of the medical establishment and opened the eyes for many to realize that so-called experts are clueless and unable to expertly navigate their way of wet paper bags. Not to mention the eagerness with which formerly libertarian technologists rallied behind dystopian government measures and offered their eager support to make people’s lives hell. Add so-called investigative journalists to the list of infamy, with few exceptions, they completely forgot or ignored their values (link).

There are still some - hopefully not many - that are gripped by irrational fears (source). As long as your delusion does not restrict my personal freedom and you keep your safety phantasies to yourself, I don’t care how many masks and pairs of goggles you wear. 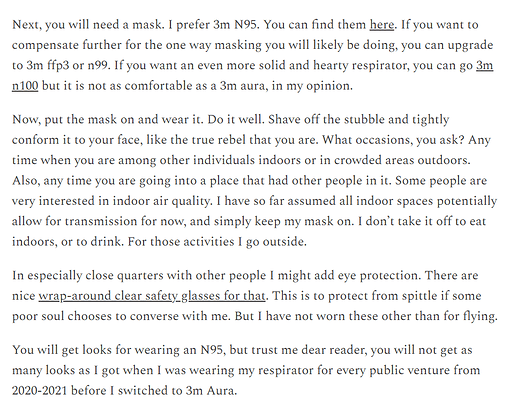 Will we be able one day to read-up on “covid holdouts” similar to the Japanese holdout - Wikipedia ?

No amnesty for Covid commies or illegal aliens.

Rumor has it Trump will announce he’s running on Nov 14.
If he does, will the Dems STILL want Covid amnesty?
I hope Trump’s team has thought about this. After all, he presided over the lockdowns and he brought Fauci down on us.
What do you think he’ll say about it? What can he say, what should he say?

what should he say

He should say he’s sorry. “I made a HUUUUGE mistake”!

That’s exactly right! That’s the only thing he can say (just like that!) and it….just……might….WORK! 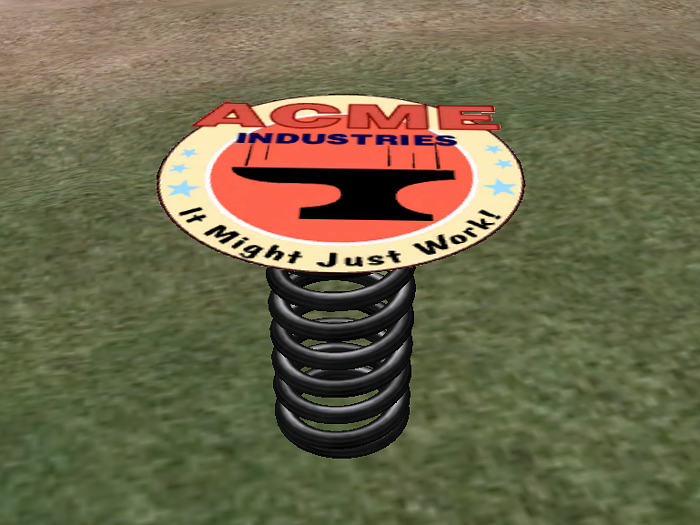