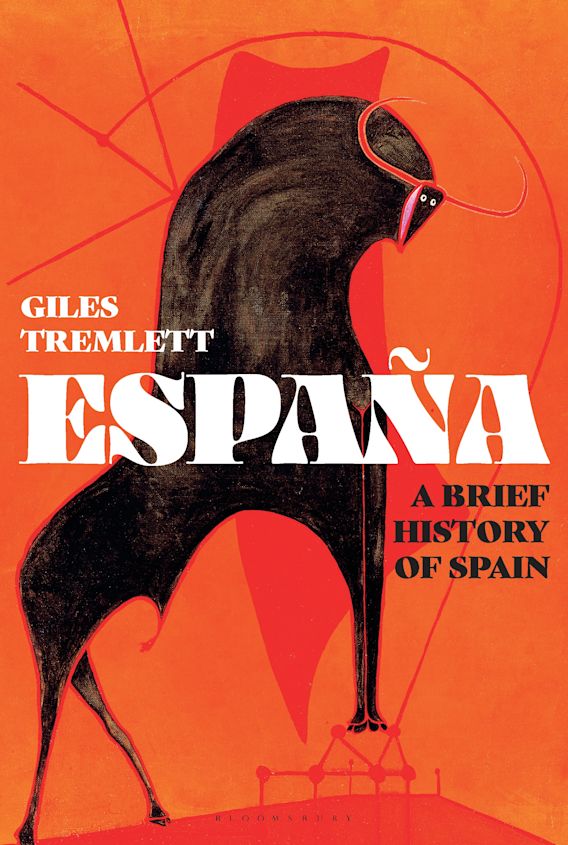 zSpain is a traditional villain in much English (and US) literature and history. In it, the Spanish are often portrayed as backward, haughty, and cruel.

Tremlett begins with the Iberian Peninsula’s mythic past. Associated with the Labors of Hercules, Tremlett shows how these myths reveal how Spain and the rest of Europe long viewed Spain. It was the Non Plus Ultra, the gateway to the unknown Atlantic and Europe’s Wild West.

He then explores Spain’s ancient history, presenting Carthage’s colonization of Spain, Rome’s conquest of it and the role Spain played in both the Roman Republic and Empire. From there he describes the collapse of the Empire, the occupation of Iberia by Gothic gentlemen of Spain, the Moorish invasion and the Reconquista, completed by Ferdinand and Isabella.

He shows the results of Spain’s discovery of the New World and how it led to Spain’s transition from an obscure Western European kingdom (or rather collection of kingdoms) to a world power. Spain dominated the world stage in the sixteenth and seventeenth centuries, before experiencing a decline in the eighteenth.

Tremlett traces that, before exploring what resulted: the turmoil that beset Spain in the nineteenth century as it slipped to a third-rate power. As Tremlett shows, this set up a turbulent twentieth century, with the Spanish Civil War in its center followed by a long exile from the Western Europe’s affairs during the Franco era. He closes with the history of post-Franco Spain, including the role King Juan Carlos I played in restoring representative government to modern Spain.

The book reveals many unappreciated Spanish contributions to Western Civilization. One example is punctuation. Isadore of Seville, a sixth century polymath created punctuation marks, along with the first history of Spain and an early encyclopedia.

While a sympathetic history, Tremlett does not whitewash Spanish history. Tremlett reveals Imperial Spain to be less the monolithic empire of English writings than a collection of often brawling kingdoms, joined only by personal sovereignties. He is also relentless in exposing the adverse effects of government corruption – even to the present – had had on Spain’s development. “España,” a lavishly illustrated book, reveals a side of Spain more Anglophones should see.

One example is punctuation. Isadore of Seville, a sixth century polymath created punctuation marks, along with the first history of Spain and an early encyclopedia.

In 1997, Pope John Paul II declared Saint Isidore of Seville patron saint of the Internet. This is the prayer recommended before connecting to the Internet.

Almighty and eternal God, who created us in Thy image and bade us to seek after all that is good, true and beautiful, especially in the divine person of Thy only-begotten Son, our Lord Jesus Christ, grant we beseech Thee, that, through the intercession of Saint Isidore, bishop and doctor, during our journeys through the internet we will direct our hands and eyes only to that which is pleasing to Thee and treat with charity and patience all those souls whom we encounter. Through Christ our Lord. Amen.

From inability to let well alone,
from too much zeal for the new
and contempt for what is old,
from putting knowledge before wisdom,
science before art
and cleverness before common sense,
from treating patients as cases
and from making the cure of the disease more grievous than the endurance of the same,
good Lord deliver us.

It’s interesting that in his works, St. Isidore of Seville grouped public games alongside war and jurisprudence

Also, Visigoth rulers and kings had the best names: Sisebut? Recarred? My inner fourth-grader self is rolling on the floor laughing when reading that part.

Having a patron saint of one’s profession is not to be underestimated. So I looked some more into this and it seems that the attribution is questionable. Anyone has a link to the “official” list of vocational patrons sanctioned by the Holy See 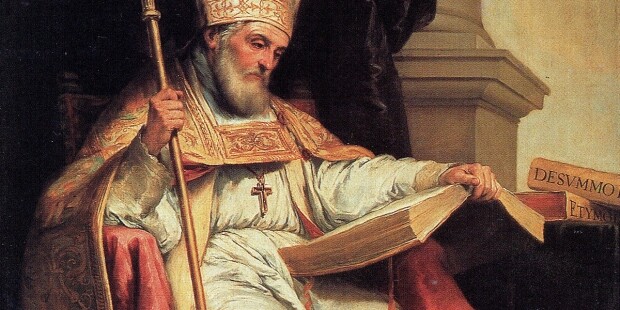 A patron saint of the internet -- unofficially, though

In these times, it seems a great idea to know who to call on for help online!