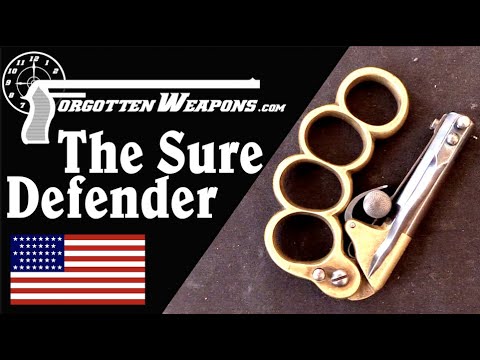 Could have been Ron Popeil’s biggest seller.

Ah, yes. All the old “weapons” you rarely see today. I have a blackjack, one of the tools cops used as “non-lethal” ways to stop a fight. A friend has an extendable steel baton, the modern substitute for the old steel flashlight. ?Ever notice that a cop always held it by its head - like a club. That’s because that was what it doubled as - instead of a billy club. Wish I had a set of weighted gloves that fit my rather large hands; those were the ultimate kool way to stop a fight. They were duty gloves that had weights sewen into them and when you punched a perp t you hit him like a ton of bricks and you didn’t need to be Mike Tyson.