I had seen earlier reports there were US-funded Fauci-labs in the Ukraine. If that map is true, it is quite a set! How many foreign biolabs does the US really need?

There is an interesting overlap between the asserted positions of those foreign labs and the places where Russian missile strikes have reportedly taken place.

Of course, at this point, we have to assume that a large percentage of any reports from any source are deliberate misinformation or simply misunderstandings.

Does Ferengi Rule of Acquisition No. 34 apply here?

IIRC, after the breakup of the Soviet Union, the US Government instituted such programs to give former Soviet nuclear, chemical, and bioweapon scientists an alternative to working for Iran.

The State Department manages the International Science and Technology Centers in Moscow and Kiev. These centers have provided research grants to scientists and engineers so that they will not sell their knowledge to other nations or terrorist groups. 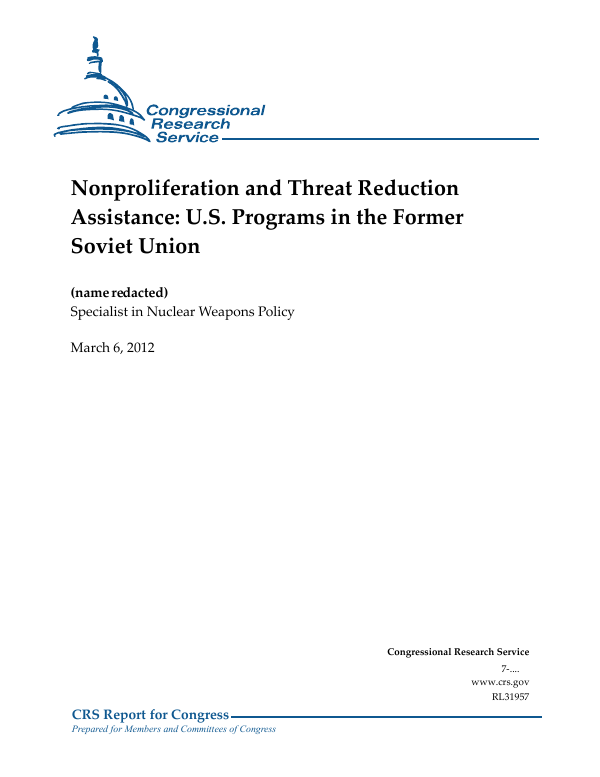 Nonproliferation and Threat Reduction Assistance: U.S. Programs in the Former...

My prediction has been that the powers know that the debt burden is too high and are going to try to inflate it away.

Thus, the FED strung it out. There is no inflation. Base effects. It is transitory. We need full employment. We are going to go after inflation with a twenty five basis point rate hike on a 7.5 percent cp lie.

Meanwhile they tried out the propaganda machine to see if people would live with it. Inflation is good. Your wages are going up.

Now we have it is your patriotic duty to accept inflation.

For the market this translates into the Fed is not going to fight inflation.

I saw one tweet that the ECB is going to “postpone” tightening.

So it is probably not just a conspiracy theory. The speed at which Twitter censored the question, made me suspicious.

The conflict in Ukraine may have consequences for the Northrop Grumman (originally Orbital Sciences) Antares rocket used to launch NASA cargo resupply missions to the International Space Station. The first stage of the Antares is a modified version of the Soviet/Russian Zenit rocket, which was designed and manufactured in Ukraine by Yuzhnoye SDO and Yuzhmash. Reports from Ukraine on the Russian invasion indicate that these aerospace industries have been among those attacked in the first wave of assaults upon Ukrainian defence and infrastructure targets. There is no U.S. second source for this rocket stage.

Further, the first stage is powered by two Russian RD-181 engines, manufactured in Russia by NPO Energomash, which has a US$ 1 billion contract to supply 60 of these engines for Antares rockets. If sanctions are imposed on Russia which bans purchase of these engines, that would leave Antares without engines as well as a first stage.

Fortunately, the frequency of Cygnus launches is sufficiently low that SpaceX could probably pick up the cargo business if Northrop Grumman could not deliver, and the Cygnus cargo ship is able to be adapted to launch on either a ULA or SpaceX rocket if Antares is not available. 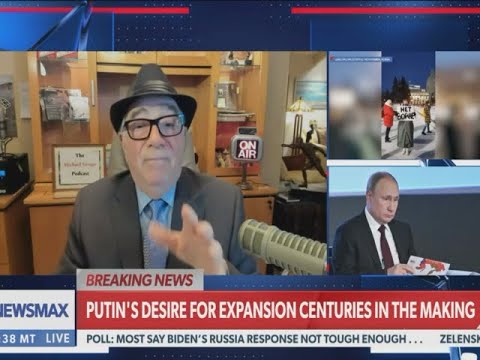 “In response to EU sanctions against our enterprises, Roskosmos is suspending cooperation with European partners in organizing space launches from the Kourou cosmodrome and withdrawing its personnel, including the consolidated launch crew, from French Guiana,” @Rogozin. 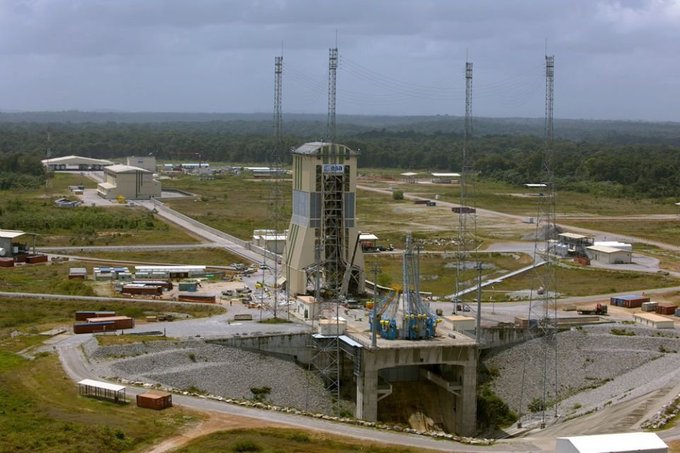 Since 2011, Arianespace has operated the Soyuz as its medium-lift launch vehicle from the European spaceport in French Guiana. Rockets are manufactured in Russia and supplied by the Russian Federal Space Agency. Russian technicians working at the spaceport aid in preparation of the Soyuz launcher and its Fregat upper stage. A total of 27 Soyuz launches have been conducted to date from French Guiana.

Perhaps a good thing long term. Time for the US and others to stop outsourcing vital things, to at best, questionable countries.

withdrawal of Russian personnel from the Arianespace Soyuz launch facility in French Guiana in response to sanctions against Russia.

This is one of the issues which seems to have escaped the attention of the solons of the West – sanctions cut both ways. The question ultimately becomes which side of the previous voluntary exchange is going to be hurt most by stopping the exchange? Are the rulers who impose the sanctions (and their population) ready to endure the pain?

As an example, London has done very well over the last decade from Russian oligarchs investing there and buying high-end real estate. Every Russian investor must now be thinking that this may be a smart time to leave, before the sanctions regime widens. Sell London, buy Dubai!

As an example, London has done very well over the last decade from Russian oligarchs investing there and buying high-end real estate. Every Russian investor must now be thinking that this may be a smart time to leave, before the sanctions regime widens. Sell London, buy Dubai!

Yes, but who in his right mind wants to live in Dubai.

Yes, but who in his right mind wants to live in Dubai.

An amazing number of the prettiest Ukrainian girls seem to find Dubai to be irresistible. But let’s not talk about that!

SpaceX has enabled Starlink service in Ukraine and says more terminals are on the way. 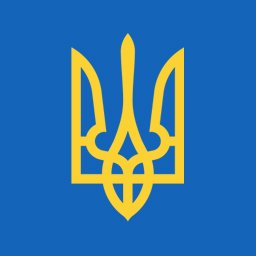 These tweets from last September are relevant. 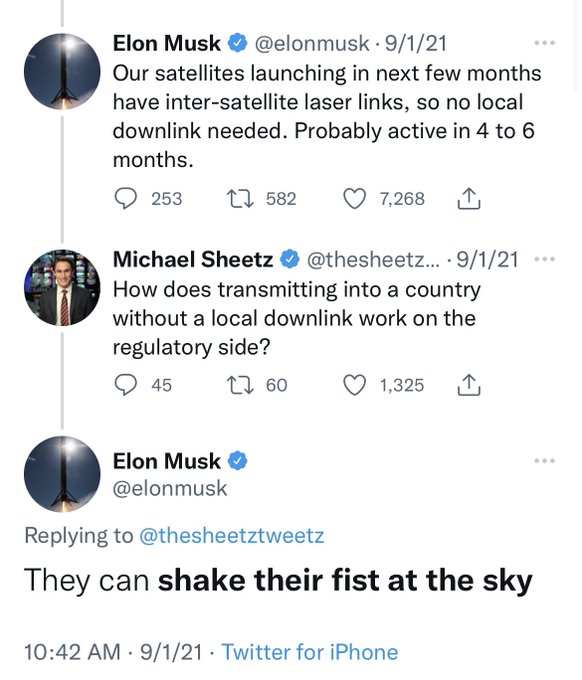 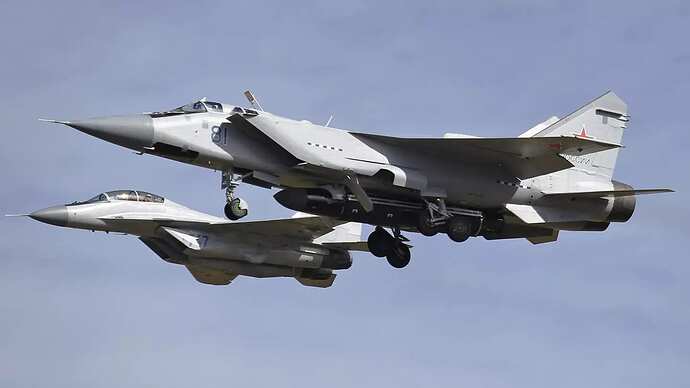 A never-before-seen Russian missile is identified as an anti-satellite weapon...

The mysterious missile is expected to join Russia's arsenal by 2022. 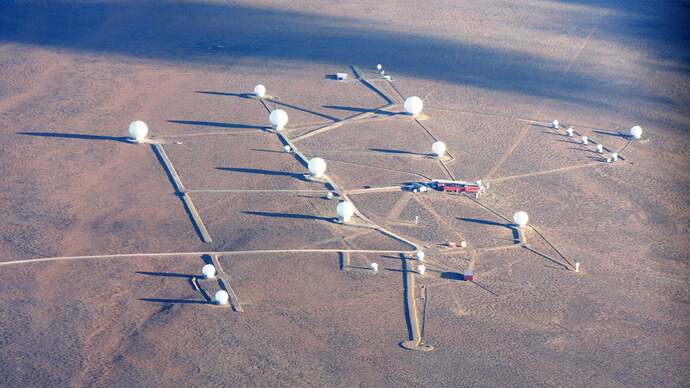 Undersea Cable Connecting Norway With Arctic Satellite Station Has Been...

The cables run through a highly strategic stretch of water near where the Barents and Norwegian Sea meet.

@Ukraine
The biggest plane in the world "Mriya" (The Dream) was destroyed by Russian occupants on an airfield near Kyiv. We will rebuild the plane. We will fulfill our dream of a strong, free, and democratic Ukraine.

Free "Go Fuck Yourself Putin!" and "I Stand with Ukraine" images for tweets and profile headers. Original, non-profanity, and Ukrainian versions available. Get them at: https://www.shadyplanes.com/ukraine/  Let me know if you have a special request. pic.twitter.com/ULmg1j8VAZ 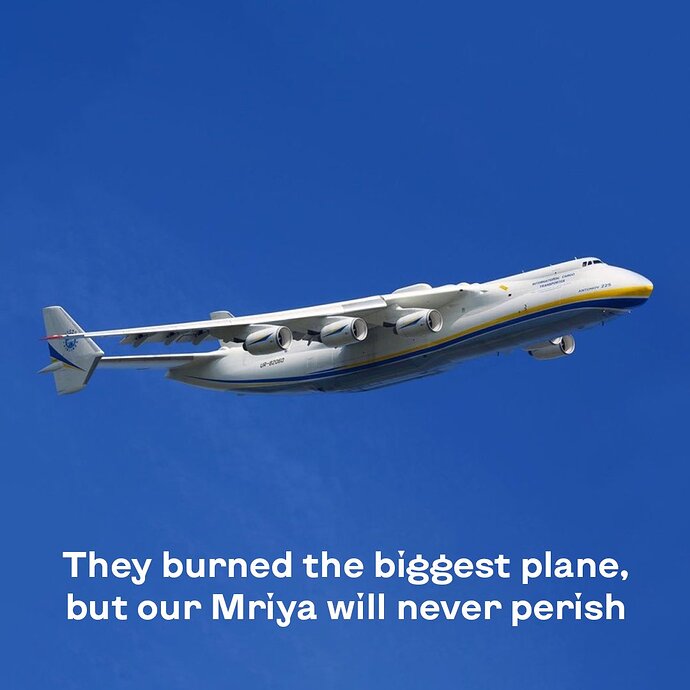 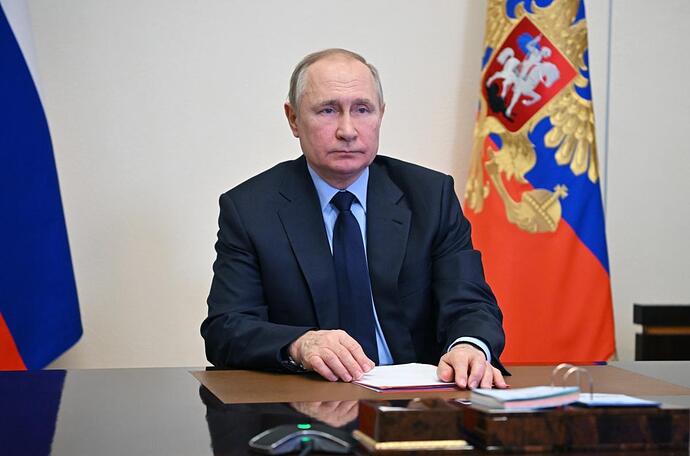 Putin may have ‘lost touch with reality,’ expert says

Russian President Vladimir Putin is now isolated and increasingly paranoid, having launched a war in Ukraine that has alarmed even some of his closest advisers, says Catherine Belton, a former Moscow-based correspondent for the Financial Times, 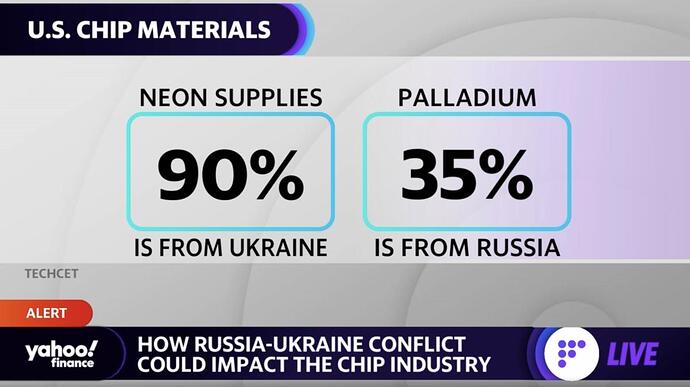 How the Russia-Ukraine conflict could affect the chip industry

This article summarizes the world palladium production by country. This is a list of countries by palladium production in kilograms, based upon data from the United States Geological Survey. In 2019, the world production of palladium totaled 210,000 kilograms—down 5% from 220,000 kg in 2018. * indicates "Natural resources of COUNTRY or TERRITORY" links. .mw-parser-output table.static-row-numbers{counter-reset:rowNumber}body.skin-minerva .mw-parser-output .static-row-numbers2.sortable{counter-re... 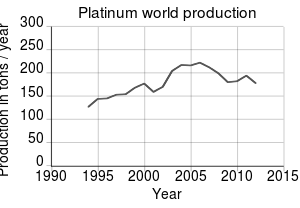 This is a list of countries by platinum production. It is based on information from the United States Geological Survey.

Bern, 28.02.2022 - In view of Russia’s continuing military intervention in Ukraine, the Federal Council took the decision on 28 February to adopt the packages of sanctions imposed by the EU on 23 and 25 February. The assets of the individuals and companies listed are frozen with immediate effect; the financial sanctions against Russian President Vladimir Putin, Prime Minister Mikhail Mishustin and Foreign Minister Sergey Lavrov are also to be implemented with immediate effect. Switzerland reaffirms its solidarity with Ukraine and its people; it will be delivering relief supplies for people who have fled to Poland.

At its extraordinary meeting on 28 February, the Federal Council took the decision to adopt the EU sanctions against Russia and thus strengthen their impact. The Federal Council has instructed the Federal Department of Economic Affairs, Education and Research (EAER) to modify the existing ordinance based on the EU measures. Switzerland will implement the sanctions in coordination with the EU. These are primarily goods and financial sanctions. The assets of the persons and companies listed in the annex to the ordinance are frozen with immediate effect; the ban on entering into new business relationships remains in place.

Switzerland is also implementing the financial sanctions imposed by the EU on Russian President Vladimir Putin, Prime Minister Mikhail Mishustin and Foreign Minister Sergey Lavrov with immediate effect. In so doing, Switzerland is responding to the serious violations of international law for which these individuals are responsible. The ban on imports, exports and investments concerning Crimea and Sevastopol, which has been in place since 2014, has been extended to the Ukrainian regions of Donetsk and Luhansk, which are no longer under the control of the Ukrainian government.

In addition – in line with airspace closures in other European countries – Swiss airspace will be closed to all flights from Russia and to all movements of aircraft with Russian markings from 3pm on Monday with the exception of flights for humanitarian, medical or diplomatic purposes.

In reaching its decisions, the Federal Council took Switzerland’s neutrality and peace policy considerations into account. It reaffirmed Switzerland’s willingness to actively contribute to a solution to the conflict through its good offices. Russia’s unprecedented military attack on a sovereign European country was the deciding factor in the Federal Council’s decision to change its previous stance on sanctions. The defence of peace and security and respect for international law are values that Switzerland, as a democratic country, shares with its European neighbours and supports. As before, Switzerland will examine each further package of sanctions imposed by the EU on a case-by-case basis.