What to do with the LCS?

The Freedom-Class of littoral combat ship (LCS) is being killed.

Perhaps India or Taiwan can find a use for them.

Perhaps since the Woke Navy is a firm believer in the magic power of words, they could rename them “figurative combat ships” and crew them with “Alternatively Abled Sailors” and a full spectrum of diverse officers, hoist the rainbow flag, and cruise coastlines world-wide demonstrating alternatives to taking things too littoral.

Per the video, in addition to the 9 LCS ships being decommissioned, there are a further 15 ships of with various missions being eliminated – all to save money. So the US fleet is shrinking while the Chinese fleet is growing.

At some point, it seems we need to be honest with ourselves about the balance between what we want to do and what we can afford to do. If the US can no longer afford to be the world policeman, it is time to cut the mission down to something more limited, consistent with what we can pay for.

Would that this is a real choice. We are paying for border security for Ukraine. More fundamental questions smolder in the background. 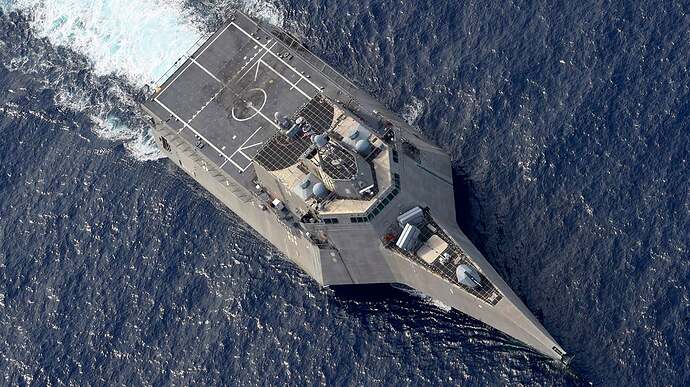 Just when you thought things couldn't get worse for the Littoral Combat Ship program, the Independence class is experiencing cracking.

I guess signs will be posted to describe the woke navy’s new mission: “No littoring”.

These two classes of ship were being introduced to the Navy as I was leaving the Navy. The impression everyone had of them was that they were POS’s. They were constantly being put in dry dock for this or that.

It’s a testament to how militaries atrophy when not used for it’s intended purpose. The Navy wasted a lot of tax payer money with those ships due to the crappy tech put them, the rushed production, and the stupid idea that you can place highly sensitive tech on things that spend all of their time in freaking salt water. There was no thought put into how to ensure there wouldn’t be any degrading of the new systems introduced by the constant exposure to salt water. One would think that a super power navy would have anticipated that problem and solve it but that’s not what happened. Then I left the Navy in 2010 and lost interest in the story.

As the Brits learned in their Falklands War, aluminum burns well when a warship is hit by a missile.

Incorrect, Type 42s were made of steel. There was a problem with other flammable materials (carpets etc.). After the Belknap and Amazon fires everyone had pretty much decided to not build anything substantial with that much aluminium.

The Type 21 frigate, or Amazon-class frigate, was a British Royal Navy general-purpose escort that was designed in the late 1960s, built in the 1970s and served throughout the 1980s into the 1990s. In the mid-1960s, the Royal Navy (RN) had a requirement for a replacement for the diesel-powered Leopard-class (Type 41) anti-aircraft frigates and Salisbury-class (Type 61) air direction frigates. While the Royal Navy's warships were traditionally designed by the Ministry of Defence's Ship Departme...

Sure, But the Falklands were in '82, the fires that changed their minds were in '75 and '77, so they had no real time to change anything in ship construction before the war. For that matter Amazon was a Type 21 like Antelope and Ardent, so the RN Admiralty was perfectly aware of the issue with the class. Modern wars are usually “Come as you are” and they did what they had to.

(I wish there was post history, I see the post I was replying to has been edited, it makes me look like I’m more crazy then I actually am)

Belknap and Amazon brought the issue to the forefront of naval architecture. Antelope* and Ardent got more attention and brought it more to the public mind.

*Would likely have been equally destroyed if all steel.

But even worse, the Independence class doubled down by going all-aluminum and increasing seawater corrosion and stress fracture issues.

I think the technical objection noting Sheffield being steel arose from Ardent and Antelope being bombed rather than hit by missiles. 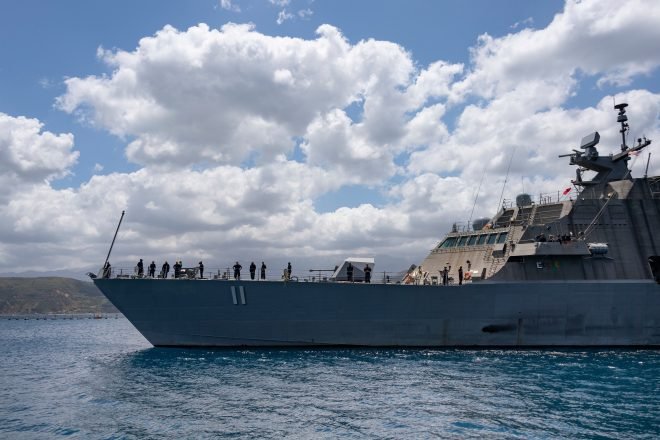 Despite plans to decommission Littoral Combat Ship USS Sioux City (LCS-11) next fiscal year, the Navy is preparing funds to repair a latent issue with the ship’s propulsion system, USNI News has learned. Sioux City, which is currently deployed to...

What’s the Ukrainian Navy ever done to deserve that?

I’d guess that they are just making sure everything is shipshape in case the balloon goes up. It would be embarrassing (and bad policy and bad for discipline) to have an unkempt ship on the rolls. You also don’t want anything major to be fundamentally broken if it goes into reserve. I suspect there is some element of not letting the vendor off the hook for repairs of the botched combiners, low key punishment via pocketbook.

Don’t worry, the rest of us are so damned crazy that nobody will notice.

It’s a testament to how militaries atrophy when not used for it’s intended purpose.

I’m not sure how accurate this is but:

Who could ever have predicted:

But the much-hyped LCS mission modules never materialized, and concerns have emerged about the ships’ survivability in a conventional war with China or Russia. 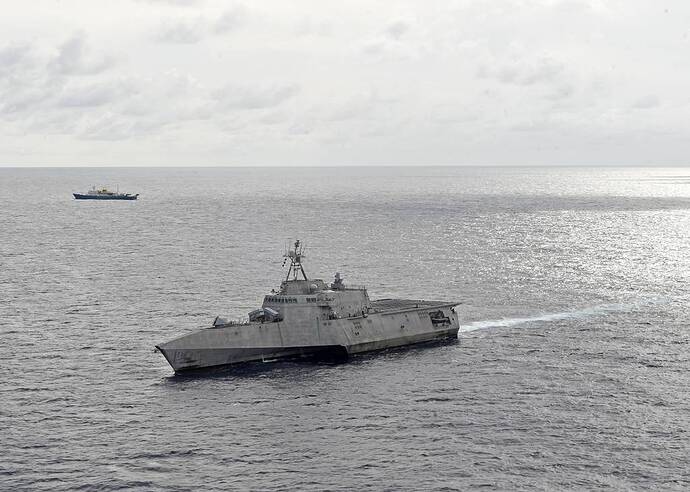 Could the LCS fleet be getting a new mission?

A provision in the FY23 defense bill calls on U.S. Southern Command to study the feasibility of permanently assigning LCSs to the combatant command.