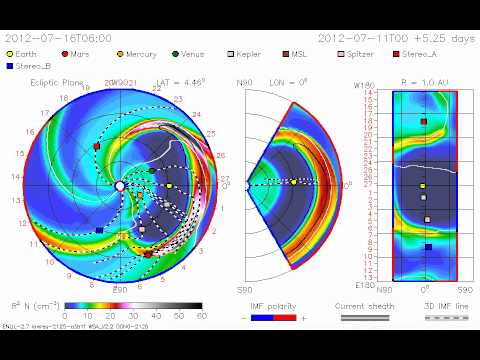 This is a view of the flare from the SOHO spacecraft at the Earth-Sun L1 point. The fact that the coronal mass ejection is seen departing the Sun in all directions indicates it is headed directly toward the Earth. The “snow” in the image is caused by solar protons from the flare exciting pixels in the coronagraph’s camera sensor. The protons arrive at near the speed of light: the coronal mass ejection takes more than two days to travel from the Sun to the Earth.

Here is more on the event and predictions for its consequences at spaceweather.com.

If we can’t get SMOD, this will have to do.

Not going to help the chip shortage.

For years, we have been aware of this risk. It is astonishing that a government which purports to be omniscient and omnipotent has done little to nothing to protect us from an event which will happen; it is only a matter of when. The cost of hardening the electrical grid would be on the order of a rounding error in a single year federal budget. The death rate from a single winter absent electricity has been estimated at 90%. I guess our betters know there will be no political price to pay for inaction, since there will be no polity to object.