Although preliminary, it clearly vindicates Tesla regarding the “AutoPilot” assertions at the time of the accident. Steering wheel was heavily deformed by inertia of driver at impact: 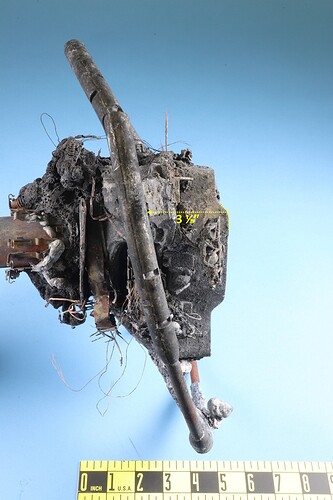 Driver had mashed the accelerator.

A postcrash inspection of the car showed that the steering wheel was damaged and deformed. The steering wheel was removed and transported to the NTSB Materials Laboratory for detailed examination. Initial results indicate that although some damage was caused by the intense heat of the postcrash fire, deformation along the top and left side of the steering wheel’s outer rim, as shown in figure 3, was due to an impact.
…
With the assistance of the EDR module manufacturer, the NTSB Recorders Laboratory repaired and downloaded the fire-damaged EDR. Data from the module indicate that both the driver and the passenger seats were occupied, and that the seat belts were buckled when the EDR recorded the crash. The data also indicate that the driver was applying the accelerator in the time leading up to the crash; application of the accelerator pedal was found to be as high as 98.8 percent. The highest speed recorded by the EDR in the 5 seconds leading up to the crash was 67 mph.

A big issue left open is whether there was a defect (design or manufacture) that prevented occupant egress. Presumably, the driver was in good enough condition to unbuckle, fail to be able to exit the driver’s door, climb back to the rear seat, and potentially fail in an attempt to open a rear door…