As some of you know, I recently moved to Florida from California. The hot, humid summers are unpleasant but expected. Unexpected was the significant cultural difference.

I cycle along bike trails every day and almost invariably, strangers on the trail greet one another with a nod of the head or wave of the hand. Drivers routinely yield to pedestrians and cyclists where the trails intersect streets, even when the driver clearly has the right of way The cyclists or pedestrians always thank the driver. The admonition on this sign urging them to do so seems almost superfluous, though it is indicative of the cultural environment. 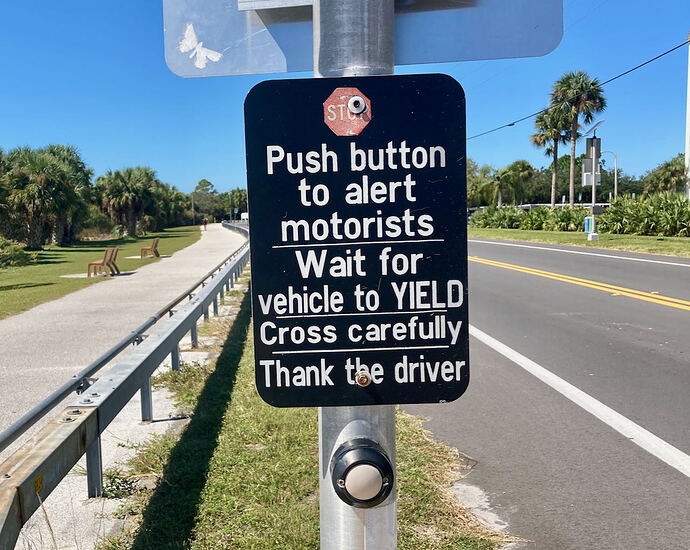 There are repair stations along the bike trails that are well equipped with tools. Admittedly, most of the pumps are not functional anymore (though the one in the picture below was working) but the tools are all still there. In California there were a couple such stations but they were stripped clean of tools. 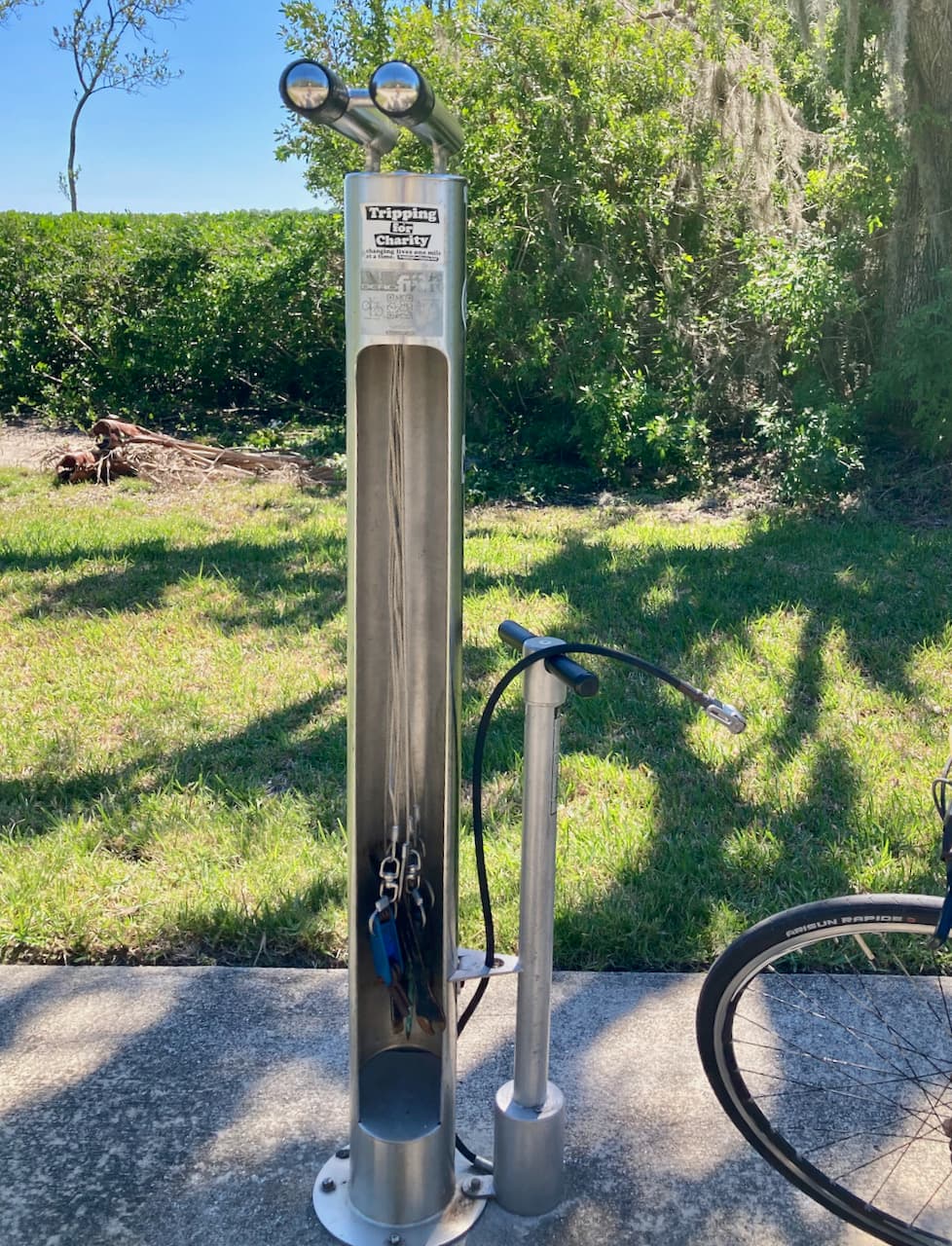 Local communities are just that: communities. Locals organize largely independently of government, though they may receive some state or county funds for centers like this “Family Activity Center” in an unincorporated town. 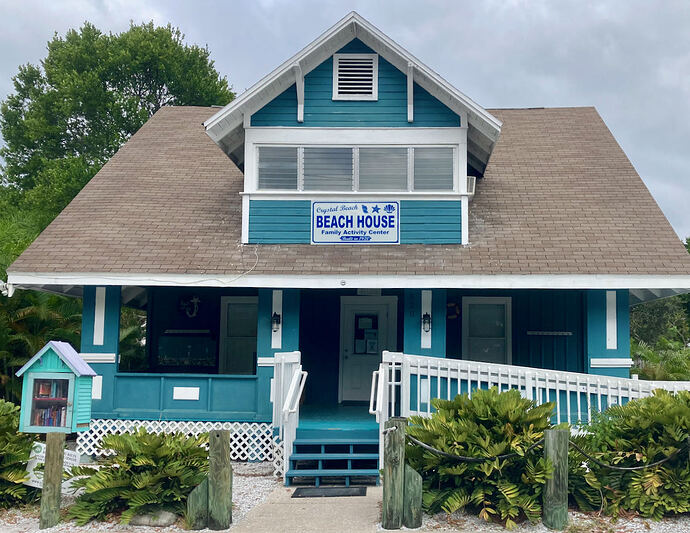 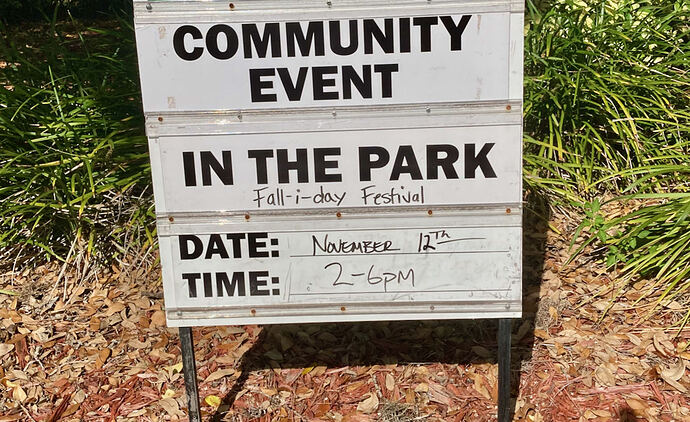 In California and Florida, I often went to the beach to enjoy the sunset. In California, many people showed up at the beach but they were just strangers, never engaging in conversation. My Florida sunset spot is quite different. People are talking, they bring their kids to play, and they hang around afterwards. It’s a social event. There are about 50 people in this picture, taken yesterday. 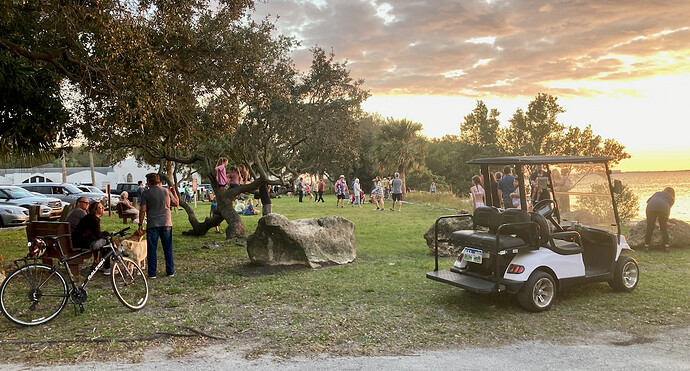 On this Thanksgiving, I am thankful for community.

INVU from the Pitts in PA.

Florida’s first order trust → no trust gradient is north (Dixie) → south (Caribbean), as it is many places in the world, with second order gradient west (Gulf) to east (Ocean). Even relatively sophisticated folks moving from NYC to Miami during the pandemic found they were in for a rude awakening. I lived in Miami while at Viewtron in the early ‘80s and actually found it a relief to move to the border with Tijuana, although the subsequent decades’ changes in California were traumatic. I wonder how high the Trust is in CA’s coastal regions north of, say, Santa Rosa nowadays. My older friends who have lived in SV since the 1970s say it has turned into a hell hole.

INVU from the Pitts in PA.

This kind of place is accessible to everyone. Most of the US by area (not by population) is probably like this. People are migrating away from cities in a reversal of historical trends. One can also go to foreign lands but this is probably not a practical option for most people for a host of reasons.

The key is to avoid highly urban environments. Not only are those dominated by leftists (i.e., spiteful mutants); they also lack many natural spaces, which makes them ill suited for human habitation. This need not mean going full rural, though I will note there are cows grazing within 10 miles of home and there’s no special reason I couldn’t have chosen to live closer to that.

We are very glad you found a suitable community. We wish you all the best. Go to a county commission meeting and get plugged in. Go walking around the neighborhood and meet all the neighbors. The likelihood of finding likeminded people is pretty high. Good for you. Write a post when the frogs start singing in the spring.

Sound advice. We’ve already met several of the neighbors and will set about getting involved in the local community.

This need not mean going full rural, though I will note there are cows grazing within 10 miles of home…

One must always, of course, beware creeping suburbanisation, as illustrated in my 2006 video Les Quatre Saisons. 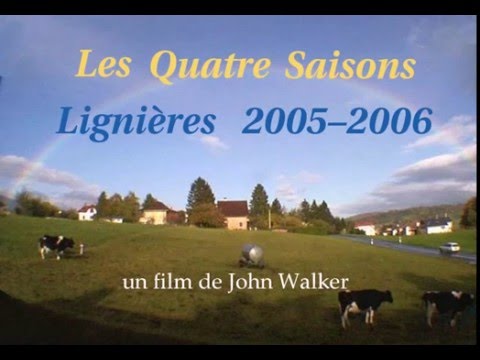