Currently listed on Amazon (I think this is the one) are “Anti-Radiation” shields you can stick on mobile phones to “reduce by 99.99%” the “injury” from those 5G mind control beams modern phones emit. Plus:

Double Efficacy: The mineral energy in EMF stickers not only provides protection against threatening electro pollution, but also can help extend battery life. The stickers can help improve the functioning of the battery while charging or discharging, increasing battery volume and its lifespan.

A mention of “negative ions” on the package caused Big Clive’s ears to perk up, so he ordered a pack, put the stickers next to his Geiger counter and, guess what? The “anti-radiation” stickers are radioactive, presumably due to the presence of thorium oxide, as commonly found in other quack negative ion gimmicks. Well, I guess we know where that “mineral energy” they’re talking about comes from!

It isn’t just for 5G phones, either. You’ll want to order dozens for all of those hazardous electrical and electronic appliances that surround you with their malign emanations. 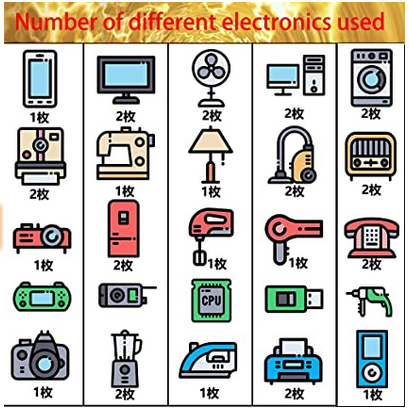