Here is the AMi Exploration home page. It may never fly, but reading it is a trip! 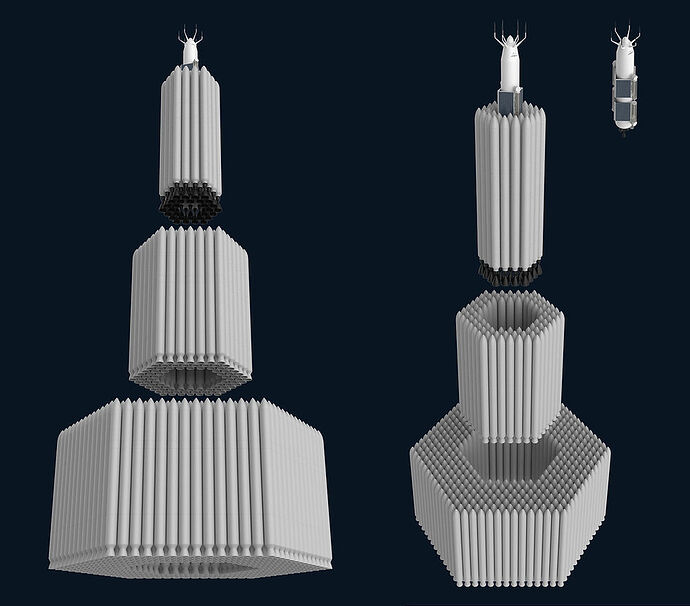 With a total launch mass, including the payload, of 5,443 t, and a take-off thrust of 12,600 tons, EcoRocket Heavy is the heaviest and has the highest thrust compared to any other vehicle ever built. It also promises the lowest cost/kg ever recorded.

One of the means to finance the AMi Exploration Program is through the creation of the AMi Crypto, an ERC20 utility token created in the Ethereum blockchain.

The utility for the ARCA token is linked to the fact that the token owners could use the tokens to purchase the ore, and other resources, like water from the asteroid mining activities developed under the AMi Exploration Program with priority. The purchase could be also performed with 20% from the sale cost covered with the AMi Token, starting with 2027.

Through the private sales and the ICO, we aim to raise $73 million.

The first private sale will open in August 2022.

ARCA is committed to make the AMi Plan a reality by using its skills of achieving great results with the a reasonably small amount of funding.

Therefore, a total of $207 million will be spent for the AMi Plan between 2022-2031, while expecting to get $1 billion from asteroid mining operations during the same time frame.