A debate over claims of room temperature superconductivity has now boiled over into the realm of scientific publishing. Administrators of arXiv, the widely used physics preprint server, recently removed or refused to post several papers from the opposing sides, saying their manuscripts include inflammatory content and unprofessional language. ArXiv has also banned one of the authors, Jorge Hirsch, a theoretical physicist at the University of California, San Diego (UCSD), from posting papers for 6 months.

The ban is “very unfair,” Hirsch says. “I can’t work if I can’t publish papers.”

To some other scientists, arXiv’s ban and removal of papers amount to stifling scientific debate. “The scientists that care about the issue and have the expertise to evaluate the arguments on both sides should be allowed to do so by accessing the preprints in question,” Nigel Goldenfeld, a physicist at UCSD, wrote in an email to a wide range of physicists last week. “The alternative is that for cases such as this, we’ll return to the pre-arXiv days when the science of the day is discussed in privately circulated preprints that are not accessible to the wider community.” Daniel Arovas, another UCSD physicist, agreed: “Squelching what is essentially a purely scientific exchange—even one where the respective parties engage in some distasteful accusations—is highly problematic.”

Moderators believed Hirsch crossed that line in papers critiquing a 14 October 2020 Nature publication by a team led by Ranga Dias, a physicist at the University of Rochester. The paper, reporting the discovery of a hydrogen-containing material that under intense pressure superconducts at near–room temperature, was hailed as the culmination of a century-long quest to create a superconductor that wouldn’t have to be chilled to ultralow temperatures. But the bold claim also sparked controversy.

About a month later, Hirsch asked Dias for the raw data from some of the experiments. He says Dias rebuffed him repeatedly. Eventually, Hirsch did receive some data from one of Dias’s co-authors, and in August 2021, Hirsch submitted his own analysis to both the arXiv and Physica C. The paper was titled “On the ac magnetic susceptibility of a room temperature superconductor: anatomy of a probable scientific fraud.” After publishing it online in September, Physica C removed the article in November because it contained data published without the original team’s permission, and arXiv took it down in December.

On 29 November 2021, Dias and one of his collaborators, Ashkan Salamat, a physicist at the University of Nevada, Las Vegas, posted on arXiv a response to Hirsch’s criticisms, and included some of their raw data. In early December, Hirsch submitted two papers analyzing those raw data, and then followed up with three more papers, all of them responses to work by Dias and his colleagues. ArXiv administrators blocked all five. (Hirsch also says posting of multiple submissions has been delayed for weeks or more and papers were taken down even after they were posted.) Last week, the site also removed a paper from Dias and Salamat “due to inflammatory content and unprofessional language.” Dias and Salamat did not respond to repeated requests for comment.

Commenting on the controversy,

[U.C. Berkeley physicist and president of the American Physical Society Frances] Hellman says the superconductor controversy may stem in part from the ethos of physics, which has historically encouraged combativeness. “The culture of physics is one that is more aggressive and not very welcoming,” Hellman says, which can lead to accusatory language ending up in papers. She would like to see that change. “I flinch at some of the language being used.”

Heaven help that academics might “flinch” at spirited disputation over facts in scientific publications and find it “not welcoming”.

Here is a screen grab of the home page of Jorge E. Hirsch, who is a full professor of physics at the University of California, San Diego. 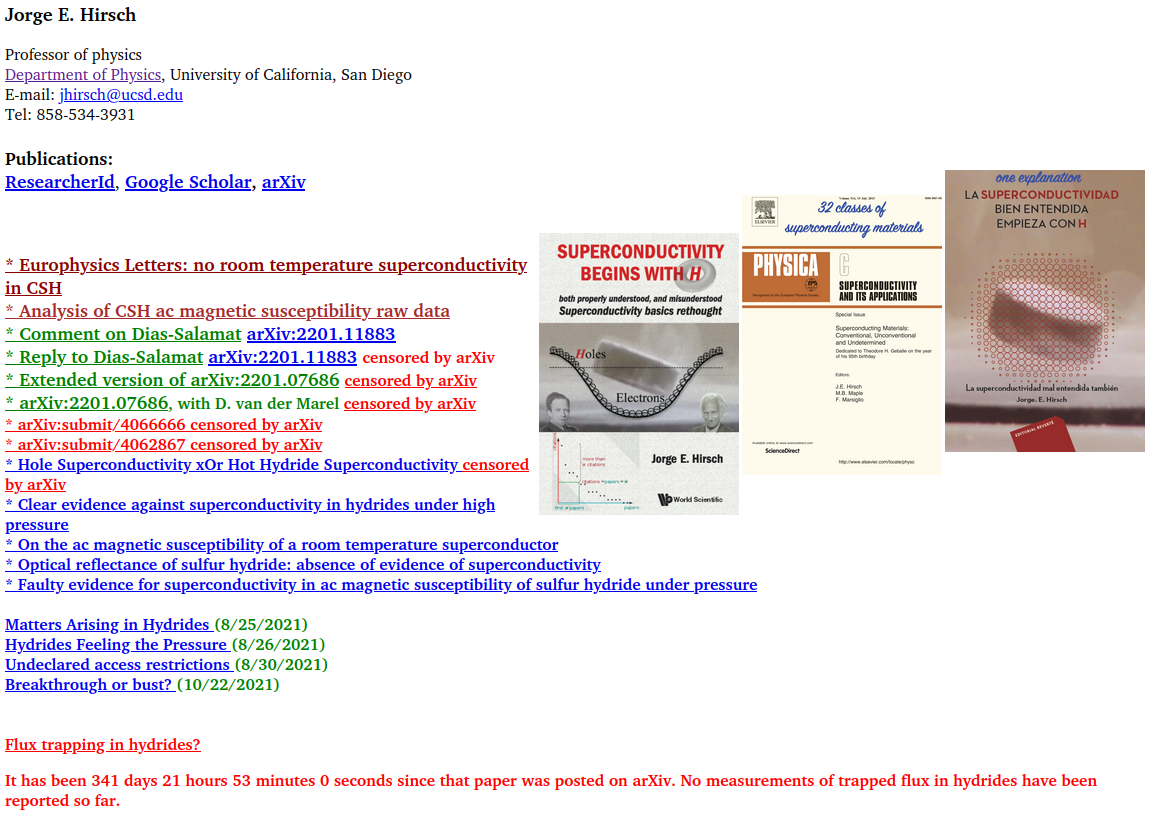 If only the physics community were more diverse, including more women and LGBTQ+++ individuals, these things wouldn’t happen. It’s these white men with their toxic masculinity who are at fault, not to mention those white [supremacist] boards. 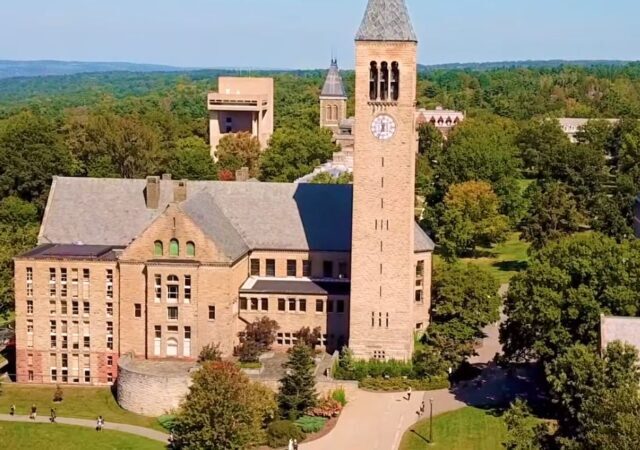