Ayn Rand and Johnny Carson on the Tonight Show 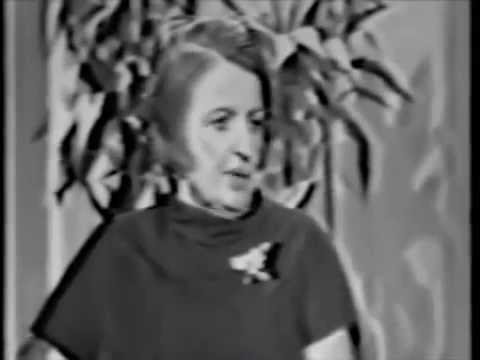 On 1967-08-11 Ayn Rand appeared on the Tonight Show for a 26 minute conversation with Johnny Carson. She discussed her philosophy, morality, and support for capitalism against collectivism and altruism. At the 15 minute mark, she opposes military conscription as ineffective as well as immoral, and declares the U.S. involvement in Vietnam a mistake. Later, she expresses her opinion that if the U.S. and other “semi-free” countries were to withdraw their support, the Soviet Union and other communist systems would collapse from their own internal contradictions and inefficiencies.

I watched this interview when it was broadcast live. Most of the tapes of the Tonight Show from 1962 through the early 1970s were recorded over and lost—this is a rare exception. Ayn Rand would return for two additional appearances on the Tonight Show on 1967-10-26 and 1967-12-13. I did not see either of these and have found no recordings of them.

Here are my thoughts on reading Atlas Shrugged for the fourth time in 2022 and a discussion of the book and related issues.

I can’t thank you enough for posting this. Although it made me cry, thinking what we’ve lost. I mean sheee-uh! Carson conducted a better interview than anybody we have ever seen for the past 2 decades at least! God how I pray we could get back to the level on which this interview was conducted.