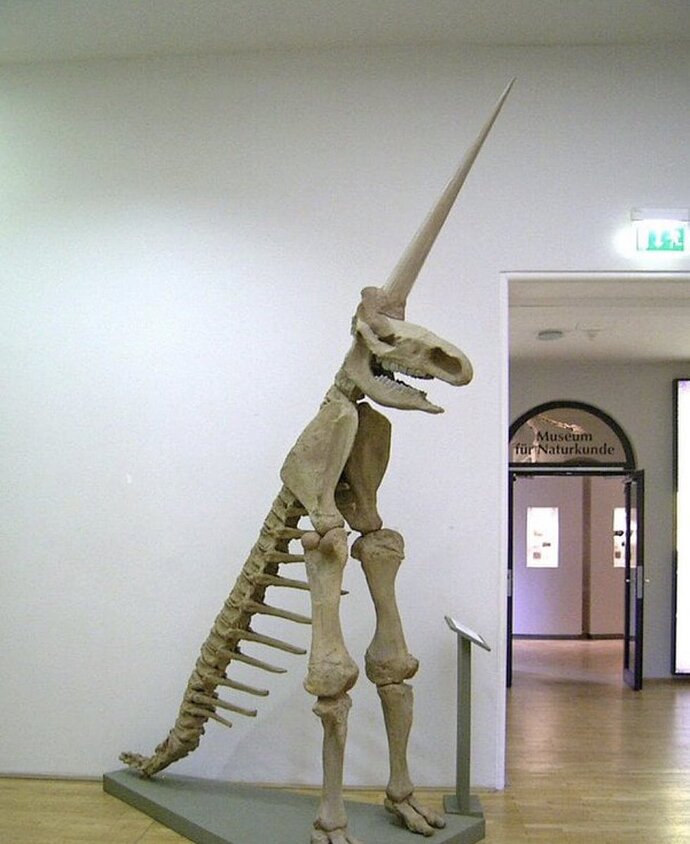 980×1200 127 KB
In 1663, a skeleton was found in a cave Quedlinburg on the Zeunickenberg near Magdeburg in what is now Germany. Otto von Guericke, scientist, inventor, and at the time chief executive of the city, examined the remains and pronounced his opinion that it was the skeleton of a unicorn, as recounted by Gottfried Wilhelm Leibniz in his 1749 book Protogaea.

In his book about the vacuum, Guericke mentions in passing that the skeleton of a unicorn was found with the rear part of its body bent back, as is common with animals, but with a raised head and carrying on its forehead an extended horn about five yards long; the horn was the width of a human leg and tapered gradually.

Based upon this evidence, Leibniz “reconstructed” the animal, as shown in this illustration from his book.

Based upon Guericke’s report, the exhibit at the Natural History Museum in Magdeburg shown at the top of the page was assembled in 1672, from what are now believed to the bones of a woolly rhinoceros.

Here is more about “Leibniz on Unicorns” from Philosophy Now. Unicorn Cave is now open to the public.

Piltdown Man and the Cardiff Giant could not be reached for comment.

It’s worth noting that the Unicorn myth was probably created by Vikings to better market narwhal tusks: 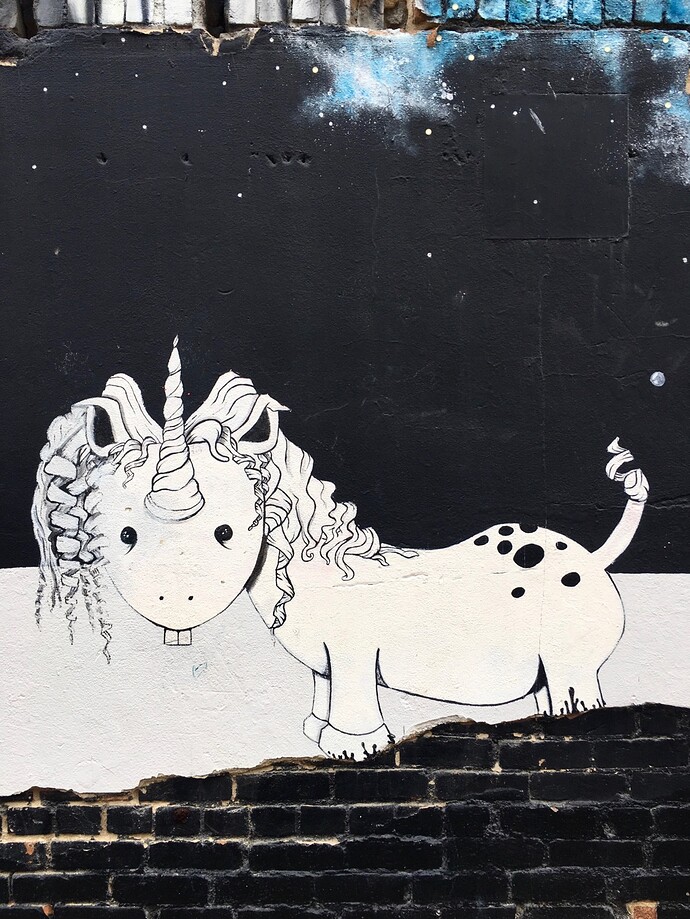 It’s worth noting that the Unicorn myth was probably created by Vikings to better market narwhal tusks:

Interesting. I always thought that unicorns were deformed goats, with the nominal two horn buds growing too close together and twisting into one. This is also consistent with cloven hooves and beards, and tufted tails, as unicorns were depicted in later art like stained glass windows, etc.

Of course all of these could have become concatenated over time, and the alicorn horn, something of which I was unaware, being a narwhal tusk is spot on. Thanks for the link!