It is very difficult to send a spacecraft to orbit the planet Mercury. Mercury orbits so deep within the Sun’s gravity well that just to get to the radius of Mercury’s orbit requires cancelling a large fraction of Earth’s orbital velocity, and then you have to cancel most of the velocity at perihelion to lower the orbit to align with Mercury’s. The joint European/Japanese BepiColumbo spacecraft, launched in 2018, is en route to entering Mercury orbit in December 2025 after performing one fly-by of Earth, two of Venus, and six of Mercury, all of which “steal” a tiny bit of the planets’ orbital velocity to lower its orbit closer to that of Mercury.

On 2022-06-23, the spacecraft performed its second fly-by of Mercury, approaching as close as 200 km to the planet. Fifteen minutes after closest approach, two monitoring cameras began returning pictures of the receding planet. These are engineering cameras, not fancy scientific instruments, and the images are 1024×1024 pixel black and white snapshots obscured in part by components of the spacecraft structure. But they do give a sense of zooming past the closest planet to the Sun.

Here is a 2018 video by Scott Manley explaining why it takes seven years and eight fly-bys to get to Mercury. 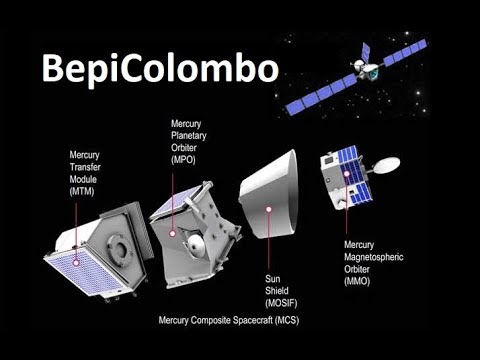