A two hour movie by the Russian Wagner Private Military Contractor group detailing a two hour firefight to gain control of the top floor of a 9-story building for use as a spotting location. Seeing the challenges, it is easy to understand why fighting in Syrian cities and Ukrainian towns lasted for weeks, sometimes months.

This is not a documentary, but nor is it a western-style war movie. No slim blonde females easily beating up burly men. Nor does it depict a Desert Storm style unequal contest. The two sides (White & Yellow) are both courageous, self-sacrificing, and evenly armed. Both sides pay a high price – and the war goes on.

“We know that we will go to Hell.
But in Hell, we will be the best”.

It almost seems a subversive anti-war film that ends with:

The task was completed and the targets were destroyed, but the situation did not change much. The enemy managed to react in time and retreat to pre-prepared lines without allowing a breakthrough of the front. The enemy made up for the loss in artillery at the expense of reserves and a day later large calibers continued to torment our positions despite the losses.

The next day a new battle began and so every day, day after day.

We know we’re going to hell but in hell we’ll be the best.

Even by Russian standards, that’s not exactly inspiring recruits to join Wagner which is the presumable film’s intent.

Also, with US declaring Wagner a terrorist organization, Google/YT is breaking the law, isn’t it?

One wonders what Wagner’s objective was in making what was clearly a fairly expensive movie? It is certainly not going to do much for recruiting! But it is a fascinating insight into modern weapon systems, tactics in an urban environment, and the high skills & teamwork required by today’s front-line soldiers. Let’s hope Our Betters who are steadily pushing us towards a pointless destructive global conflict take the time to watch it – and learn!

They won’t. It’s too “icky”. Reality of combat is not in their sphere of interest; making money is.

“Urban Combat” was not a “thing” until TET in Vietnam. There’s a great book called Phase Line Orange, depicting what one platoon in 1/5 ran into in Hue City. I remember thinking, “You’re doing it wrong! You’re doing it wrong!” until about halfway through the book it suddenly struck me they didn’t know HOW to fight in an urban setting, and that the lessons of Hue were already, one year later, incorporated in our Marine Officer School training.

War is a serious business. Things are not “accidental” - one plans and uses principles to lay out both offense and defense. THEN, of course, comes first contact and all the plans go out the window, and you are thinking on your feet, making adjustments, changing things because of changing situations on the battlefield. The regimental commanders and even the smarter battalion commanders talk of “controlling the battlespace. That is merely the modern terminology of controlling the strategic layout of your forces. At the company level (Captain and Lieutenant) you are merely looking at the tactical situation - which means how your troops are fighting, what direct obstacles they are encountering, how to solve those problems and have the fewest soldiers killed or wounded AND accomplish the mission.

It’s a tough world, and not one easy to survive in. You need brains, swift reactions, tenacity, and. a confidence in yourself. And luck.

Speaking of Vietnam, here’s an interesting article about their wartime leadership: 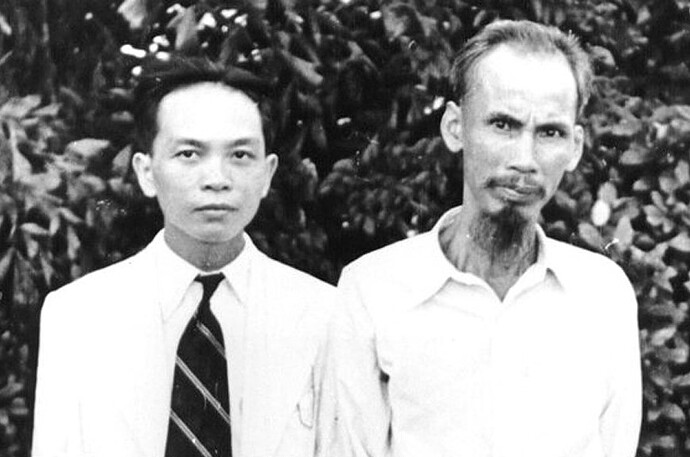 Interesting film, but I agree, not sure what the intent was of it? Maybe it strikes us as odd because it humanised the enemy, something unheard of in the US/Western sphere where demonising the enemy is the first thing done. All the way through the SMO RU has been attempting to ‘win the peace’ that will come, not just shock and awe win the war. They have to live with these people afterward, not declare victory and leave across the ocean. As an ex-FAC(A), I found that aspect of it a bit non-sensical, surely other sensor systems would better detect a ‘Tulip’ heavy SP mortar than binos from more than a km or two away.