You saw it on SCANALYST first, Jeff Bezos’ Blue Origin IS HIRING to develop a nuclear fission propulsion system.

See Indeed posting below (1 expired, 1 active as of this writing). I checked my calendar and it is NOT APRIL 1ST (i.e. April Fools Day … though Elon Musk may be feeling it is.

Will Blue Origin execute on this plan and leap frog SpaceX to Mars and beyond?

One thing is certain – Texas in 2020s is like the France of 1800s regarding technology development. Fellow scientists, join us in Texas for the Freedom and Fun! 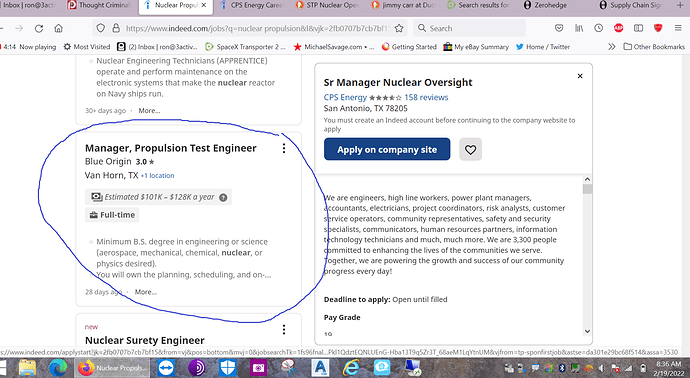 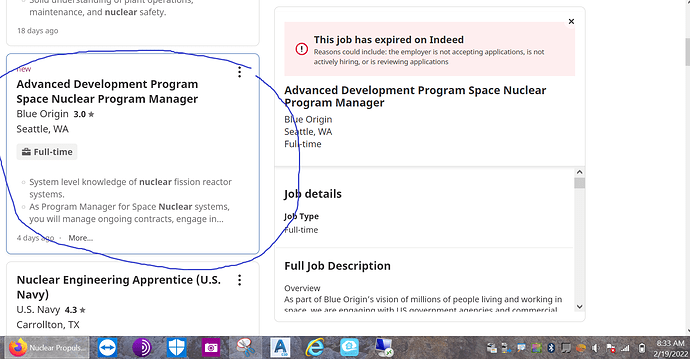 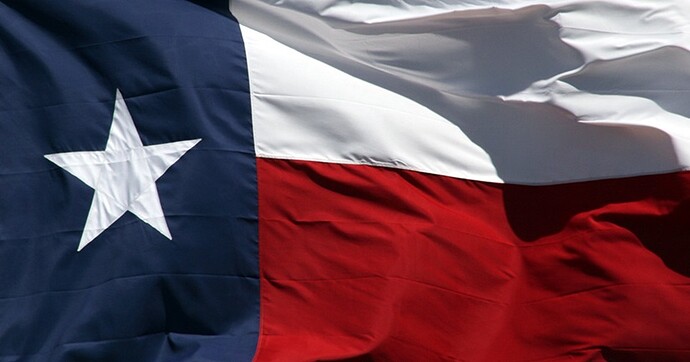 My guess would be that the Space Nuclear Program Manager position is to support the DARPA DRACO contract, in which General Atomics was awarded US$ 22 million to develop the nuclear propulsion system and US$ 2.9 million to Lockheed Martin and US$ 2.5 million to Blue Origin to independently develop spacecraft concepts to use the engine. Under this contract, Blue Origin would not be involved in designing the nuclear rocket engine, but rather integrating it in an upper stage vehicle for an in-space test and demonstration program.

US$ 2.5 million to Blue origin to independently develop spacecraft concepts to use the engine.

If we assume something like $250,000 per annum as the total cost of employment for the average staffer (including overhead, office space, maternity leave, training, etc), that is only 10 man-years for the Blue Origin part of the project. Take out the time lost in ramp-up and then in final documentation – maybe 8 effective man-years of productive efforts – roughly equivalent to about 3 PhDs worth of productive time.

Of course, if DARPA had saved some money by handing the project instead to a university, at least 2 out of the 3 PhD students would have been foreign students from China. Oh dear!

Of course, if DARPA had saved some money by handing the project instead to a university…

If they’d handed it to a university, the institution would have skimmed their “overhead” fee off the top before the lab doing the work saw a penny from the contract. Here is the rate sheet for federal contracts from the University of Utah. And the rate for on-campus research projects is…53.5% (going up to 54% in July 2023).

Gotta pay for all of those Diversity, Inclusion, and Equity deputy assistant sub-deans somehow!

So the university version of the project would be down to one PhD student from China and an MS student from India. Oh dear!

Any way we cut it, the Blue Origin contract will not buy a whole lot of engineering time. Maybe the smartest use of the man-hours would be to update decades-old work on nuclear-powered rockets to see how much they could be improved with today’s material science and control systems?

Bezos should at least investigate the warp drive that we see in the UFO phenomenon.