Recently in American Greatness, VDH mused over the bizzare selections for the cabinet Biden has made, and some of the terrible results. Since we have debated Ukraine almost to death, I include this quote, just for thought. You can read the whole article at the link.

“Why then did Secretary of Defense Lloyd Austin tell the world the very opposite in a fashion that could only convince Russians that our real aim in Ukraine is to destroy Russia as a superpower?

As Austin put it publicly, “We want to see Russia weakened to the degree that it can’t do the kinds of things that it has done in invading Ukraine.”

Even if that description of the agenda is true, why broadcast it—given Russia has over 6,000 nuclear weapons and its President Vladimir Putin is increasingly erratic and paranoid?

They seem indifferent to the current border, inflation, energy, and crime disasters. When confronted, they are unable to answer simple questions from Congress, or they mock anyone asking for answers on behalf of the strapped American people.”

I’m becoming convinced that these people, who I increasingly hear called the “laptop class”, are so deeply inside their own bubble that they are simply unaware of what is going on in the real world where people build things, provide services, and raise families. The laptop class includes those in government, academia, mass media, and the senior managerial positions of large public companies. They read their media and believe what they tell them, and they confidently assume that its picture of reality corresponds to what is actually going on in the real world.

But it doesn’t. This is why the election of Donald Trump or the vote for Brexit came as such a surprise and shock to them, and why both events set off a wave of repression and censorship to ensure such a thing could never happen again.

You can see this effect in the regular broad-based polls where voters rank issues (here is a collection of such polls from 2020). To those inside the bubble, climate change, diversity/systemic racism, trans/deviant rights vie for the coveted position of Current Thing. And yet in polls of the general population, they’re near the bottom, with pocketbook issues such as the economy, the cost of health care, and inflation ranking high.

The reason these appointees seem incompetent and delusional is because they are incompetent and delusional. When you are proceeding from a set of beliefs and bogus "facts” which do not correspond to the real world, you end up making bad decisions and doing stupid things, and when the media are coming from the same place, there’s no check or questioning of their assertions.

As just one example, these people believe and say that letting millions of unskilled working-age people into the country will not harm or reduce wages of those on the bottom rungs of the economic ladder. How stupid do you have to be to think that a dramatic increase in supply of anything will not drive down prices? Probably just as stupid as believing that increasing the money supply by a factor of five will not cause them to rise. 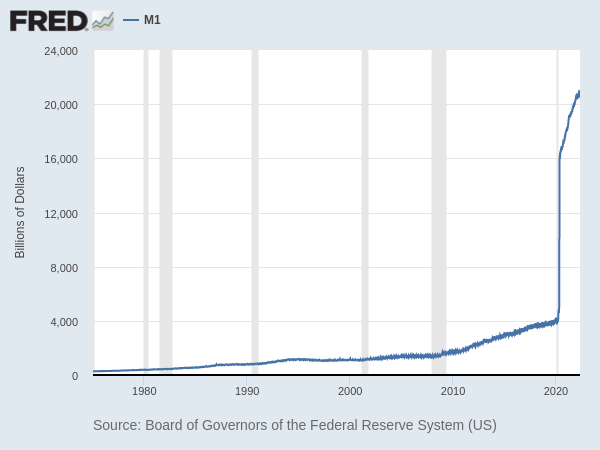 It is not just Biden appointees. Consider the case of the delightful Liz Truss, UK Foreign Secretary – a blonde bimbo who literally does not know her Black Sea from her Baltic; yet no resignation is forthcoming.

Back in the 1960s, the UK War Secretary John Profumo was caught lying to Parliament about a sexual affair with a prostitute – he resigned, and spent much of the rest of his life working for nothing for a charity in the slums of London. In contrast, a certain President Clinton in the 1990s lied to the American people about a sexual affair with an employee (a worse offense) – he evaded responsibility, his Party rallied behind him, and his donors (including China) gave him great wealth.

We get what we tolerate – and we tolerate far too much. “We” unfortunately seems to include most of the Western world.

The reason these appointees seem incompetent and delusional is because they are incompetent and delusional. When you are proceeding from a set of beliefs and bogus "facts” which do not correspond to the real world, you end up making bad decisions and doing stupid things, and when the media are coming from the same place, there’s no check or questioning of their assertions.

Hanlon’s razor: never attribute to malice that which can be explained by incompetence. But recently, and the COVID-19 so-called “pandemic response” illustrates this, “they” (or “these people” as John calls them) are actively making decisions that hurt the rest of the population.

Whether by exposing the population to the risks of an unsafe vaccine - the FDA had first hand knowledge of the Pfizer trial reports in their entirety - or by enforcing indiscriminate lockdowns that went against modern pandemic response practices at the expense of severely affecting socio-demographic groups with very low risk from the disease.

So perhaps this is more about Occam’s rather than Hanlon’s razor? The Ukraine proxy war is another exhibit in support of this theory: $40B committed to purchase weapons and ammunition when just about the same amount would pay for “fixing” the tens of thousands of bridges that are crumbling.

Your mentioning of John’s use of “these people” reminds of a bit of a legend regarding RE Lee. It was said that Lee never referred to the federals as “the enemy,” but, rather, he would call them “those people.” I always found that interesting because it doesn’t dehumanize them, like we did with say the Hun or the Japanese, but it does signify a marked difference among the opposing parties while maintaining each side’s equal standing.

As to the rest of it, I have long abandoned the notion that this is incompetence. This is deliberate. Those people are purposefully creating scenarios that lead us to want more and more despotism. They know this, so why wouldn’t they continue bumble-effing us straight into a dystopian hellscape controlled by Satan and his minions?