“Black Start” of the Electrical Power Grid after a Widespread Outage

“It takes power to make power.” Many electrical power plants use between 5 and 10 percent of the power they generate just to power the machinery that generates the power. When starting up, they normally use grid power to bootstrap this process. But what if the grid is down?

Have always been curious about how this is managed. Excellent video!

John is this similar to the scene in Apollo 13 where they have to power up the LIM after shutting it down but without going over a certain amperage? It’s my favorite part of the movie.

John is this similar to the scene in Apollo 13 where they have to power up the LIM after shutting it down but without going over a certain amperage?

Basically, for a power plant to be black start capable, they need to work out the power required to start up the plant to the point where it is generating enough power to complete the ramp-up to full rated output and then have an on-site generator (often diesel powered, with a local fuel tank) sufficient to generate that power when the main plant is completely shut down. This is expensive, and so within a utility’s network only certain plants that require relatively little power to start up are equipped with black start backup generators, the assumption being that once they come back on-line they can provide power to start the others that don’t have black start capability.

When putting a power grid back together, as described in the video, it is essential that the frequency and phase of the plants be precisely synchronised at the time they are connected to the grid. The black start plants provide the initial frequency reference to which others synchronise as they come up.

There is a line in the movie where KEN Mattingly gets frustrated after several sequence attempts fail and John says, “Ken, you’re telling me what you need and I am telling you what you have.” I get the sense when these black start plants were first being developed, something similar was said to some engineer down the line. Thanks John. 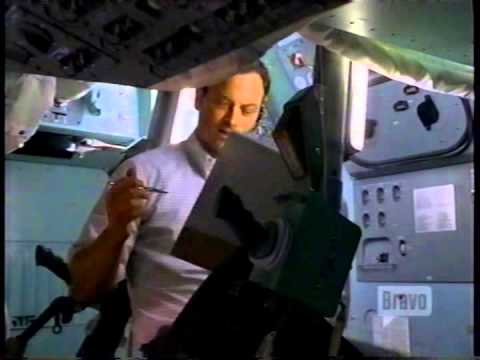 This topic provides an interesting element in James Aasch’s novel “Rad Decision: A novel of nuclear power”. It is a good read – informative too!

The attacks on substations in NC and the Pacific Northwest has gotten more coverage by the legacy media than I would expect given the potential for copy-cat attacks – especially those involving sniper rifles puncturing transformers from a distance that may be difficult to investigate. Maybe they’re just desperate for clicks.

It’s rather a coincidence that I had just been finishing up re-reading the circa-2012 10-novel series “299 Days” which, in the last book, talks about the use of rifled slugs for 12-gauge to take out transformers as part of the insurgency. However that system can’t provide the safe range of a sniper. That novel series is, by the way, set in the Pacific Northwest.