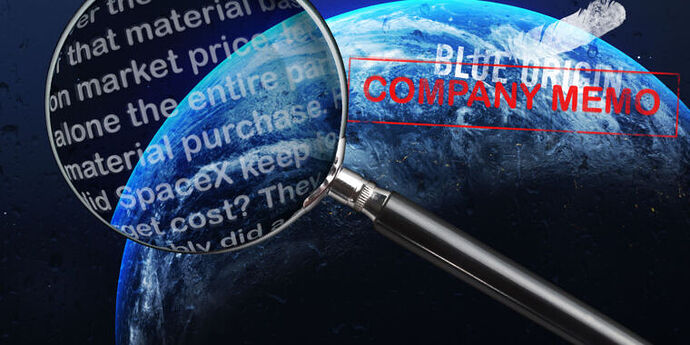 "They have a customer focus. We should too."

In 2018, Blue Origin hired a consultant firm to assess Blue's competitive position with respect to SpaceX. Ars Technica has obtained a copy of the their report to CEO Bob Smith, which Eric Berger summarises in an article, “Revealed: The secret notes of Blue Origin leaders trying to catch SpaceX” published on 2021-10-04. The memo included some pungent quotes from senior Blue Origin managers.

They [SpaceX] have a customer focus. We should too. In many cases we view the customer as a nuisance. … We need to change this culture.

Cost as a design constraint and important variable is embraced by their [SpaceX's] culture, instead of being viewed as an evil metric that leads to a sub-optimal outcome.

Blue is riddled with poor estimating. The estimates barely cover the spot cost buy of that material based on market price, let alone the entire part material purchase. How did SpaceX keep to their target cost? They probably did a good job estimating. How they accomplished such good estimating is beyond me right now, but they did it somehow for their early years.

I would like to see us change how we reward teams and individuals for company or project level success. Dinners, shirts and parties can only get us so far. I think real and meaningful financial incentives for Blue employees can help.

My strategy at Autodesk was just: