I have to be honest. I don’t find these things very exciting. I will watch, but they pale in comparison to the SpaceX launches.

Bezos is on the pad closeout crew? He was the one that shut the door.

He also drove one of the trucks to the launch pad.

I skipped around, fast-forwarded through most of the talking heads chats. Have to admit, I was looking forward to comments from Mr. Shatner. But his pre-flight interview comments struck me as pabulum. Just saw them land safely (all on replay) and called it done.

Maybe I’m jaded, and though the technology is impressive, I don’t find these sub-orbital “space selfies” for dilettantes particularly edifying. Maybe there was a time when NASA needed PR stunts to get the funding they wanted, but those days are over. Better if the resources were spent on building space habitats per O’Neill and/or solar energy harvesting from orbit or mining asteroids. Even Dysoning (formerly “Hoovering”) up some of the astronomical quantities (literally!) l.e.o. litter/debris would be considerably more constructive.

Jeff Bezos talks a good game, and hits all the right notes when he talks about the O’Neill vision, but his accomplishments, especially given how much he’s spent on them (which is almost certainly more than the up-front investment in SpaceX) have been modest and long in coming. Recently, his strategy seems to be more centred on litigation than innovation, and while that may be the way the U.S. works these days, I doubt the “injunction drive” will take us to the stars.

The trucks should have been self-driving

The saving grace for this episode was Shatner.

It would have been delightful if he’d reported a gremlin tearing up the fins upon re-entry. 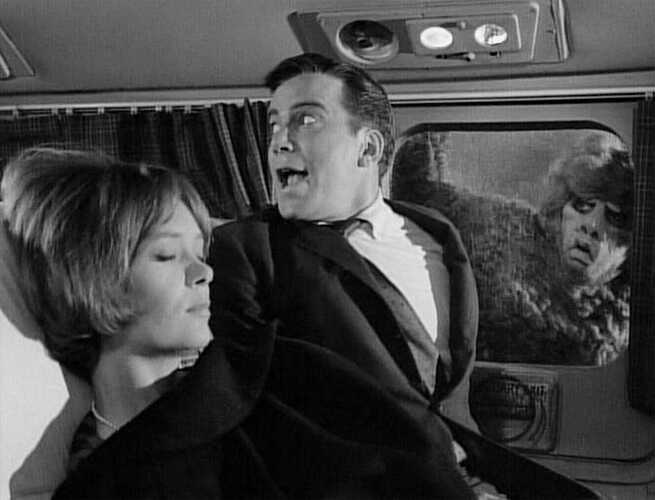