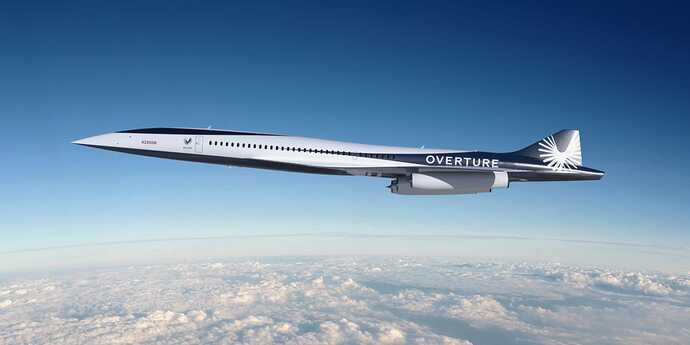 Supersonic jet startup Boom's future is in doubt after every major jet-engine...

Travel analyst Henry Harteveldt told Insider that Boom could build its own engine, which, if successful, would give it a huge business advantage.

Boom Supersonic may be forced to make its own engine for its ultra-fast Overture jet.

That’s not going to happen.

“It doesn’t mean Boom can’t do this, but they will need to raise additional funds or bring in a partner or two to help,” Harteveldt told Insider.

A partner or two? One obvious partner would be Russia – which has plentiful access to the exotic metals which would likely be required in such an engine, as well as good expertise in metal-working. A second obvious partner would be China – which is working hard on building up its jet engine manufacturing sector. China might also be interested in leap-frogging the West with a supersonic jet instead of merely playing catch-up with its C919 narrow body jet.

Before the current unpleasantness began with the CovidScam, I was predicting that within 10 years either Airbus or Boeing would be functionally a Chinese company since China & Asia are where the growth in air travel is occurring. Boeing is now persona non grata in China, and out the running. Airbus will suffer from the consequences of the EU’s sanctions on Russia. Maybe Boom will end up as a Chinese company?

The one factor you seem to not have taken into consideration is that Asian, and especially totalitarian communist, regimes are not much at innovation but at copying. China may be making progress on many fronts, but they’re all fronts with data and idea inputs from the West.

communist, regimes are not much at innovation but at copying.

Is that perhaps a little harsh? After all, today’s 5G technology comes from China. China is now overwhelmingly dominant in STEM education, technical PhDs (many from Western universities), and files for astonishing numbers of patents.

As for copying – has that not been standard practice across the world for forever? The US built its (former) iron & steel industry with German & British technology. US WWII advances in radar & nuclear science were built on technology from the UK, Germany, Italy.

Every smart person is always open to other people’s good ideas; it would be dumb to do anything else. It might not be smart for us to assume that once China has caught up, they will sit twiddling their thumbs until someone in the West comes up with a new idea for them to copy. As always, time will tell.

But here we can be specific.

China has had a very tough time with jet engines. They are just now getting some reliability out of their versions or derivatives of Western or Russian engines: 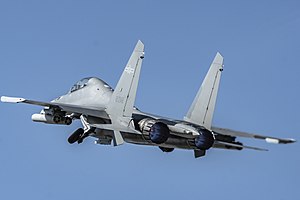 The Shenyang WS-10 (Chinese: 涡扇-10; pinyin: Wōshàn-10; lit. 'turbofan-10'), codename Taihang, is a turbofan engine designed and built by the People's Republic of China. Chinese media reported 266 engines were manufactured from 2010 to 2012 for the J-11 program. Unofficial estimates placed production at more than 300 units by May 2015.

The WS-13 (Chinese: 涡扇-13), codename Taishan, is a turbofan engine designed and manufactured by Guizhou Aircraft Industry Corporation to power the Pakistan-China jointly developed CAC/PAC JF-17 Thunder light-weight multi-role fighter, and in the near future the Shenyang J-31 fifth generation stealth fighter currently under development. China began development of the Taishan in 2000 to replace the Klimov RD-93 turbofan, which had been selected in the 1990s to power the JF-17 light-weight fighter....

It seems unlikely that they can jump in and make an engine with efficiency, reliability, and environmental attributes that would tax a Western manufacturer.

With the global elite looking to take away flight travel for the middle class, any small business trying to make it in aviation is going to be dead on arrival. If the global market for flight travel is relegated to 400 elite pedo-vore Satanists, then why would anyone want to invest in this type of company?

Maybe Boom will end up as a Chinese company?

Cirrus remains headquartered in Duluth, Minnesota and manufactures in the U.S., but its ownership is 100% Red Chinese government.

While that may be true, Cirrus has never been anything but a very marginal player in the aviation market. Perhaps one reason they ended up being a Chinese company is that no one was particularly interested in them here.

Boom Supersonic may be forced to make its own engine

Boom could be just a few “burned out”, ex SpaceX engineers, away from Mach 1.7 – or perhaps even a bit faster!