The Netflix movie Don’t Look Up is the funny, deeply ironic, and heartwarming story of an extinction-level cometary impact on Earth. Unlike other movies in this genre such as Deep Impact and Armageddon, this flick goes to some lengths to get the science right, or at least plausible, and avoids most of the easily avoidable howlers that have marred previous efforts.

University of Manchester physics professor Brian Cox looks at the science behind the film and why the filmmakers were mostly correct in the choices they made in telling to story (why, for example, a comet rather than an asteroid). There are substantial spoilers for the movie in this video.

It is striking how similar the scenario of Don’t Look Up is to that of Robert Kroese’s Mammon trilogy, the first volume of which, Titan, was published in November, 2021. 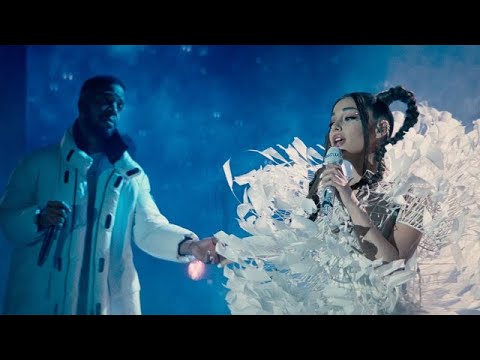 …and don’t pet the Bronterocs (spoilers).

Movie Review: Don’t Look Up - by Scott Alexander (substack.com)
An entertaining review of the movie:

“Take this seriously, and the obvious moral of the story is: all conspiracy theories are true. If some rando bagging groceries at the supermarket tells you that every scientist in the world is lying, you should trust her 1000 percent.”

As a scientist, I don’t mourn the loss. We were authors of our own destiny. It is richly deserved. To the extend one favors that justice be done, it’s cause for satisfaction, if not celebration. Karma’s a bitch.

I was with this charming scientific mophead all the way, but it was ruined for me my the last frame: Comet = climate change.
Earth may be the only place where anything matters, just as he says, because without intelligence there can be no meaning. Tru dat! But, um, the climatistas are actively pushing for the eradication of humanity so the planet can return to its pristine “beauty “. They discourage breeding, first and foremost. Don’t they GET it: animals don’t sit around (or prowl around) overwhelmed by the grandeur of their surroundings. There IS no “beauty” without he eye of the human beholder, there IS no “goodness” without the moral faculty of the human intelligence. There is no right or wrong without human judgment, which is the motif of the Genesis story. “The man is become as one of us (gods)!”
Oh I give up. The last spectacle my own feeble intelligence, my pride, my treasure, will illuminate as it flares and flickers fitfully toward darkness—
is my species’ blind, mad self-hatred.

The last spectacle my own feeble intelligence, my pride, my treasure, will illuminate as it flares and flickers fitfully toward darkness—
is my species’ blind, mad self-hatred.

I’m not sure it’s our “species’ blind, mad self-hatred” but rather some transient phenomenon in the “west”, which seems bent on snuffing the candle of the Enlightenment. I see no signs of this in China, Russia, Africa, or the Islamic world who, whatever you may dislike about them, see themselves as advancing toward a better world for humanity, as they define it. Just look at fertility rates, and especially the first derivative over the last decade.

Think of it as evolution in action.

You’re right, this suicidal culture is confined to
“The Anglosphere”, as you called it elsewhere. Contrary to what our homegrown Wormtongues would have us believe, it’s not a matter of “whiteness”. A few years ago I visited Ukraine and Poland. They’re breeding prolifically. Thanks for reminding me of that glorious flowering.

I’m not sure it’s our “species’ blind, mad self-hatred” but rather some transient phenomenon in the “west”

This link might seem wildly off-topic, but it may in fact illustrate the heart of the West’s self-destructive problem:
South Korea fires up its ‘artificial sun’ - Asia Times

The article actually has some useful information about fusion – but then, it does not come from the politicized media dens in London or the DC Swamp. How is South Korea able to accomplish so much with a mere 437 staff and a $200 Million annual budget? Especially compared to the lumbering bureaucracy of ITER in France?

“One reason why South Korea is so advanced in this field is the specializations offered of local industry, which can produce the kind of super-high stress metals and machinery a tokamak requires. “We have a well-developed industry for this,” Yoon said. “Based on that, we have a lot of advantages.” Indeed, Korea leads the world in shipbuilding technologies, and is also a key player in steel, construction and engineering.”

75 years ago, the world leaders in such technologies would have been in the West. Even 45 years ago. There is a lot of ruin in a nation, and it looks like the West has been enthusiastically diving to the bottom of that barrel. The question is why? What did we denizens of the West get wrong over the last half century?

Was it as simple as going off the Gold Standard? Or the decline in religion? Or the decline of standards in the educational system? Or the financialized pursuit of short term profits which led to the offshoring of Western industry to places like South Korea? Historians will be arguing about this for centuries … but probably not in a European language.