Bringing Back the Tasmanian Tiger

National Geographic reports on 2022-08-16, “Efforts to resurrect the extinct Tasmanian tiger get a boost”: 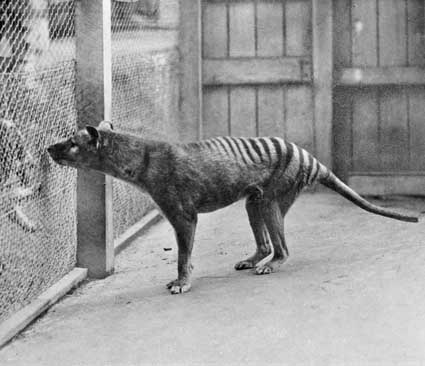 A radical idea to support the recovery of damaged ecosystems has been gathering steam: resurrect species that have gone extinct and reintroduce them to the wild. Proponents of “de-extinction” argue that by returning species that played an important ecological role to their old habitats, entire regions could benefit.

The lab-created animals would not be the exact species that went extinct, but hybrids of those species with their DNA filled in by living relatives. The most well-known de-extinction project is an effort to bring back a version of the woolly mammoth by splicing its genome with Asian elephant DNA. The work has been a longtime project of Harvard geneticist George Church, who recently co-founded the bioscience company Colossal, with $75 million in private funding, to accelerate the research.

Today Colossal announced that it has partnered with a group of researchers at the University of Melbourne to work on the de-extinction of another animal: the thylacine, also known as the Tasmanian tiger. This Australian marsupial predator went extinct less than a century ago.

“We’ve been working on [thylacine de-extinction] for about 10 years in my lab, but by partnering with Colossal, they have this incredible wealth of knowledge, this incredible amount of technology that they can bring to the table with the work that we’ve been doing,” says Andrew Pask, head of the thylacine restoration lab at the University of Melbourne.

Bringing the thylacine back could, in theory, help keep these smaller animals in check. Apex predators also help curb the spread of disease among their prey, such as devil facial tumor disease, a transmissible cancer currently spreading among Tasmanian devils. But resurrecting a species from extinction presents major scientific challenges.

Numbats and thylacines shared an ancestor some 40 million to 35 million years ago, and the two species share up to 95 percent of their DNA. The numbat’s genome could therefore serve as a template that, using gene editing technology like CRISPR, could be tweaked to resemble the genome of the extinct thylacine, which was first sequenced in 2017 using museum samples.

“We’re very good at synthesizing large fragments of DNA, so we genetically engineer that living [numbat] cell now to turn it into a thylacine genome,” Pask says. “Then you just have to turn that cell back into a living animal.”

While de-extinction efforts could advance bioengineering technologies, it remains unclear how much they will contribute to conservation—and whether bringing a version of an extinct animal back can be done in an ethical way.

Reintegrating the thylacine into its habitat would be an effort carried out in unison with local conservation groups and Aboriginal communities, Lamm says. “The thoughtful reintroduction of species will probably take longer than the actual creation of the animals, just because we want to ensure that it’s done the right way,” he adds.

But this technology is an example of a colonial mindset, says Emma Lee, a professor at the Swinburne University of Technology in Melbourne who specializes in Indigenous affairs and environmental management. An Aboriginal trawlwulwuy woman from Tasmania, Lee sees de-extinction as the “wrong approach” and one that “obscenely steals from Tasmanian Aboriginal people the right to speak for country,” particularly considering overhunting by European settlers is considered the primary reason the thylacine was eradicated from Tasmania.

“Our culture and animals are not their scientific playground,” Lee says. 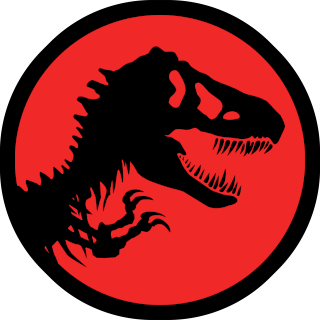 Here is more on the Tasmanian tiger, the last known exemplar of which died in a zoo in 1936.