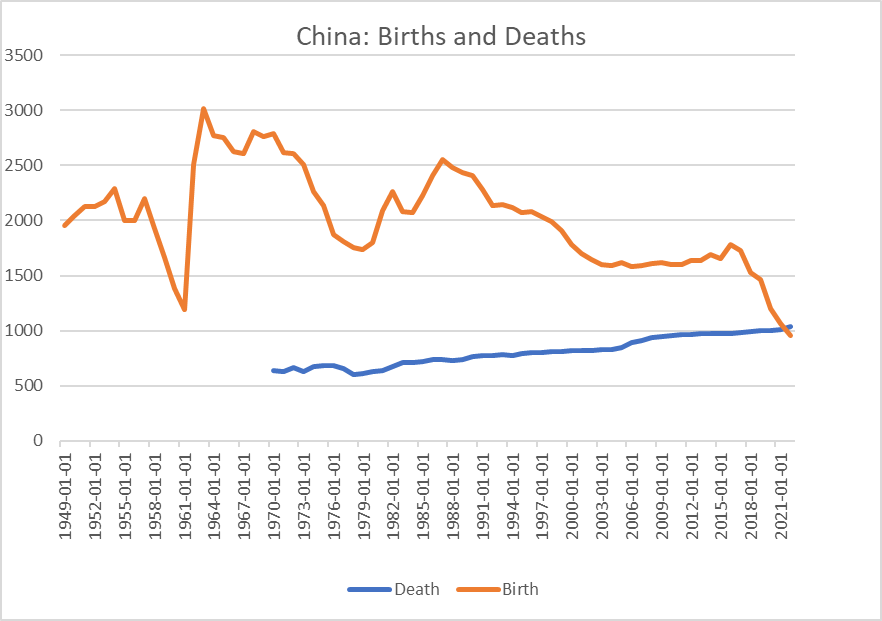 One of the best predictors for economic growth is a large working-age population without children, like Japan in the 1980’s, Germany in the 2000’s, USA in 1995. Such growth, however, isn’t sustainable, because it depletes human “resources.” Dips in working populations can create shocks, such as the dearth of young workers in USSR in 1980’s.

China now has a large working-age population but there are too few kids, and the females are becoming too old to have children. Migrant workers in city dormitories can’t really have kids easily. They had a chance to make a leap, that chance has now passed.

In the past, the human “resource” have been mined forcefully before: 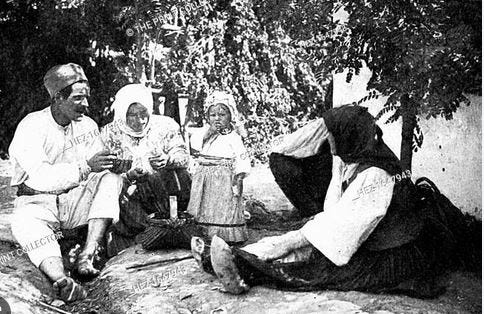 The plight of late industrializers

What if peasants do not want to move to cities?

The question is, how do you industrialize under such conditions? Reluctance of peasants, whenever they had their own land, to become industrial workers has been discussed (Gerschenkron, Polanyi). In England they had to be literally chased from land through enclosures; in France, the process was much more overdrawn and took a century; in Germany, Poland and Hungary, large estates owned by nobility and consequent landlessness did the job. In Russia, it was bloody and occurred through forced collectivization.

Another “technique” is taking females away from investing into human resources (which is something women historically did a lot of) and into the workforce:

What to do now? The west is trying to entice foreigners to move there, and work. It’s trying to sweeten the ‘package’ with multiculturalism. One can’t yet predict if this is sustainable: cultures that have proven to assimilate and be productive (such as Eastern Europe) are becoming depleted themselves. Islam, India and Africa are successfully pronatalist and taking over more and more institutions of the West.

The east is trying to develop pronatalism by technocratic mind control. The mind control apparatus looks like it could be successful: 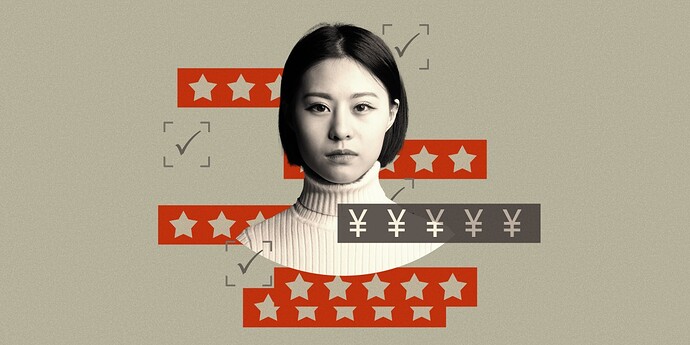 But what can be done in the West? One of the most interesting calls is the following one: 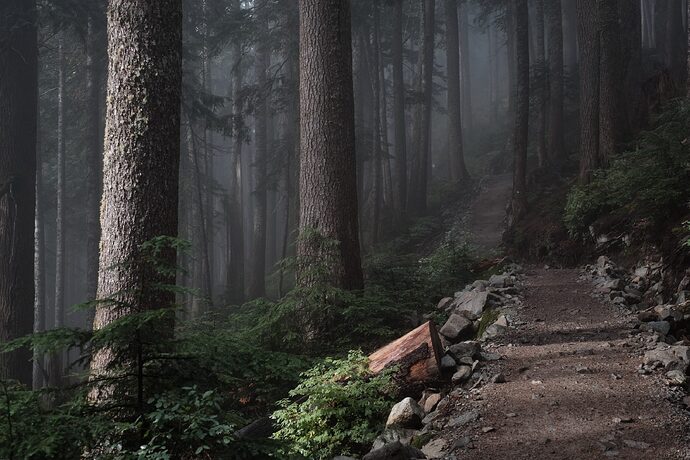 Quitting your job, in the full sense I have described here, is a bit like quitting that agricultural life to return to a life of adventure on the wild frontier. It is a much less certain existence and a more violent one. But the combination of leisurely surplus, mortal intensity, and demand for novel virtue is where you will find life at its healthiest and highest. It is where we will find the most important destinies.

Inconsistent reports reach us in the West about the situation in China. One the one hand, we are told that China lacks young people – especially young women; and consequently industries are leaving China to exploit the low-wage workforce in Vietnam and India. On the other hand, we are told about high youth unemployment in China, and the social phenomenon of young people “lying flat” and avoiding participation in the workforce; very confusing, if China really is running out of workers.

To echo Mark Twain – it ain’s what you don’t know that hurts you; it is what you know that just ain’t so.

To echo Mark Twain – it ain’s what you don’t know that hurts you; it is what you know that just ain’t so.

People forget that even “facts” also known as “data” are, to some extent, model-based and in that sense, are subject to Twain’s Warning. While trying to get Charlie Smith to understand the importance of modeling society using something like The Hutter Prize, he mentioned that the problem of “data cleaning” that he encountered as a co-founder of the DoE’s EIA, took up 95% of the analysis work. Consider the phenomenology of a CSV file: You must “bracket” (in the terminology of phenomenology) the file so as to put it in quotation marks, and then provide the meta-data you have about it. Then there is meta-data about the meta-data, and so forth.

But The Algorithmic Information Criterion collapses all that “data cleaning” into just another case of latent variable discovery. If you have the CSV file and you are not absolutely certain about where it came from, are you going to throw it out? It’s still data. It presents a “fact”, albeit bracketed in a way where the latent variable of the fuzziness of the meta-data needs to be reduced through imputation from other such “facts”. And, of course, even once you have done this imputation, it leaves a lot of field work to track down things like what some guy who is now retired to some expatriate community meant by some measurement – how he did it precisely and what sorts of errors/biases might have been induced.

It’s a huge problem, worthy of billions of dollars of investment to get right by any institution that is serious about macrosocial patterns like fertility and the impact on the human capital going into the economy.

To imagine that the kind of institutions that now control this data are going to be any better at this than a Hutter Prize incentive with similar funding levels, is like thinking the SLS is going to beat SpaceX’s SuperHeavy.

This idiocy is going to take down the global economy.

I’m reading about this news of China’s population decline in several places today. But I seem to be the only person who thinks it’s great news!

But I seem to be the only person who thinks it’s great news!

China’s population decline is a good thing because countries with an aging population aren’t inclined to march off on wars of conquest.

China’s population decline is a bad thing because gerontocracies looking at their population of military-age males shrinking may be inclined to think it’s “now or never” when it comes to settling scores.

While taking JABowery’s point about the unreliability of data, we should be cautious about extrapolating a prediction on the decline of the population of China into our sighs of relief. Some possibilities to consider:

Boys will be boys and girls will be girls – especially in a country that has no tolerance for gender-denying Wokeness. China’s low fertility problem could in principle be turned round very quickly – some might say overnight.

There are those scattered reports about young Chinese “laying flat”. Nothing that could not be fixed very quickly by a major conscription exercise to support a foreign adventure. Nothing like sending young men overseas to encourage a lot of last-minute romances, with subsequent population impacts.

China’s development over the last quarter century has involved a tremendous amount of construction. Once the population is in decline, the armies of workers in the construction industry will have to find other work. Building missiles, perhaps. Or building nuclear fallout shelters.

And let’s not forget about the huge Chinese diaspora. With the rapidly declining quality of life in the West and improving quality of life in China, it is just possible that China might benefit from a huge influx of Han Chinese immigrants. Note that Silicon Valley has already seen an outflow of Indians who have realized that their quality of life in Bangalore would be much higher than in San Francisco.

Then there is automation, where China is very much in the forefront. Even with a smaller population, China would still be able to outproduce the West in everything from cell phones to nuclear warheads.

Let’s all stay humble. The future may surprise us!

Note that Silicon Valley has already seen an outflow of Indians who have realized that their quality of life in Bangalore would be much higher than in San Francisco.

Who could have foreseen??? (aside from those of us who recognize that extended phenotypes work as well in human cultures as in natural environments

This is an example of why the global economy is going to collapse: It cultures virulent human ecologies by unconstraining migration of “hit-and-run” strategies (aka “horizontal transmission” between “non-ambulatory hosts” in the words of Paul Ewald).

The rate of innovation in data processing and explosion of data availability could avert all this if properly applied to the social sciences but that is guaranteed not to happened because of the very virulence that needs to be averted.

So, yeah, I’ve got my own suspicions about “data” like that coming out of China, but I’ve also got the ability to do my own “imputation of missing data” as any reasonably intelligent organism must in order to so much as locate its next meal.

Despite the apparent stupidity of China’s elites w/regard to the way they are going about handling their society, I’m still under the working hypothesis that their intelligence community/policy thinktanks are not only superior to those in the West, but are responsible for the subversion of our corresponding institutions.

It’s not just highly trained Indian engineers, a few years back my driver from Burkina Faso complained about the low quality of life in New York City and said he’s working on moving back. 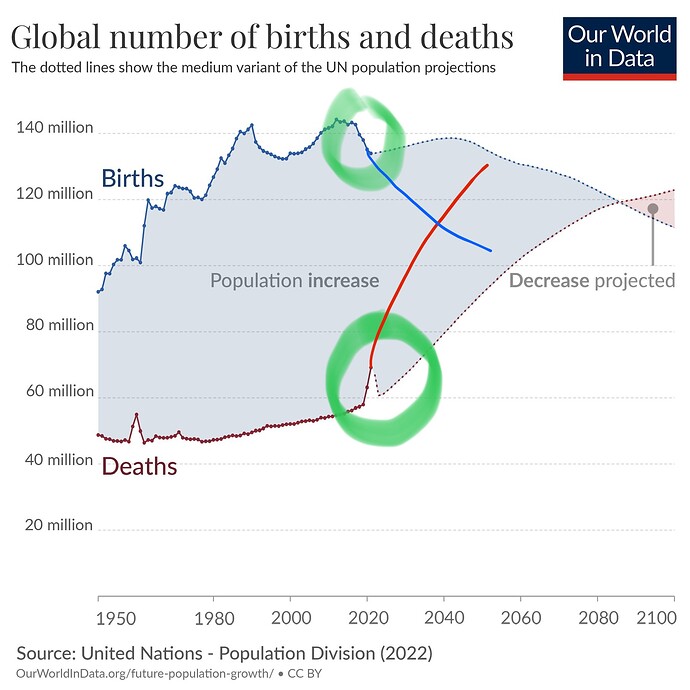 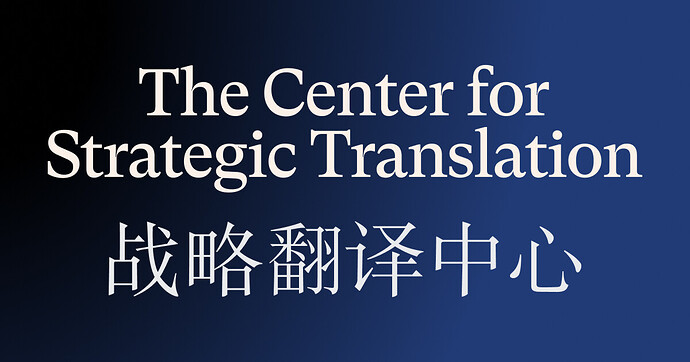 Persevere in Placing Political Security in the Predominant Position | The...

Some figures from this article in Asia Times:
334 Million reproductive-aged women in China (2020 figure).
9.56 Million babies born in China (2022 figure).

So, rather approximately, only about 1 Chinese reproductive-aged woman out of 35 had a baby last year. A marketer would say there is a huge opportunity for growth there!

The “Quit Your Job” guy reminds me of the motivational speakers who make money by telling you how they made money – but in this guy’s case he’s telling you how to make “fuck you money” without making any money:

He then says: “To make such bets you must be indifferent at some level to whether you end up a king or a monk, or even dead.”

Yeah, but the thing is he starts his story with an anecdote that pretty much destroys the rest of his thesis:

She believed in the virtue of poverty and also believed in me, so we didn’t worry about money.

While it is true that women have a “sixth sense” for men who have, as the author might say, “Providence on their side”, it is also true that they are far more risk averse than are men “to make such bets”.

This reminds me of the noise in a casino loudly clanging bells every time someone somewhere in the casino wins.

Palladium Magazine is for those of us who want to believe – believe that we bear little or no responsibility for the artificial selection regime within which the next generation is being denuded of the characteristics demanded in this by outbidding young men for the fertile years of young women.

Who are these “believers”?

Those who have won in the current artificial selection environment and want to believe its all “The Hand Of God” – not that they are an exemplar of the kind of creature that God abhors.