Bishop, California based space start-up Pythom Space has no shortage of ambition. Eric Berger reports at Ars Technica, “Company that aims to race SpaceX to Mars plays with fire”, “co-founders Tina and Tom Sjögren have the goal of flying to Mars in 2024—and if not then, by 2026”, quoting Tina Sjögren:

We see this as a new world. When Columbus sailed to America, there were both better boats and sailors. But no one else did it. He did. All it took was three weeks. It was not difficult; it was fear that held everyone back. It was believed that one would fall over the edge of the earth. Or be eaten by sea monsters. He showed… that was wrong.

The company, funded by two private investors to the tune of US$ 500,000, conducted what it described as a “Pythom Eiger Stage One Micro-Jump” test on 2022-03-19 and posted a video of the event. The original video was greeted with such howls of laughter and derision that the company has replaced it with a sanitised version, but the Internet never forgets and the original version is shown here.

Highlights show the booster, with one of the intended nine engines installed, being hoisted to a more or less vertical position by being towed by pick-up truck while its landing legs bend under the load and Pythom team members watch from underneath without a hard hat in sight. With no fuelling equipment in evidence, this implies the stage has already been loaded with its hypergolic propellants of furfuryl alcohol and nitric acid, the latter of which the company says it “cooks” from stump remover in a Breaking Bad-style recreational vehicle, noting:

Taking off from Mars surface to the orbiting Mothership, our MAV will have a dry weight of 710 kg and need 1500 liters of oxidizer. If we used nitric acid and 10 of the above distillation setups we could make 1500 liters in 600 hours - or less than a month.

That’s not how we’ll do it, there are much more effective ways, but still, good to know at this stage.

On Mars we will actually use MMH and NTO for propellant. Nitric acid and furfuryl/turpentine are great substitutes during tests of the rocket engines: Less toxic and less restrictions, but still storable and hypergolic.

When the rocket engine ignites and begins to chug like a putt-putt boat, belching out an orange cloud of dust and toxic oxidiser, none of the Pythom team, standing nearby behind a small berm, are observed to be wearing protective clothing or breathing equipment and respond with what appears to be the company’s Plan B—run like Hell. Here are the survivors celebrating this milestone. 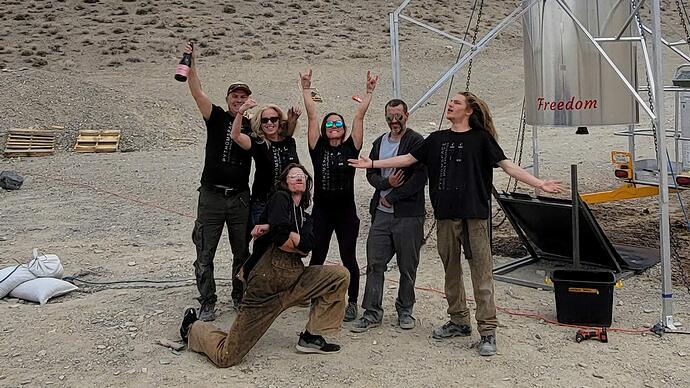 This is an artist’s conception of their Olympus Lander intended for exploration of Mars. 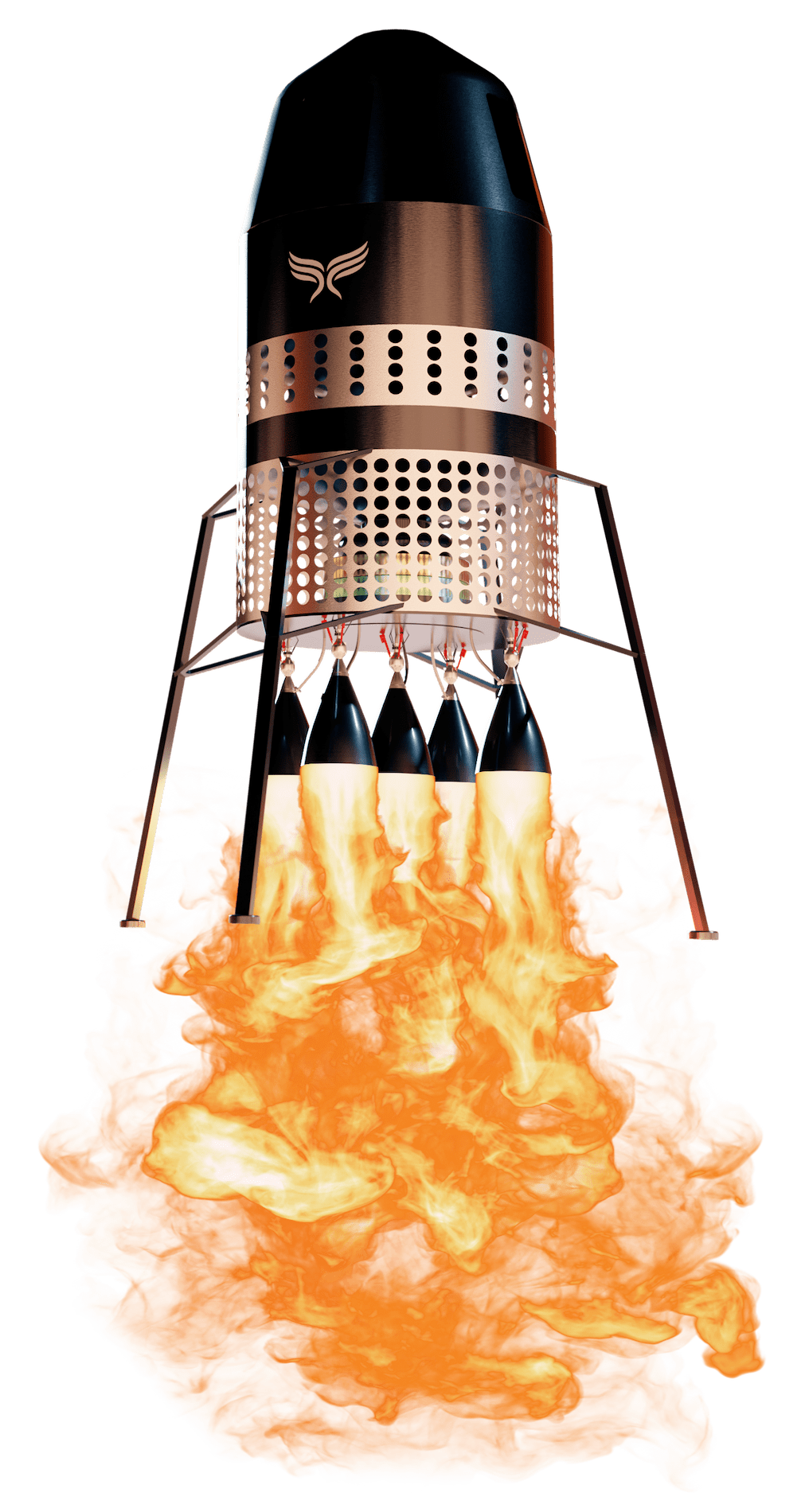 Jordon Noone, co-founder of Relativity Space, said upon viewing the video, “We knew better as untrained college students.” 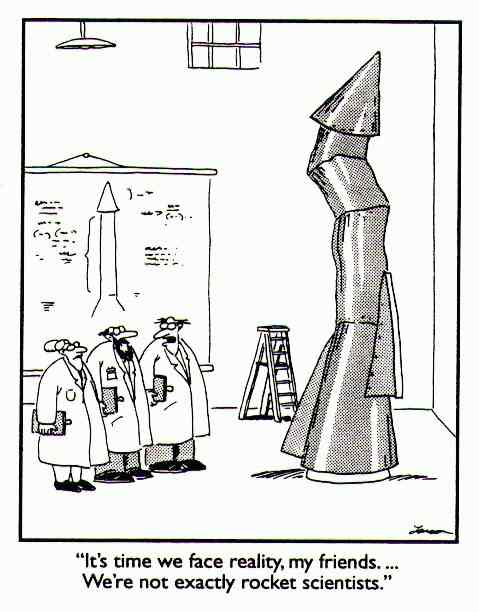 These guys might go big as YouTubers. That is some funny $#(+ right there. Southern boys got nothing on Pythom.

Then again, that has to qualify as a wet test and reusable rocket. All at less than 500k. Take that NASA and Space X.

Who knew the whole key to design was on the cover of 1960 era sci-fi comics?

We need to know who put up the 500g. My guess is they were about to mistakenly buy ocean front property in Arizona when a much better deal came along.