Darkness on a Polar Day 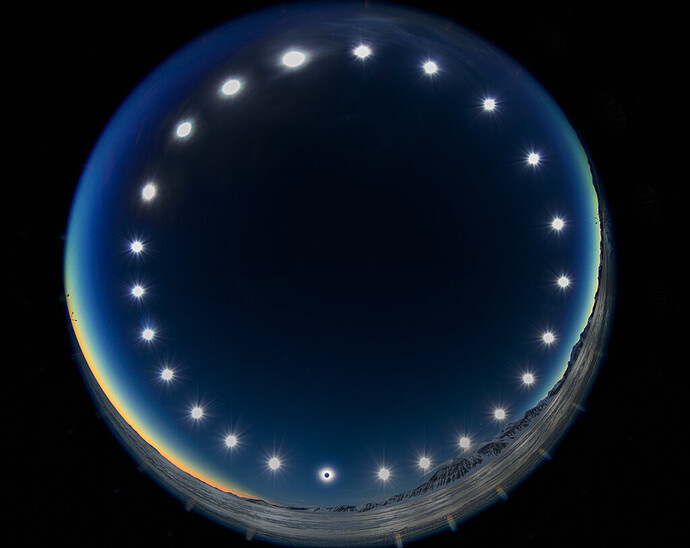 1024×814 96.3 KB
In the polar summer, the Sun never sets: it just goes around and around in the sky. But at Union Glacier Camp near 80° south latitude in Antarctica on December 4, 2021, there was a brief period of darkness when the Moon eclipsed the Sun. Photographer Stephanie Ziyi YE made this composite photo with a fisheye lens looking upward, capturing the Sun as it moved around the horizon for a full day, with the terrain exposed during totality. Note how areas around the horizon which are outside the Moon’s shadow are bright, creating the “360° twilight” effect of a total solar eclipse.

Here is a video of totality taken from Union Glacier Camp. To the right is 1450 metre Mount Rossman at the edge of the glacier. Notice how you can see the Moon’s shadow cone passing through the atmosphere above the site. This is particularly striking if you drag the video scroll bar to the left and right rapidly. You can see totality start and end when the Sun appears to enter the umbra shadow cone. 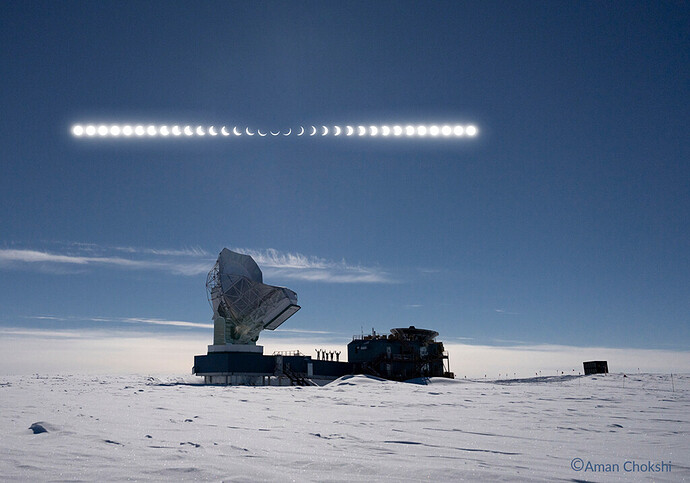 1024×717 136 KB
At the South Pole, the eclipse was partial, with 90% of the Sun’s disc blocked by the Moon. This composite, with solar images taken every four minutes around the maximum phase, shows the progress of the eclipse, with the Moon just missing the centre of the Sun, passing above it as seen from this perspective. In the foreground are the South Pole Telescope, which was one of the instruments that participated in the Event Horizon Telescope project to image a black hole, and the BICEP telescope which was the subject of Brian Keating’s 2018 book, Losing the Nobel Prize.