Debate—Is Life (and Intelligence) Rare or Ubiquitous in the Universe?

Here’s an interesting conversation between a physicist who believes life is extremely rare in the universe and a chemist who argues it is an inevitable consequence of the self-organisation of matter that began in the Big Bang and will be found to be abundant. Usually it’s the other way around.

Wow, I will have to set aside 3 hours to watch this. If one believes UFOs are real and the fact that the Pentagon has now admitted as much et-al then that clearly means we are not alone in the universe and the Fermi Paradox is falsified. My position on this is close to that of Gary Nolan in this podcast

PS Update I was told that Bill Nelson now head of NASA had someone on his staff check out my UAP physics work with Professor Keith Wanser (CAL STATE FULLERTON) in the light of similar work by Eric Davis and Hal Puthoff (with significant differences). I was also told that my UAP work was part of the agenda of a meeting in Miami this past Saturday Feb 5, 2022 between my source and Senator Marco Rubio and his Chief of Staff on the Senate Intelligence Committee. My source for these allegations is a personal friend of both Rubio and Nelson as well as Donald Trump and Di Santis. I have known him for 25 years and have no reason to doubt his information. I stayed with him in Miami in Oct 2011 prior to giving my talk on Low Power Warp Drive, UFOs and Metamaterials that was paid for by NASA AMES General Pete Worden at the time. This was years before Hal Puthoff, Lue Elizondo et-al mentioned metamaterials connected with UFOs.

Rubio and Gillebrand are the Odd Couple on this UFO issue. Hillary Clinton and John Podesta close to the late Senator Harry Reid are UFO advocates. So this is one issue that is bi-partisan.

On another note, I have a long time association with Larry Lemke retired NASA engineer who is co-author on the paper with Gary Nolan and Jacques Vallee

The problem of precise characterization, analysis, and eventual identification of unknown materials arises in many fields and takes many forms, depend…

Larry is working with me and Keith Wanser on UAP /UFO metric engineering physics.

CIA and DOD asked us to work on conscious AI and flying saucers fifty years ago as partly recorded in David Kaiser’s “How the Hippies Saved Physics.” I claim to have essentially qualitatively solved the “hard problem” and this means CONSCIOUS AI is not only possible but is being observed in the UFO Close Encounters as well as flying saucer propulsion. I can provide references if anyone is interested.

Let’s see how long they allow it. 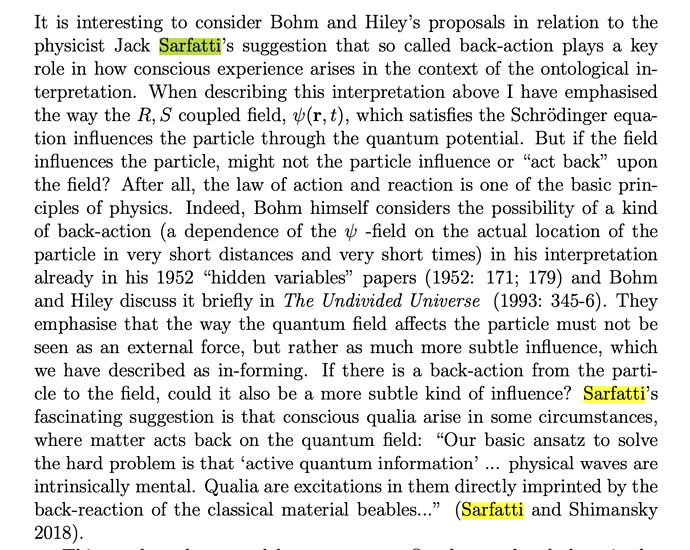