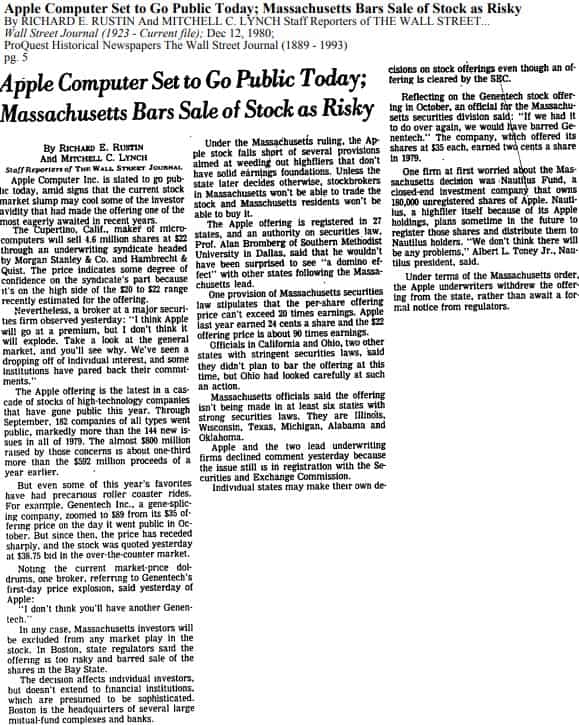 Five years later, shortly before Autodesk’s Initial Public Offering on 1985-06-28, Business Week called the company, and offering, a “high-flyer that may not fly”. In 1986 and 1987, Business Week named Autodesk the “Number One Hot Growth Company in America”, the first time any company had won that award two consecutive years.

What would the people do without the governments protection?