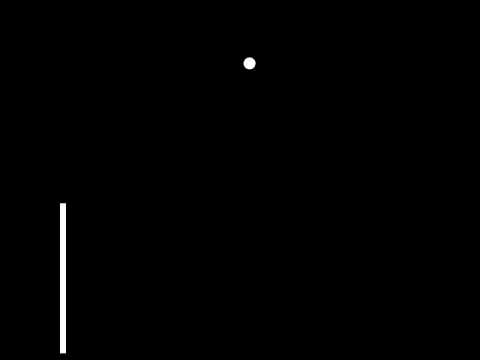 This one minute video of a Pong game isn’t a very impressive exemplar of wizardly with the paddle. But, like the singing dog, it isn’t how well it sings, but that it sings at all. Here the “player” is a clump of around 800,000 biological neurons harvested from embryonic mice and human stem cells. The neurons were placed in a dish and received electrical stimulation indicating the location and distance of the ball and their output is used to control the movement of the paddle. Feedback is provided as stimuli indicating whether the paddle hit or missed the ball. The bionic apparatus is called “DishBrain”. 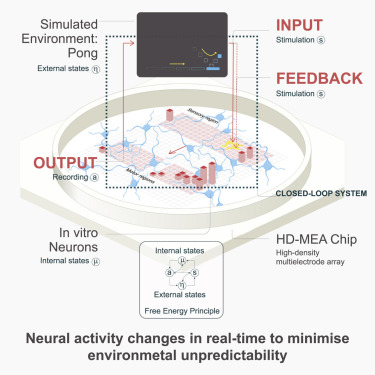 Without feedback, the neural network plays poorly, but when presented with feedback, it rapidly learns to play in as few as five minutes. The authors conclude that the feedback signals are inducing neuroplasticity that allows the neurons to “learn” how to play the game. They conjecture that biological neural systems which can manipulate their environment act to improve their ability to predict its behaviour.

The research paper in Neuron is “In vitro neurons learn and exhibit sentience when embodied in a simulated game-world”; full text is available at the link. Here is the abstract:

Integrating neurons into digital systems may enable performance infeasible with silicon alone. Here, we develop DishBrain, a system that harnesses the inherent adaptive computation of neurons in a structured environment. In vitro neural networks from human or rodent origins are integrated with in silico computing via a high-density multielectrode array. Through electrophysiological stimulation and recording, cultures are embedded in a simulated game-world, mimicking the arcade game “Pong.” Applying implications from the theory of active inference via the free energy principle, we find apparent learning within five minutes of real-time gameplay not observed in control conditions. Further experiments demonstrate the importance of closed-loop structured feedback in eliciting learning over time. Cultures display the ability to self-organize activity in a goal-directed manner in response to sparse sensory information about the consequences of their actions, which we term synthetic biological intelligence. Future applications may provide further insights into the cellular correlates of intelligence.

The introduction to the paper sets out the agenda for this research.

Harnessing the computational power of living neurons to create synthetic biological intelligence (SBI), previously confined to the realm of science fiction, may now be within reach of human innovation. The superiority of biological computation has been widely theorized with attempts to develop biomimetic hardware supporting neuromorphic computing. Yet no artificial system outside biological neurons is capable of supporting at least third-order complexity (able to represent three state variables), which is necessary to recreate the complexity of a biological neuronal network (BNN).

Theoretically, generalized SBI may arrive before artificial general intelligence (AGI) due to the inherent efficiency and evolutionary advantage of biological systems.

A popular description of the work from ScienceAlert is “A Dish of Brain Cells Figured Out How to Play Pong in 5 Minutes”.