Earth and Moon from the Lunar South Pole 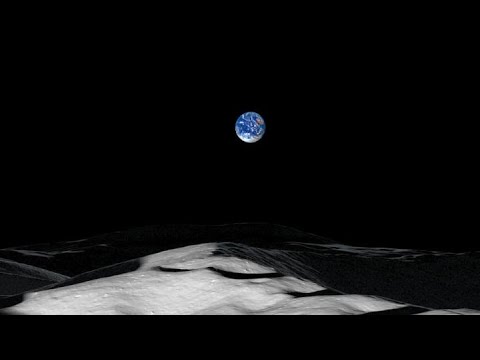 This computer-generated animation shows the Earth and Moon as viewed from the rim of Shackleton crater near the Moon's south pole, with the camera aimed at the mean position of the Earth. The Sun circles the horizon once a month, never more than 1.5 degrees above or below the horizon. The Earth bobs around its mean position with the lunar librations due to the eccentricity and inclination of the Moon's orbit. Shackleton crater is deep, 4.2 km, and in perpetual shadow. It is believed that water and other volatiles may have collected there.