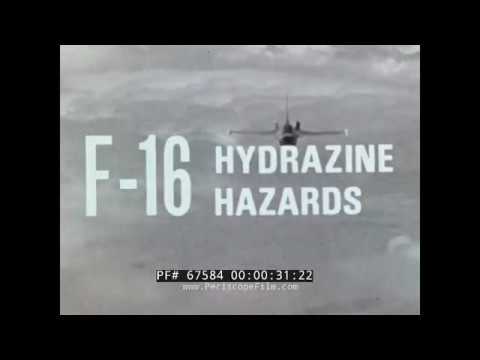 The F-16 was the first aircraft in the U.S. Air Force inventory equipped with a digital fly-by-wire system which translates pilot inputs into control surface movements and compensates for the inherent aerodynamic instability of the design, which improves its maneuverability. Loss of electrical power to the flight control computer would render the plane completely uncontrollable and sure to crash. Electrical power is usually supplied by a generator attached to the jet engine, and in a single engine aircraft, an engine failure also means loss of electrical power, which would be catastrophic. To cope with this contingency, the F-16 is equipped with an Emergency Power Unit (EPU) that uses hydrazine monopropellant fuel decomposed by a catalyst to power a turbine that generates electrical power and hydraulic pressure to maintain control in the event of engine failure. The EPU starts automatically if engine power is lost, and can also be started manually by the pilot.

The fuel is called H-70, a mix of 70% hydrazine and 30% water. Hydrazine is a highly toxic liquid which¸if you smell it, you’ve already been exposed to its vapour at twenty times the permissible exposure limit. This late 1960s training film, produced for the U.S. Air Force, describes the F-16’s EPU and warns maintenance personnel of the hazards of and precautions for working with hydrazine.

Here is cockpit video of an F-16 performing a dead stick emergency landing after an engine failure, using the EPU for flight control. At the 3:00 point the airport where the plane landed is warned about the hydrazine in the running EPU. 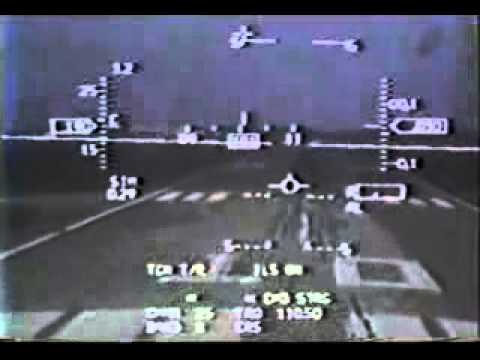 If that film was produced in the late 1960s, the buried lede is how and where they obtained film footage of an airplane whose prototype was built years later.

Its trustworthiness is never certain, but Wikipedia says of the prototype F-16 aircraft: “The first YF-16 was rolled out on 13 December 1973.”

That dead-stick landing sequence is amazing. As my uncle used to say about the F-104 and F-16, they are engines with fins. I’d imagine the glide ratio of a thrust-free F-16 to be only slightly above that of a brick.

More like a safe. A bank safe. Those puppies weren’t light.