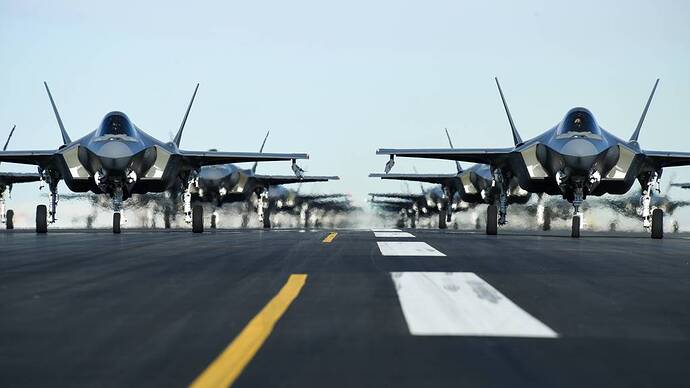 Finland picks the F-35 as its next fighter, continuing the U.S. warplane’s...

The Finnish government has picked the F-35 as the replacement weapon for the country’s F-18 Hornet fleet, known as the HX program, according to a Ministry of Defense statement.

In a statement, Dassault painted Finland’s pick as a decision in favor of the United States, presumably over its neighbors on the continent. “Once again, we notice and regret an American preference prevailing in Europe,” reads the statement, posted on the company’s website.

In truth the F-35 rather sucks as a fighter. It was built by a committee — reminiscent of the TFX of McNamara days.

The problem is that it was to be all things to all services. The Marine Corps wanted to replace their jump jets with something better (not hard) so the F-35 got lousy fighter characteristics because it is a VTOL. Its non-VTOL configuration would have made it a serious fighter, but as it stands, it is likely to be beaten by any number of enemy fighters.

One should take note of the fact we are selling F-35’s as fast as we can get them out the door, but we won’t ship any part of an F-22.

Dumb question: How many parts in [insert name of any European or US military plane] are sourced directly or indirectly from China? Or from Taiwan? Or from Russia? Or even from Switzerland, with its manufacturers’ track record of objecting to any client actually putting their products to their intended use. Just asking!

Its non-VTOL configuration would have made it a serious fighter, but as it stands, it is likely to be beaten by any number of enemy fighters. 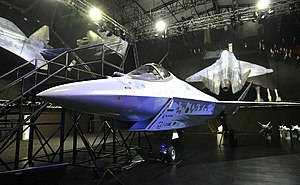 The Sukhoi Su-75 "Checkmate" (Russian: Сухой Су-75; LTS, short for Light Tactical Aircraft in Russian), is a single-engine, stealth fighter aircraft under development by Sukhoi for export and for the Russian Aerospace Forces. The Sukhoi Design Bureau also designates the aircraft as T-75 with marked registration RF-0075. A prototype was unveiled at the 2021 MAKS air show with President of Russia Vladimir Putin in attendance. The Checkmate's maiden flight is expected in 2023 and initial deliver...

The F-35 is dependent on rare earth elements which China is the overwhelming miner. They have used this position as trade leverage and punishment. I don’t recall the years, but the first time the restricted exports, the prices skyrocketed and other mines opened. The price crashed when they stopped restricting exports. The mines closed. However, the DOD sponsored a US mine in California in maybe 2018.

Aluminum is also dependent on magnesium which again China is the overwhelming supplier.

I guess the good news is that very pure silicon chips are dependent on a quartz that is only mined in North Carolina or somewhere in the US. Other deposits exist but are thought to be small relative.

So we can’t get chips but they can’t make the silicon.

I will look for the report on the quartz in case my memory is wrong or mistaken.

However, the DOD sponsored a US mine in California in maybe 2018.

From what I understand (certainly incomplete), the US sends ores containing rare earths to China for processing. Just another case of our Betters exporting pollution so they can pat themselves on the back about how “Green” they are locally.

All of this interdependence points to a rather obvious conclusion in a world in which the West’s Political Classes are spoiling for fights over the Ukraine and Taiwan – it would be impossible for the West to sustain a long conventional war against a peer, and probably very difficult for Russia or China. This makes it near-certain that whichever side found itself losing because of lack of materiel would go nuclear.

MY understanding is that India is the unappreciated purveyor of all kinds of things - including rare earths. They are the stealth giant among nations, having a huge modern army, sophisticated rocketry, lots of nukes, massive economy, and one of the youngest populations around. 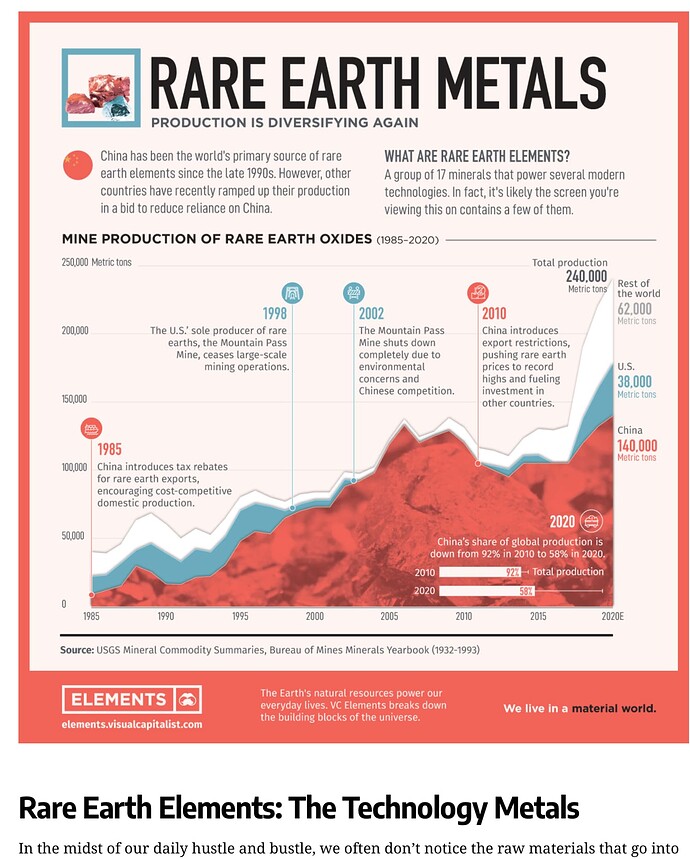 While the mining of rare earth metals is diversifying, 80% of refining still occurs in China. With the demand for rare earths projected to double by 2030, building both mining and refining capacity overseas may prove key in reducing reliance on China.

India’s rare earths reserves sit at 6.9 million MT, and it produced 3,000 MT of rare earths in 2020. However, there are reasons to believe the country’s rare earths industry has potential. India has nearly 35 percent of the world’s beach and sand mineral deposits, which are significant sources of rare earths.

Interesting design. I note it seems to be, once again, aimed at ACM at and above 40k feet. One would have thought the Russians learned their lesson with the Mig-25, but apparently not. No one fights above 40K’; it’s only use would be to try to knock down U-2’s, not really a concern for many of the “target” nations. I thought India as a potential purchaser was interesting, seeing as India seems to be developing its own stuff in many directions. ?Why would they be a purchaser of a low-cost fighter. Doesn’t seem to fit their style.

Any war that India fights with China or Pakistan will be fought at high altitude due to terrain.

India is very cost sensitive and will look to numbers of platforms.

Cost is a big reason why Israel has disproportionately large numbers of F-16s relative to 15s and we have never sold 15s in Europe.

Cost may be ONE reason Israel has 16’s but there are others. 16’s are quicker reacting and more agile, a plus in that Mideast theatre.

Fighting in Pakistan we didn’t seem to have issues with the altitude. Over 40k is very high altitude. Unless you are postulating ALL the fights will be over Everest, the ground may be closer but you’re still fighting under 40k.

Fighting over 40k, you might as well consider fighting over 60k, because 10-20k bounce isn’t unusual. Disengage and you will need 5-10k for spacing and to be out of his ARM reach. Not much maneuver up that high. You’re like an SR - you have to be freaking fast. You’re not going to outturn the guy; you’re going to outrun the guy.