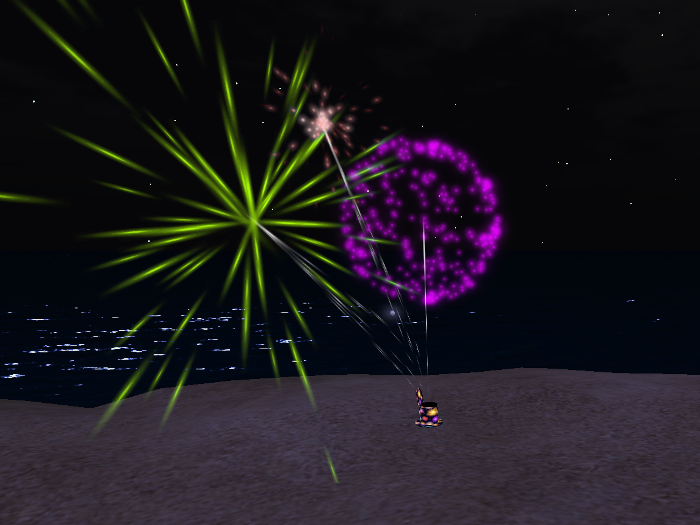 I have just released Fourmilab Fireworks for the Second Life virtual world. It is a fireworks launcher which is programmable, versatile, extensible, free, and sold with full permissions (including all of its scripts). It may be worn as an avatar accessory (usually as a hat) or instantiated as an object in-world. It can be controlled by commands in local chat or programmed from scripts in notecards, and can run pre-programmed shows at scheduled times. Fireworks burst effects are fully programmable by commands declared in notecards and can display any particle system effect possible in Second Life. Launch and burst sounds are sound clips, to which the owner can add their own sounds. Sound clips or embedded media from Web sources may be played to accompany the show. Scripts can define menus which allow the users to choose shows or launch specific effects from a menu control panel.

Here is a video demonstrating some of the features of Fourmilab Fireworks.

Complete source code is posted on GitHub and available under the Creative Commons Attribution/ShareAlike license.

Included with the fireworks launcher is an Optical Effect Compiler which allows you interactively design and test any particle system effect that Second Life is able to display. You can use any particle effect for firework launches and bursts, either programmed from notecard scripts or chosen at random from user-defined collections.

Fireworks shows may be accompanied by music, sound effects, or narration defined in sound clips, sequences of sound clips played with buffering to avoid pauses, or from Web URLs such as the YouTube Audio Library or the Archive.org collection of public domain recordings. The product includes sound clip collections for excerpts from Handel’s Music for the Royal Fireworks and Tchaikovsky’s 1812 Overture.

When visiting areas that do not allow you to create objects, you can wear Fourmilab Fireworks as a hat and blow your top wherever and whenever you wish, including automatically upon arrival in a new region. 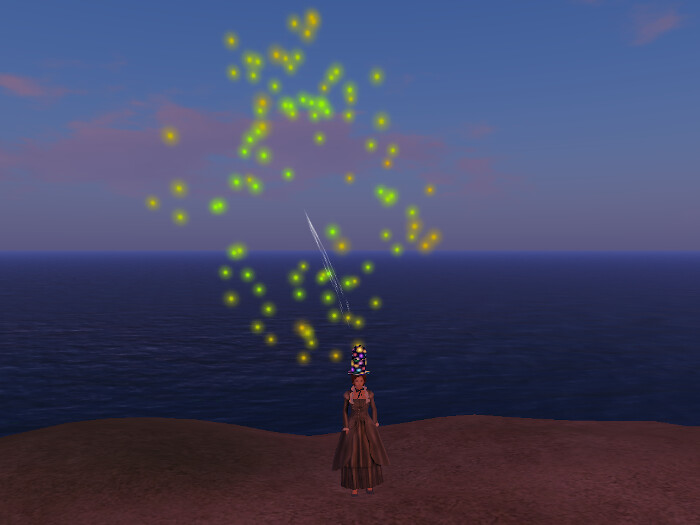 (GitHub thinks these Second Life notecard files are some kind of programming language which it “enhances” by syntax-colouring certain words. Ignore the rainbow of text colours: this diversity will not appear when the document is displayed in Second Life.)

For fireworks afficionados – an example from happier pre-Covid days of what is possible when Arab money meets Chinese know-how and a convenient water channel where fireworks barges can be moored: Chinese New Year fireworks in Abu Dhabi.