The object is fully programmable from scripts defined in notecards and includes a user-defined menu system which allows linked and hierarchical menus to control it. A demonstration script is included, as well as an example showing how the handedness (chirality) of three-dimensional objects may be changed by rotating them through the fourth dimension. A “Mega” version which supports four-dimensional objects with up to 96 edges, allowing display of the 24-cell icositetrachoron, is included, but has a land impact of 97 and requires land with sufficient free capacity to use. For complete details, see the Fourmilab Tesseract User Guide, included as a help file with the product.

Source code for this project is maintained on and available from its GitHub repository. 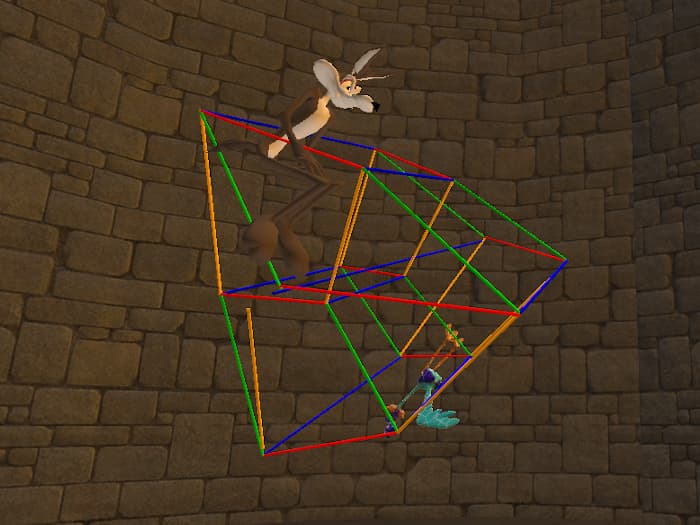