Frank Drake, pioneer in the Search for Extraterrestrial Intelligence (SETI), leader of Project Ozma, the first search for radio signals from extraterrestrial civilisations, developer of the Drake Equation, expressing the number of transmitting technological civilisations expected to be present in the galaxy at any given time, creator of the Arecibo Message, the first deliberate transmission from Earth to the stars, co-designer with Carl Sagan of the Pioneer plaque, the first physical message sent beyond the solar system and the subsequent Voyager Golden Record, died on 2022-08-02 at the age of 92 of natural causes.

Drake was a professor of astronomy and astrophysics at Cornell University and the University of California at Santa Cruz, a member of the National Academy of Science, and chair of its physics and astronomy board from 1989 through 1992. While at Cornell, he led the project to convert the Arecibo antenna from a military radar facility to radio astronomy observatory and served as its director. 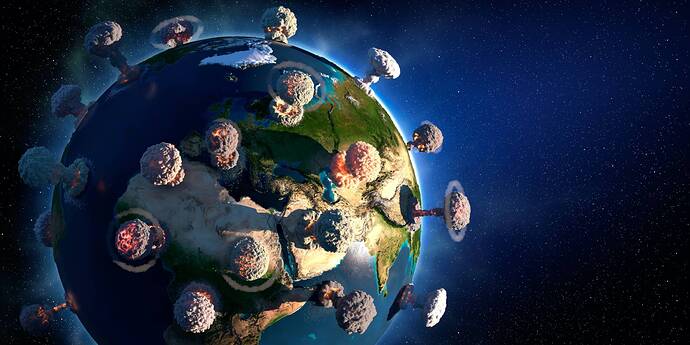 Michael Crichton’s 2003 warning about corrupt peer review in science has proved true during the COVID-19 crisis.

Yeah, can’t say he matches up with my. worldview or my understanding on the origins of the universe or life. And I don’t believe the data suggests he’s right - on any number of planes.

I completely disagree. The main purpose of the Drake equation was to make explict our ignorance of the parameters which determine how many communicating technological civilisations are present in the galaxy at a given time, and hence demonstrate that both of the poles of opinion—that Earth is probably alone in the galaxy in hosting such a civilisation, or that development of technology is inevitable and communicating civilisations will be abundant throughout the galaxy—could not be supported by the evidence in hand at the time and that hence the proper scientific approach to the question was to simultaneously observe for evidence of such civilisations and study the processes which affect each parameter to narrow the uncertainty of the estimate.

Since Drake proposed the equation in 1961, there has been substantial progress in improving our knowledge of the parameters. Until 1992, astronomers had never detected a planet orbiting another star, and many believed that planetary systems were rare. Now we have found more than five thousand exoplanets and estimate there may be more planets than stars in the Milky Way. Before the discovery of exoplanets, estimating the number of planets which might support life was nothing but a guess. Now we know there may be as many as 40 billion Earth-like planets in the galaxy, with 11 billion in the habitable zone of their stars. In 1961, it was assumed life could form only on the surface of a planet with liquid water. Now we know that many moons of gas giants have sub-surface oceans rich in organic material which may host life.

And so on…. As data come in, the estimate from the Drake equation is refined, and the equation itself motivates researchers to collect relevant data. The next generation of space telescopes may be able to observe the atmospheres of exoplanets and detect out-of-equilibrium mixtures of gases which are the signature of life, pinning down the presently completely unknown f_l parameter (fraction of planets that actually develop life) in the equation.

STILL doesn’t match my worldview nor understanding of the present knowledge of the origin of the universe nor life.