Also, see the 2022-08-23 post, “From 1949—Dictaphone Time-Master Dictation Machine”, with more about the history of Dictaphone and its plastic belt recording technology.

Imagine if recording media had not shrunken so considerably from paraffin cylinders. The Utah Data Center would have had to cover the entire state; it would have been the only game in town, leaving no room, even for poly-gamy! On a more serious note, though, recording was promoted by Dictaphone for its permanence and accuracy. Well, Edward Snowden reinforced and extended the notion of permanence but accuracy no longer exists. With sophisticated post-processing (leaving out the ability to manufacture video/audio de novo), the accurate, factual character of audio and video recordings no longer exists - at least not for what appears in mass media.

I suppose that with sufficient technical expertise and equipment, experts may still be able to ascertain real from deep fakes. Nonetheless, the effects of such revelations - after millions have already seen faked “facts”, are likely impossible to undo. As can be seen from movies portraying historical fiction, it is apparent that factual reality is easily defeated by a video in any case, especially in a well-told story line portraying the creator’s preferred narrative; the narrative may well be widely accepted, even if it is antithetical to the true historical facts.

I suppose that with sufficient technical expertise and equipment, experts may still be able to ascertain real from deep fakes.

Speaking of deep fakes, we have this announcement from yesterday. 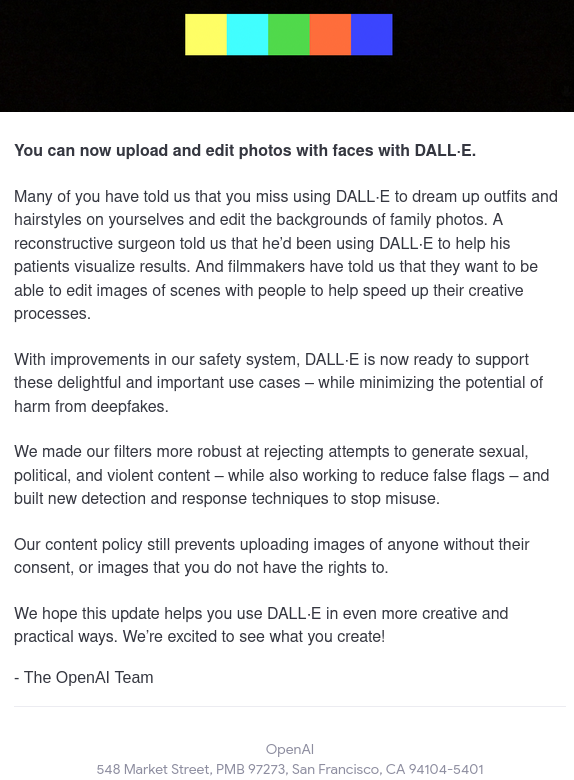