From 1957—“Individual Protection against Atomic Attack” 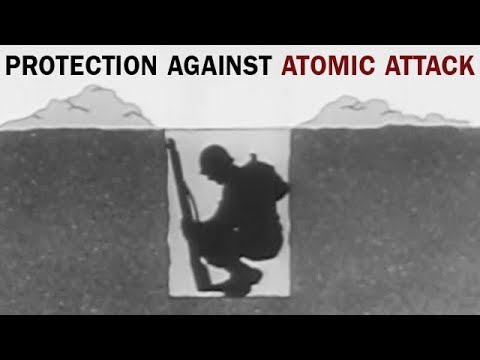 This episode of the 1950–1960s U.S. Army television series The Big Picture presented an Army training film for infantry soldiers faced with nuclear weapons on the battlefield. From the conclusion,

Today the Army is training its soldiers against possible nuclear warfare. As you have seen, part of this training is to familiarize as many soldiers as possible with actual atomic detonations, showing them the damage such weapons can inflict and teaching them the most effective methods of defense against atomic attack.

Between 1951 and 1957, the U.S. conducted eight Desert Rock exercises, in which a total of 68,500 Department of Defense personnel observed nuclear tests in Nevada, including 21,900 who participated in tactical maneuvers in the vicinity of the detonation. 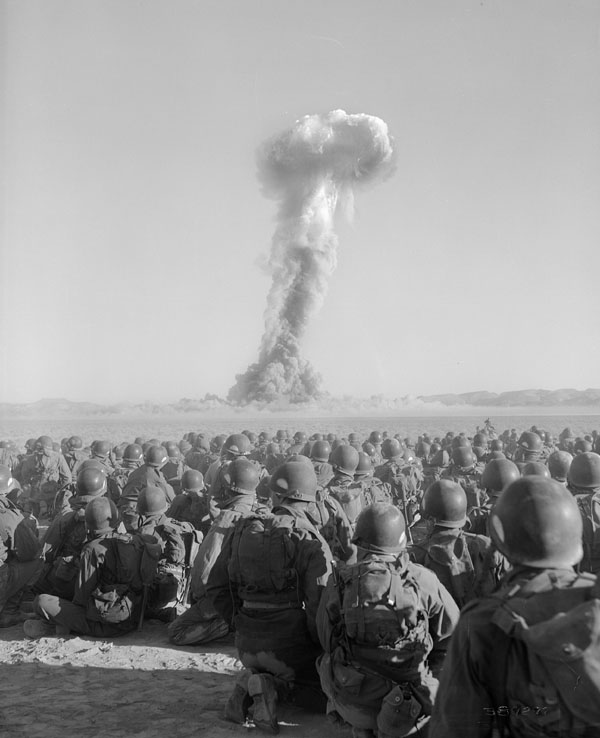