China is doing a version of the DARPA Award, with a focus on gigapixel image detection, tracking, and trajectory prediction. This helps establish China as the leader in a key technology for military and mass surveillance applications.

GigaVision program seeks to revolutionize computer vision when it meets gigapixel videography with both wide field-of-view and high-resolution details.

GigaDetection challenge is to conduct multiple object detection task in gigapixel images, i.e., inferring the bounding boxes of objects of interest with given static gigapixel images.

GigaTrajectory challenge is to conduct pedestrian trajectory prediction task in gigapixel videos, i.e., predicting the trajectory of the pedestrian for a certain period of time afterwards, given the short-term trajectory.

(multiple edits, it was hard to create a copy-pasted summary of the page)

One test of any of these contests is whether someone wins immediately. Sometimes the sponsors don’t actually know how well developed the field is. 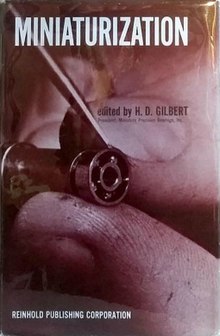 There's Plenty of Room at the Bottom | Challenges

At the meeting Feynman concluded his talk with two challenges, and offered a prize of $1000 for the first to solve each one. The first challenge involved the construction of a tiny motor, which, to Feynman's surprise, was achieved by November 1960 by Caltech graduate William McLellan, a meticulous craftsman, using conventional tools. The motor met the conditions, but did not advance the art. The second challenge involved the possibility of scaling down letters small enough so as to be able to