I’ve been pilloried before elsewhere, even by some of you, dear polymaths, for mentioning Bastille Day. But every July 14 I feel a frisson of the old excitement. I always used to give a Bastille Day party, and I’d wear a thin red ribbon around my neck like they used to do in the revolutionary salons to indicate a close brush with the guillotine. I haven’t done one lately cuz it’s not so pleasurable now that we are once again living in an age of ideological terror.
Yet will I write to mark 1789: it set in motion an avalanche if events which changed…everything? Lotsa things? The incredible achievement, whether you like it or not, of the French revolutionary wars,
“In the wild fifth year of the change of things/ When France was glorious and blood-red, fair/ With dust of battle and deaths of kings/ A queen of men, with helmeted hair…”
Of course our revolution came first,and I have read that theirs my even have been caused by ruinous French aid to ours. France was destitute, unable to feed its populace in 1789–and that makes it all the more remarkable that the country was able to mobilize and take Europe by storm, toppling thrones and desecrating altars, just five years later. I’ve read that they did that by putting every citizen, from babes to dotards, to work to provision the Grande Armée. People too feeble to work had the job of praising and encouraging the laborers as they manufactured boots and guns and uniforms or grew what food went to provision the soldiers (although famously they scrounged up food from the countryside of the nations they traversed.) . 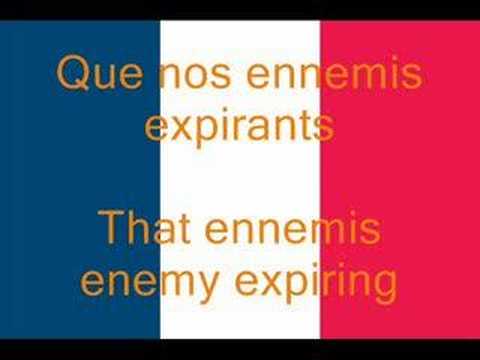 The Bastille was hardly much of a prison – just a handful of aristocrats locked up because they had annoyed the king. Murdering the guards and releasing the few inmates did not accomplish much.

Surely the historical message of the storming of the Bastille is that once a previously stable polity starts to crack (and the French aristocracy had been in power for centuries), no-one can tell how that cookie will crumble.

Perhaps in a couple of hundred years, July 4th will have been forgotten in North America, and the residents of whatever states then occupy that land area will celebrate January 6th as the first stone in the avalanche which swept away the ancien regime.

If by the ancien régime you mean the swamp, then: À la lanterne!!!
Yes I know: there were only I think 6 prisoners in the Bastille, mos’ly eccentric people whose relatives had written a lettre de cachet to the king asking that they be put out of the way. Néanmoins…! !

Rather bloodthirsty for cheese-eating surrender monkeys.

I think about that epithet all the time. The Grande Armée was the terror of the world, especially under Napoleon. How did their military reputation fall so far in a little over a century? I reckon that started with the Second Empire’s catastrophic defeat at the Battle of Sedan, cemented by “le débâcle” at the beginning of WW II. It brings to mind Kipling’s poem “Recessional”:

“ Far called our navies drift away,
On dune and headland sinks the fire,
And all our pomp of yesterday
Is one with Nineveh and Tyre.” 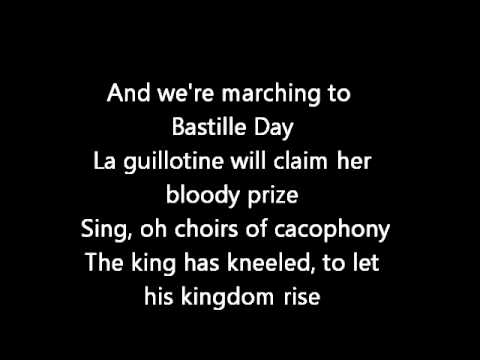