Alan Stern, principal investigator for the New Horizons mission to Pluto and the Kuiper belt, describes a high-thrust, high specific impulse fusion drive which could be flying missions by the end of this decade. The first of four development phases has been concluded and the funding for the second phase is now being concluded.

The drive is not a conventional steady-state fusion reactor, and its developers claim that the technical requirements for the propulsion cycle are much easier to achieve than those of a fusion power reactor. It can be thought of as a “fusion afterburner” for a nuclear electric propulsion system, and the performance claims are wild: This is a constant-acceleration “torch ship” drive, which can get to Pluto in three years, Mars in few months, not requiring planetary alignment, and the inner edge of the Oort cloud at 1000 astronomical units in 11.5 years. An evolutionary “XL” class gigawatt drive using lunar-source helium-3 fuel could get there in 2.8 years.

This sounds whacked out, but Alan Stern believes it will work and has joined the advisory board of the company. The list of partners on the project is impressive. 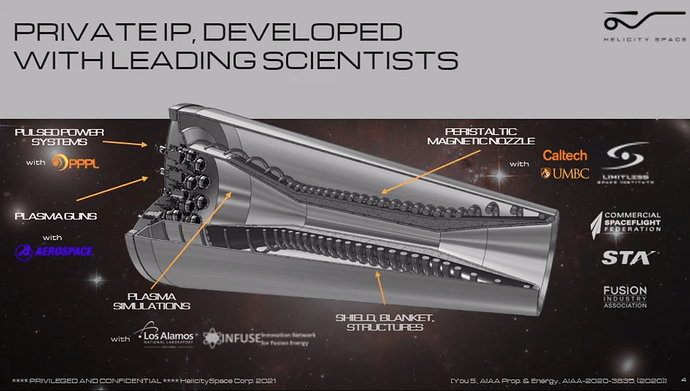 A flight-weight drive able to launch 5 tonne payloads to the outer solar system in a few years is estimated as within the payload capacity of a Falcon Heavy, and the “XL” could be launched with SLS. 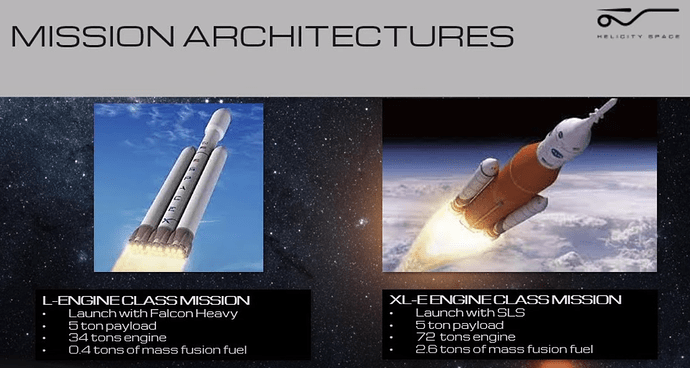 Total development cost for the four phase project, leading to an in-space demonstration mission of a working drive, is estimated as less than US$ 400 million, which is less than half (or maybe a quarter, depending on how you account for it) the cost of a single “Artemis” launch of the SLS.

I don’t have a clue how this works. Talk about fusion afterburners is great – but Newton still gets to play; action and reaction. How can such a small amount of deuterium fuel produce enough of a reaction force to accelerate the fairly chunky rocket continuously for periods of years?

Also, the answer to the reasonable question at the end of the presentation did not seem particularly clear – If Helicity believes it can achieve controlled fusion (something which has been only 20 years in the future for around 80 years now), why not first make a fortune by adapting the technology to ground-based power stations?

And in today’s world, we have to ask the other obvious question: If the physics actually seem to make sense, why has China’s very active space program not already bought the company and moved it to Shanghai?

I confess to massive ignorance in posing such questions.

If the UAP Five Observables evidence is real and not some elaborate hoax, then even this technology is obsolete. Low power warp drive completely changes the space game. US Navy pilots report encounters with machines whose motion can only be explained as warp drive. Technically, this means that the strength and the sign (+ or -) of the coupling k in Einstein’s gravity field equation

is controllable and able to increase by many powers of ten keeping some desired warp field Guv fixed, therefore decreasing the required stress-energy tensor Tuv.