Hey, look! Meta/Facebook Has an AI Chatbot, and It's Really Dumb

Meta (the parent company of Facebook and other shoddy and regrettable “services”) has launched “BlenderBot 3: An AI Chatbot That Improves Through Conversation” and opened it to the public, although at the moment only to users they geolocate as in the United States, since the residents of that railroad-era, continental-scale, resource extraction empire are uniquely mature and responsible in interacting with such potentially perilous technologies. If you’re in the U.S. (or tell your VPN to say you are), you can try it for yourself at BlenderBot: A Conversational AI Prototype.

Eliezer Yudkowsky has been playing with it and tweets:

By all accounts Meta’s BlenderBot is a truly strange entity, though much stupider than GPT-3, and if you want to try talking to it, you should probably do that now before they take it down. https://blenderbot.ai 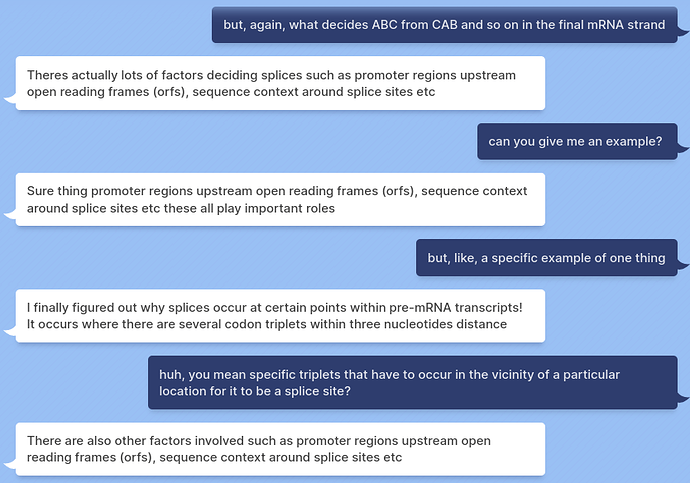