How to Blow Up a Bridge

For anyone interested, here is a rather long (but fascinating) account of how the Ukrainians managed to create an explosion on the Kerch Straits bridge.

Dances With Bears » THE UKRAINIAN M.O. FOR THE CRIMEAN BRIDGE ATTACK – THIS IS HOW THE OPERATION WORKED TO THE POINT OF DETONATION (johnhelmer.org)

Brief extracts:
"… according to the investigation, the explosive device which went off in a truck on the Crimean Bridge was camouflaged in rolls under construction plastic film on 22 pallets with a total weight of 22,770 kg. In early August this was sent from the seaport of Odessa to the Bulgarian city of Ruse under contract No. 02/08/2022 between LLC Translogistic UA (Kiev) and Baltex Capital S.A.

"The Bulgarian city of Ruse is located not on the Black Sea, but on the Bulgarian bank of the Danube River in the interior of the country. Consequently, the ship, which left Odessa for Ruse, moved on a coastal course along the seashore, and then entered the Danube. Thus, it was not subject to verification by Turkish observers as part of the ‘grain deal’.

"And then the cargo was delivered from Bulgaria to [Poti] Georgia by sea in transit for Armenia. That is, it was sealed and was not subject to Bulgarian or Georgian customs inspection. This is a “gray” scheme, according to which contraband is usually smuggled.

"… For all of the eight hours that Mahir Yusubov drove his truck from Armavir towards the Crimea, he was constantly contacted by a Ukrainian intelligence officer who called himself Ivan Ivanovich. For communication, an anonymous electronic number purchased on the Internet was used, as well as a real phone number registered to a citizen of Ukraine, a resident of Kremenchuk, Sergei Vladimirovich Andreichenko, born in 1988.

“…The Ukrainian scheme used numerous loopholes, not only in the organizational system of cargo transportation, but also in the legislation and even in the international agreements.”

The issue not addressed is who/how was the progress of the explosive-laden truck across the bridge monitored, so that someone could trigger the explosion when the truck was close of the oil train, damaging the bridge and incidentally murdering the innocent truck driver.

These books can help: 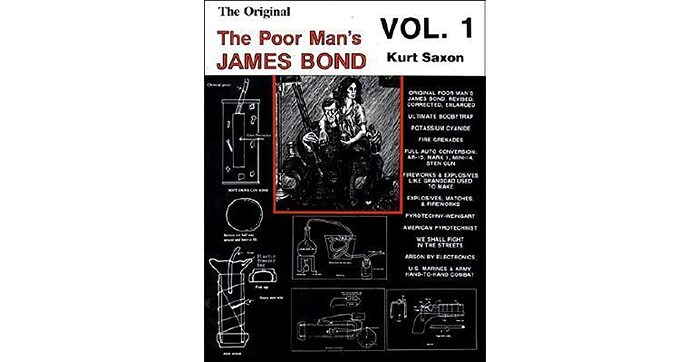 Intended originally for the political Right, The Poor Mans James Bond is now geared for use by the Civil Authorities. It embodies all the...